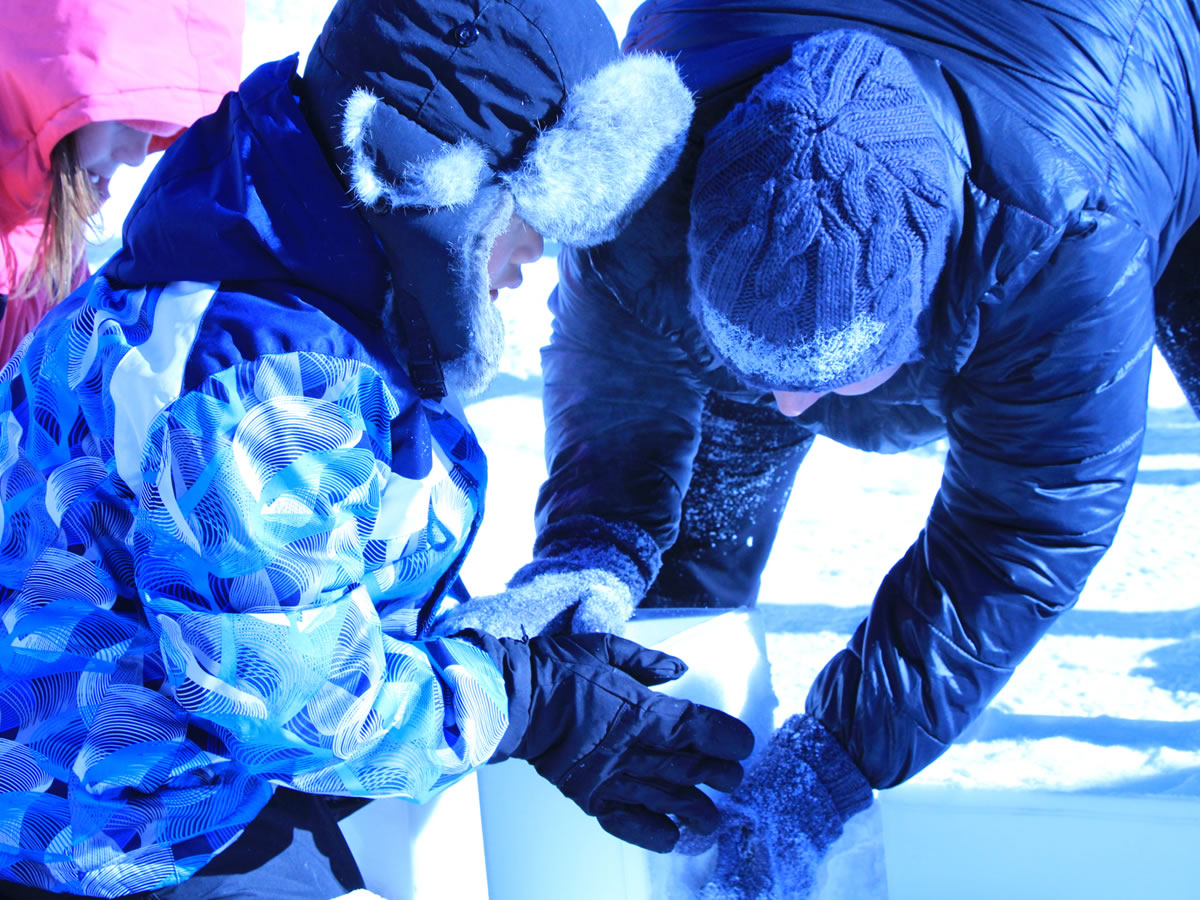 Today we welcome Downtown Peggy as our guest blogger. Peggy blogs about shopping, dining, and entertainment in downtown Winnipeg, and is your go-to source for the latest news, events and happenings in the area! Today she embraces the spirit of all the outdoorsy fun that can be found this winter in the city!

Nobody does winter like Winnipeg this year. Seriously, we OWN you, Polar Vortex. Bring on your ice and snow; we're going to play in our parks and get on our bikes anyway!

I love that we finally seem to be embracing the fact that we're a winter city! Over the last few years, winter activities have been growing and growing. (Others seem to have noticed, too!) We've had classics like Festival du Voyageur for years, but now we also have:

And this year, two more joined in! 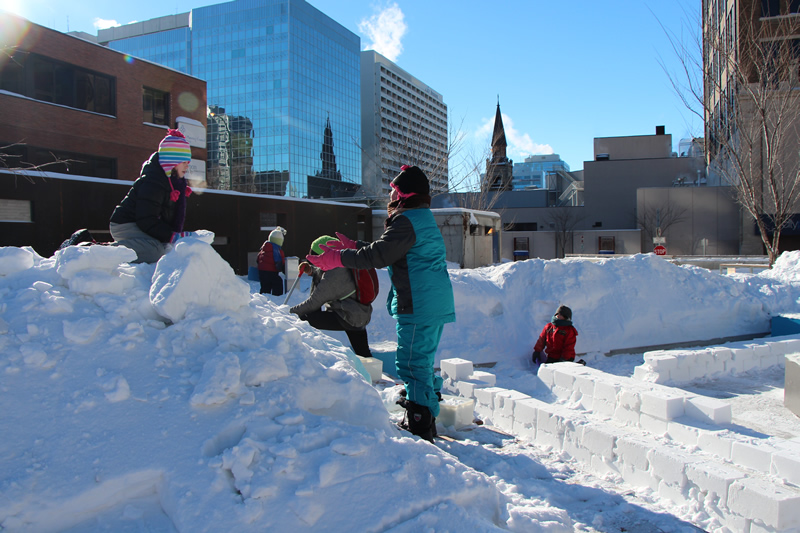 Is there anything cuter than kids playing in the snow, running around in snowsuits so puffy they can't put their arms all the way down?

They’re out in full force at the lovely Millennium Library Park downtown this winter. Why? They built a snow maze for kids! It’s nestled right among the artwork in the park—designed by the park's own landscape architect—for kids to run around and get lost in. It's even got art made for kids by kids, frozen right into the maze walls! Perfect family fun; even after they've found their way out, there's a field of snow with infinite snow angel and snowball fight potential. (Plus, the perfect spot to get an aerial pic is right behind you—you can climb the stairs in the Millennium Library and get an awesome shot of the whole maze and park!) 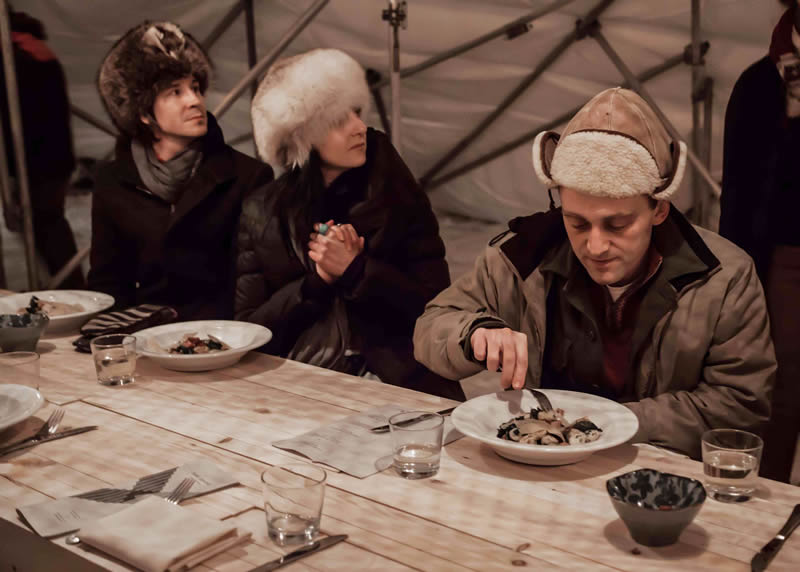 Lat summer Winnipeg hosted a really cool tour called A Moveable Feast, in which people cycled from restaurant to restaurant, eating different courses of dinner along the way. It was such a hit, it’s back for winter this February 13th!

Turns out the Winter Cycling Congress is also coming to town—that means bike lovers from places like Sweden, Finland, and all over North America who cycle the streets in winter are visiting! So in their honour, the Moveable Feast organizers are inviting both conference-goers and anyone else interested to come along for the feast! Not only can you try cycling in winter as well as some awesome food, but meet fellow winter-lovers from around the world! Extra bonus: one of the stops is RAW:almond, so if you didn't manage to snag some of those coveted tickets, this is your chance! Details are at wintercyclingcongresswinnipeg.org—and if you're in need of a bike on your visit, the fine people at Bike Winnipeg have a list of places to rent. Click here for tickets and registration for the Moveable Feast!

Follow Downtown Peggy as she works, lives and plays in the heart of the city!