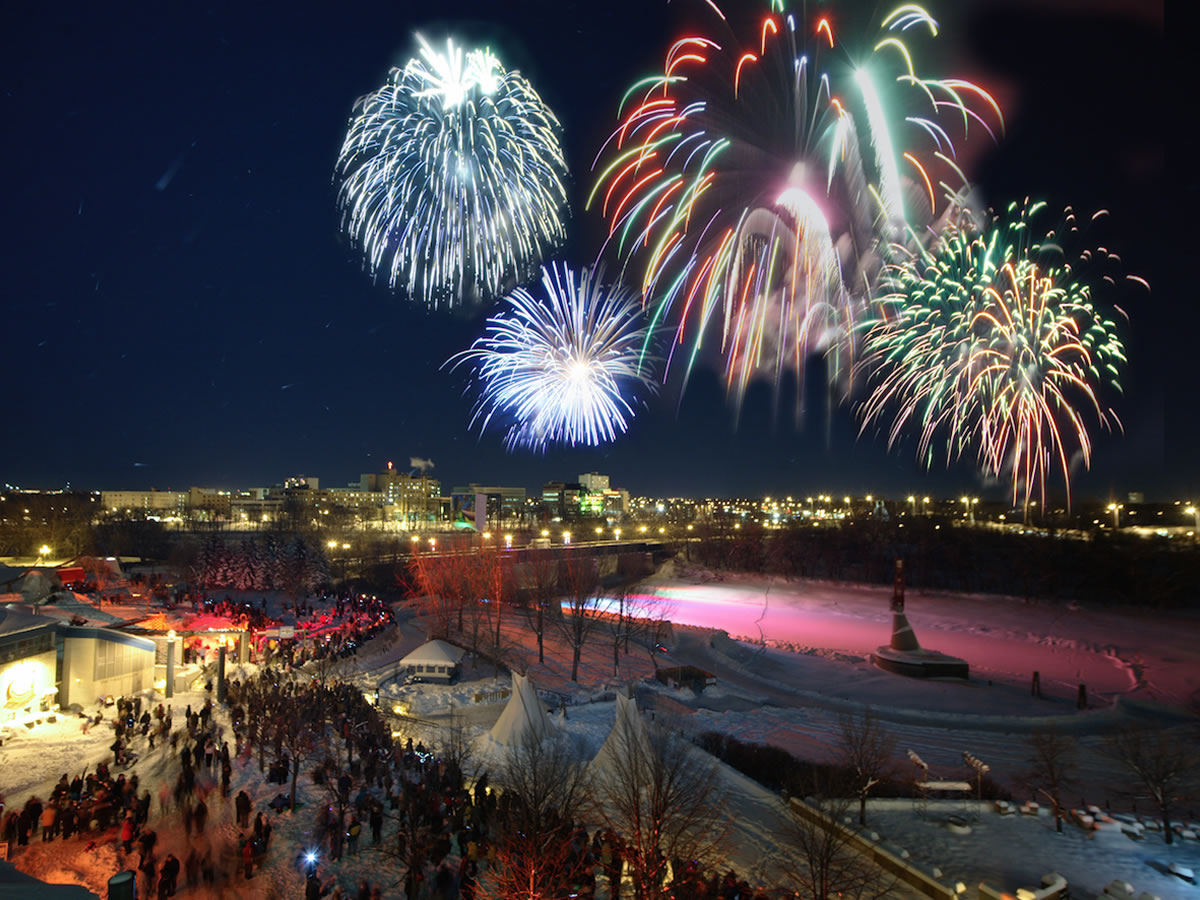 Where Winnipeg’s biggest New Year’s Eve parties are at

Closeout 2018 with friends or the family at these events

Unlike most places in the world, Winnipeg’s 2017 was actually pretty great – especially for tourism.

We hosted the 2017 Canada Summer Games, became one of the few designated Winter Cities in the world and our Living Maple Leaf for Canada 150 went viral globally. And let’s not forget about those kids from Calgary who like Winnipeg more than Disney World – bless their little hearts.

All that being said, we’re still going to welcome in 2018 with a few massive parties that you’ll surely want to take part in.

So without further ado, here’s some of our top picks for both adults and the whole family:

One of the best looking and largest rooms in the whole city is set to sparkle on December 31 when the RBC Convention Centre Winnipeg hosts its annual NYE party.

If you haven’t yet experienced the City View Room yet in all its splendor – with its gigantic floor to ceiling windows and fancy honeycomb-like ceiling – then NYE is the perfect time to do so.

This formal evening gives you three different ticket options, with the big one for dinner and dancing being $140 or $130 each (depending if you have a group that will buy the whole table – which comes with two complimentary bottles of wine) getting you a delectable five-course meal along with hors d’oeuvres. Doors open at 6 p.m. with dinner starting at 7:15.

There will also be specialty cocktails, winter carnival games (in support of Siloam Mission), and a photo booth by Manuel Sousa Photography.

The City View Room also features the city’s largest dancefloor (dance only tickets are just $60, starting at 9 p.m.) which will be pumping to the sounds of Ron Paley and his big 21-piece band along with some special guest performers.

The party will go until 2 a.m., and they are also teaming up with the Delta (which is attached via a heated skywalk) who are offering rooms that night for just $125 for those who are attending a Winter’s Eve.

For families, this is the big one – and best of all, it’s free.

Starting at 5 p.m. the whole Forks area is going to be lit (as the kids would say) with events both inside and outside of the market.

Outside there will be horse drawn wagon rides, snow sculpting, a family dance party, and of course, skating to some tunes under the canopy rink and all along the on-land trails (including the Hockey Rink Festival Stage Park).

Inside The Forks Market there will be DJs and art for the kiddies from 9 p.m. until midnight, while you adults can find a fine selection of beers and wines on tap from the Common, along with plenty of dinner options.

On top of all that, at 8 p.m. there will be pyrotechnics in the Festival Field, while the big show – that being the fireworks – will be going off at midnight.

Say you’ll be there, to this NYE party you’ve always wanted, where you can dance like it’s 1998 to the finest selection of live pop music the end of the 20th century had on offer.

It really must be a marvel of modern engineering – that Park Theatre Roof – as surely, you’d think a venue that has hosted so many massive annual NYE parties would have had its lid blown off by now.

Anyway, doors open at 9 p.m., the first music set starts at 10 p.m., food will be served at 11 p.m., and there be champagne and a balloon drop at midnight. Advance tickets are just $39.99 (if they don’t sell-out – which is highly unlikely – there will also be tickets at the door.

Murder Mystery Dinner and Dance at the Fort Garry Hotel (14+)

This is the sort of comedy caper that Tim Curry’s Wadsworth would readily approve of, especially considering it will be staged in the grandeur of the hotel’s Grand Ballroom.

The evening will go as follows: doors open at 7 p.m. for cocktail hour; 8 to 10 will be the dinner and murder mystery game proper; dancing starts at 10, then when the clock strikes midnight there will be party favours with the event concluding at 1 p.m. – all for $125.

Professional actors will be intermixed in the crowds throughout the murder mystery, dinner is three courses, and the dance floor will be worked by a live DJ (or perhaps a recently murdered one from the game… who knows!)