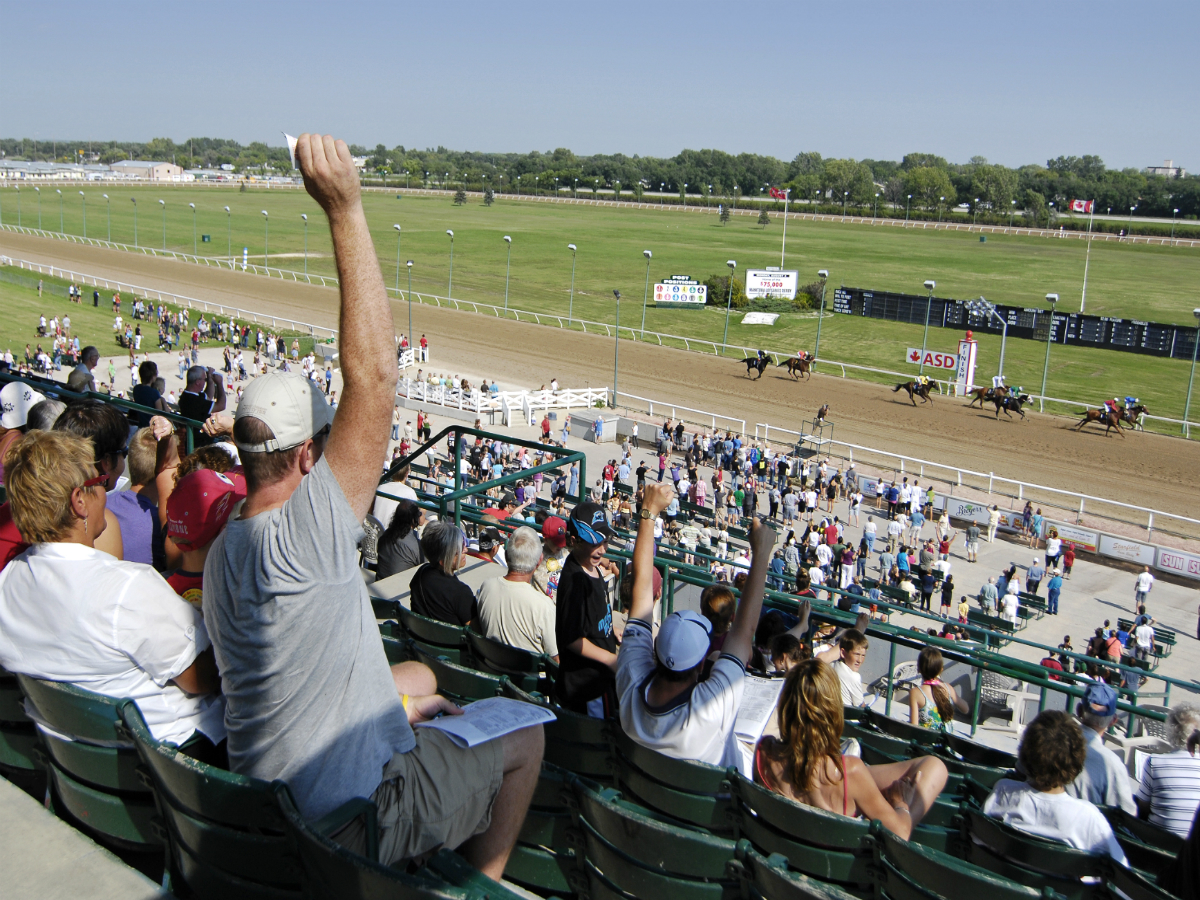 What's on in Winnipeg during the Canada Summer Games: Week 2

Your festivals, tours, sports, and shopping guide for August 5 to 13

There ain’t no rest in Winnipeg, and certainly not during week two of the 2017 Canada Summer Games. From shopping to sports, to salsa & the Seated Woman—if you thought week one was wild, be sure to check out the festivals, tours, and exhibits happening around the city August 5 to 13.

Celebrate life and culture with world-class entertainment, delicious authentic food, and beautiful cultural displays at Folklorama, the largest and longest-running multicultural festival of its kind in the world. The two-week festival kicks off August 6, where Caribbean, Celtic-Ireland, Polish, and First Nations are among the 20 pavilions throughout the city.

For this VIP Tour Tuesday check out Tour #4 where you will take a stroll down the beautiful streets of St. Boniface on this Walking Tour! Start your visit at our @officialIndiaPavilion with a plate of butter chicken or their famous chickpea curry as you enjoy the various foot-tapping performances! At their cultural display, try wearing a sari or a turban, and remember to take a moment to have a local henna artist paint your hands before you leave! Your next stop is our @CelticIrelandPavilion where you'll be swept away by @BradyAcademyWinnipeg dancers! This year they are joined by North American Champion and World Class Irish dancer and star in the famed Riverdance production, Fred Nguyen! Link in bio to book! ° ° ° ° ° Photos by Bei Bei Lu and Dr.Tse Li Luk #myfolklorama #folklorama48 #traveltuesday #walkingtours #folkloramatravel

The best blues performers team up with the best in the BBQ game for the lip smackin’ hip shakin’ fun of the 6th annual  680 CJOB Winnipeg BBQ & Blues Festival. Taking over Smith Street on August 11 and 12, admission is free with an outdoor entertainment line-up including Scott Nolan, The Perpetrators, and Big Dave McLean.

The Forks, the city’s vibrant and bustling tourist hotspot, hosts the 2017 Canada Summer Games Festival with 11 days of cross-country arts and entertainment, each one showcasing the best acts from every province in Canada, including The Sheepdogs, Serena Ryder, Bobby Bazini, Tanya Tagaq, and more. Every evening ends off with a fireworks show!

History buffs can hop on board the Prairie Dog Central, one of the oldest vintage trains operating in North America, as it travels to the rural community of Grosse Isle. On August 6, help solve the whodunit of the Great Train Robbery, and on August 12, marvel in the mystery behind magician Patrick Gregoire’s fully interactive 45-minute performance on the Mystical Magic Train.

We're keeping an eye out for robbers on our way back to the Prairie Dog Central Railway station! #gootb #exploremb #trains #greattrainrobbery

If you prefer to explore the contents of a plate of local food, or journey to the bottom of a pint glass, consider one of the handful of culinary tours offered by Downtown Winnipeg BIZ. BYO(Bike) for a movable feast on August 8, partake in a patio crawl on August 11, or join the breakfast club on August 13. The West End BIZ also celebrates its neighbourhood’s diverse collection of global fare with walking food tours on Wednesdays and Thursdays (the tour on August 9 includes Middle Eastern and Filipino fare!) where you can meet the folks who made your meals.

Winnipeg's West End holds more than 100 restaurants and is THE spot in the city to find authentic (and affordable) Vietnamese, Cantonese, Filipino, Ethiopian, and Latin American eateries. Read more about these spots (they're part of the @westendbiz food tours!) at pegcitygrub.com #onlyinthepeg #wpgeats #explorecanada #gowpg #wpgfood #winnipegfood

Grab a blanket and load up on snacks before checking out one of the free outdoor movies offered throughout the city this summer.  Movies on Memorial is playing Spice World on August 8, and the Lyric Stage at Assiniboine Park airs Finding Dory and Captain America Civil War on August 11.

If there’s one thing you’ll experience in Winnipeg this summer, it’s a whole lot of live music. From local prairie acts to big names like High Valley and a hilarious dinner show parody of Orange is the New Black, there’s tons of talent to take in.

For starters, the Winnipeg Folk Festival presents Folk Fest at 510, an outdoor summer concert series happening Fridays at noon at City Hall. Grab a coffee from Parlour or a bite from Miss Browns and catch local Manitoban artists there on August 11.

You’ll find more free tunes Tuesdays at Cityplace for the Downtown Concert Series, and Sundays and Thursdays at the Lyric Theatre in Assiniboine Park as part of the Summer Music Series (including Folklorama’s Kayumanggi Philippine Performing Arts on August 10, and country singer Leanne Pearson on August 13!). If smooth jazz is more your style, you’ll want to stroll through the Leo Mol Sculpture Garden (also located in the park) where local jazz musicians will be playing every Sunday afternoon among the flowers, fountains, and works of art.

Opening August 5, Celebrations Dinner Theatre presents Orange is the new Pink—a G-rated, comedic take on the hit TV series. In this musical production, party-girl Piper takes the New York party scene a bit too far and is forced to trade in the pink party dress for an orange prison suit.

Like the name suggests, Salsa Sundays at The Forks turns the outdoor canopy area into a Latin dance party with live bands, DJs, performances, and dance lessons every Sunday evening in July and August. Salsa dancers of all ages, experience, and abilities are welcome at this wildly popular and free event.

We’re a few months shy of hockey season, but baseball is in full swing (pun very much intended). Catch the Winnipeg Goldeyes as they host the Wichata Wingnuts at Shaw Park August 11 to 13.

If baseball isn’t quite your speed, thoroughbred racing at Assiniboia Downs is where you’ll want to be. Just west of the city on Portage Ave, live races take place Friday and Saturday nights. Bring the whole fam on Monday, August 7 for Family Fun Day with pony rides, a petting farm, and a bouncy gym (sorry, no adults allowed). The Downs are fully licensed with a restaurant and VLTs. Parking and admission are both free.

Great shot of opening day at ASD by Andrew Paterson of Hustler and Lawless on TSNRadio 1290. We go at it again this weekend! Thanks Andrew! . . #DoTheDowns #Winnipeg #Manitoba #HorseRacing #ASD60 #ASDSeason60 #Horses #Sports #Canada

If shopping is your preferred sport, then call CF Polo Park your field (or arena, court, rink, or whatever sports reference gets the point across). Manitoba’s largest shopping centre has more than 200 shops and services, along with a dozen restaurants surrounding it in the St. James area. A cluster of new breweries and taprooms just opened up nearby as well—including One Great City, Torque, and Half Pints.

You could easily spend an entire day at Winnipeg’s massive new fashion outlet mall, located on Sterling Lyon Parkway in the southwest end of the city. With more than 100 stores (almost half of which are brand new to Winnipeg!) and a unique selection of lunch spots nearby, Outlet Collection Winnipeg is a great place to cool off and take a break from all the outdoor activities.

Sixteen life-sized animatronic dinosaurs move and roar demonstrating how they lived millions of years ago at the Dinosaurs Alive! exhibit at Assiniboine Park Zoo. The exhibit features all three categories of apex predators – land, air and sea (including the Tylosaurus, which ruled the waters that once covered Manitoba during the Cretaceous Period- so cool!) and is included with zoo admission.

For more fossil fun, travel back to prehistoric times with the World’s Giant Dinosaurs exhibit at the Manitoba Museum, a touring collection of more than 20 of the world’s largest dinosaurs with interactive activities for children including dig pits and robotic reconstructions of the extinct life forms (the dinosaurs are so lifelike that they even fart, which the child in us is making sure we mention).

Our T. rex loves meeting kids and we promise he doesn't bite. World's Giant Dinosaurs and the Museum Galleries will be open until 9pm tonight and every Friday all summer long! Note: the Science Gallery and Planetarium close at 5pm.

Savour the smell of fresh bannock cooking over an open fire, feel the burn in your biceps as you churn milk into butter, and discover the delicious history of chocolate as you learn to prepare a traditional hot chocolate recipe at the heritage workshops at the Lower Fort Garry National Historic Site. Tours and workshops are available most afternoons.

Get a glimpse into the mind of iconic artist Pablo Picasso at the Winnipeg Art Gallery’s Picasso in Canada exhibit. Thirty-five of the artist’s works have been brought together from art museums and galleries across Canada, including the celebrated Femme Assise (Seated Woman) and intimate portraits of five of Picasso’s lovers.

Find out what it’s like to fight forest fires with the Canadian-made Bombardier 415, learn about the Royal Canadian Air Force’s Women’s Division of 1941-1946, and explore some of the most extraordinary aircrafts to ever fly at the Royal Aviation Museum of Western Canada. Interactive displays and open aircrafts make it extra fun for children to visit!

You don’t have to leave the city to escape the intense summer temps—Winnipeg’s newest water park is open just as the days are heating up. Four waterslides, spray pads for the kids, and diving boards for the brave will help keep everyone cool at Transcona Aquatic Park in the city’s east end.

In the last few years, Winnipeg’s brewery count has gone from two to two digits, with a few more set to open later this year. The newest additions to the city’s craft brew scene include the Exchange District’s Little Brown Jug and brew pubs Brazen Hall and One Great City. Eager to try ‘em all? Hop on a microbrewery tour with Winnipeg Tasting Tours, offered Thursdays, Fridays, and Saturdays.

#CommonQuestions •How do your craft beer fights work?• You can try one of our pre-selected flights (sorted by local brews, light lagers, dark+spicy, etc) or 'Choose Your Own Adventure' and pick any 4 of our 20 beers+cider on tap (We also do wine flights

A guide to get you outdoors in Winnipeg this holiday season