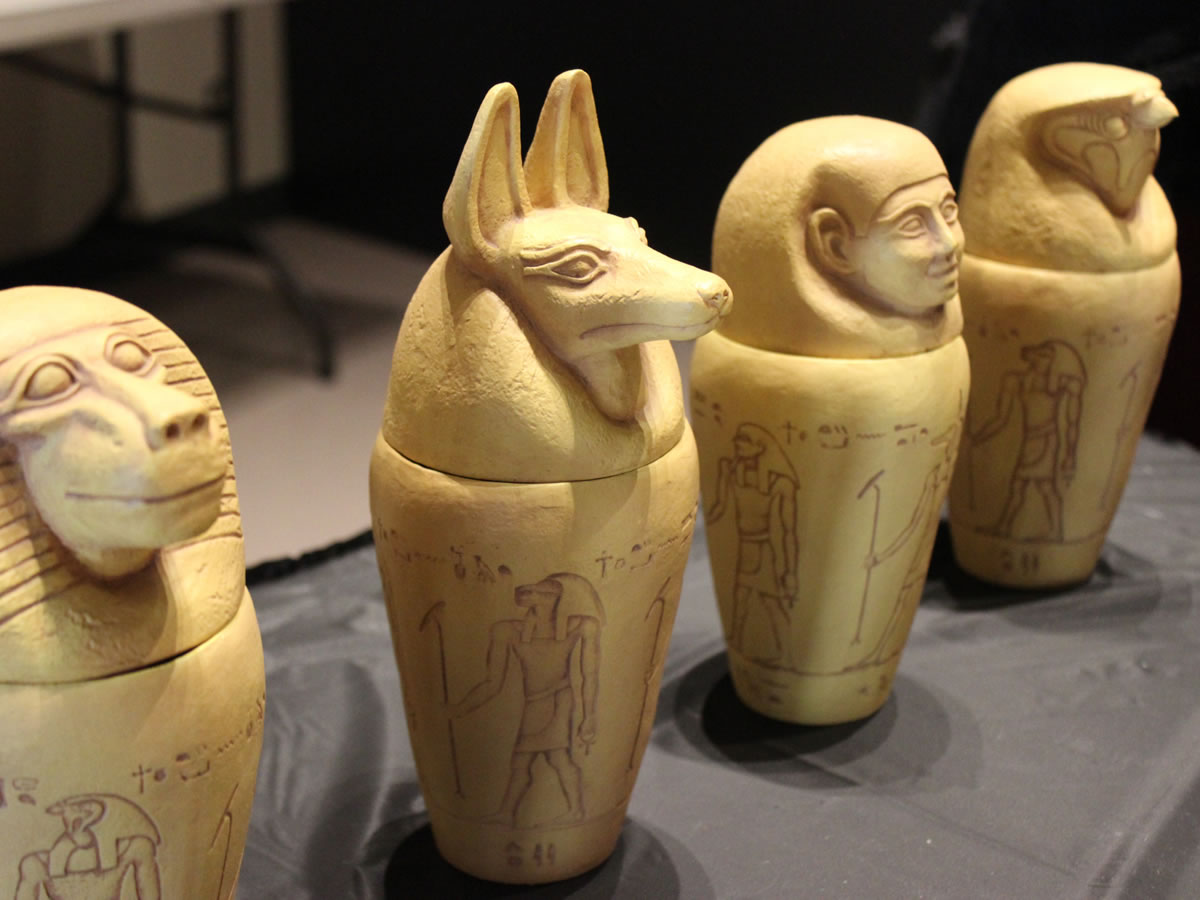 The Mummy of Pesed at the Manitoba Museum

The Mummy of Pesed at the Manitoba Museum

Mummies are steeped in mystery and intrigue. It's hard not to get wrapped up in the folklore and tales of ancient Egypt--a culture so far removed by time, distance and thought as our own.

Thousands of years have passed since the practise of mummification was commonplace and through modern science and the wonders of technology, we can learn so much.

But even when you strip away the layers to reveal the facts, there is still a certain mythical element to this ancient custom that simply draws you into its spell.

That's the idea behind WRAPPED: The Mummy of Pesed--a temporary exhibit currently on at the Manitoba Museum. 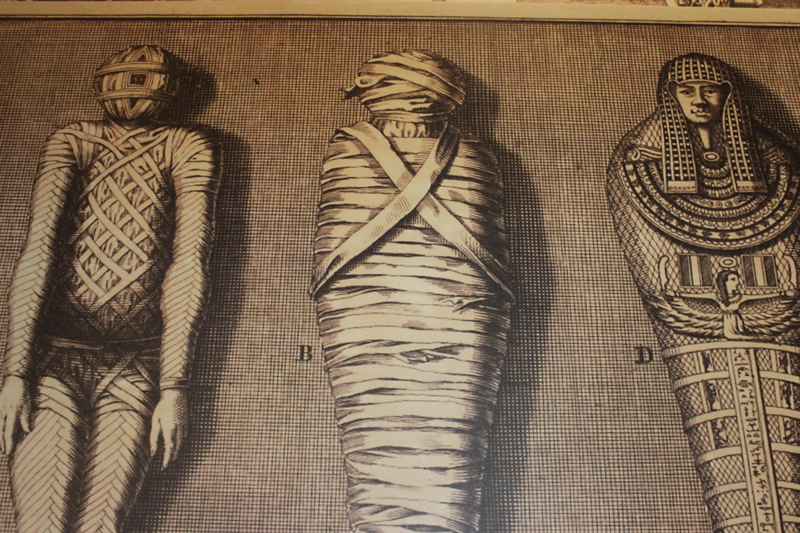 As you enter, you'll notice the low lighting, kept this way to preserve many of the ancient relics housed inside from the damaging effects of light. You start your journey at the apothecary as it was once believed bits of ground up mummy had healing powers.

From there it's a short jaunt to 'The Scent of a Mummy', an interactive display that allows you to have a sniff of the herbs and incense that would have been used in the mummification process. (No smell of rotting flesh here, whatever Hollywood would have you believe). 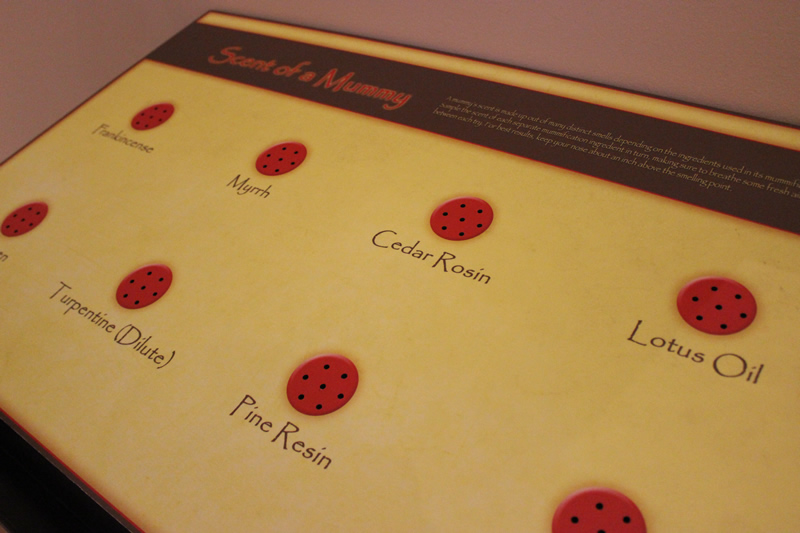 Of course, no journey through ancient Egypt would be complete without creating a mummy of your own.

On weekends, you can watch (and partake) in demonstrations as you pull out the lungs, stomach, liver and intestines to start the process. 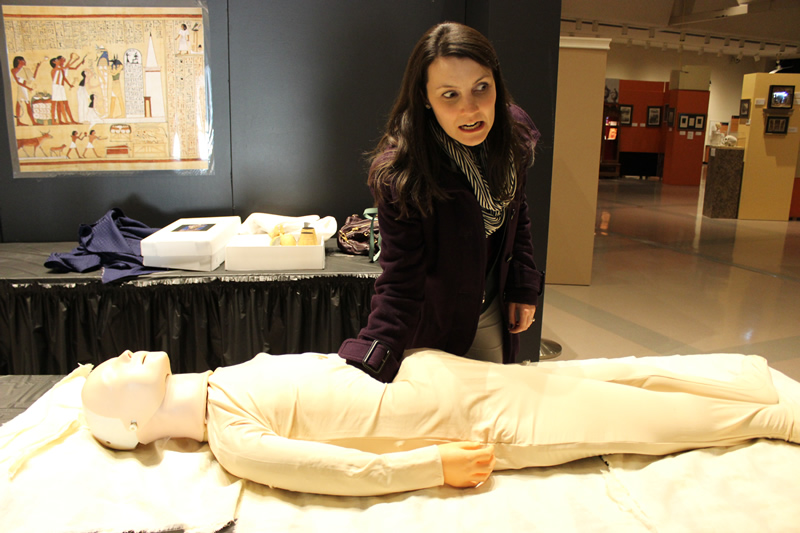 The organs are then placed into separate jars to be mummified. Next the brain is removed by placing a hook into the nose. Apparently, since the brain is mostly water, it would just sort of leak out the nose rather than come out solid as you might imagine. (Ew.) 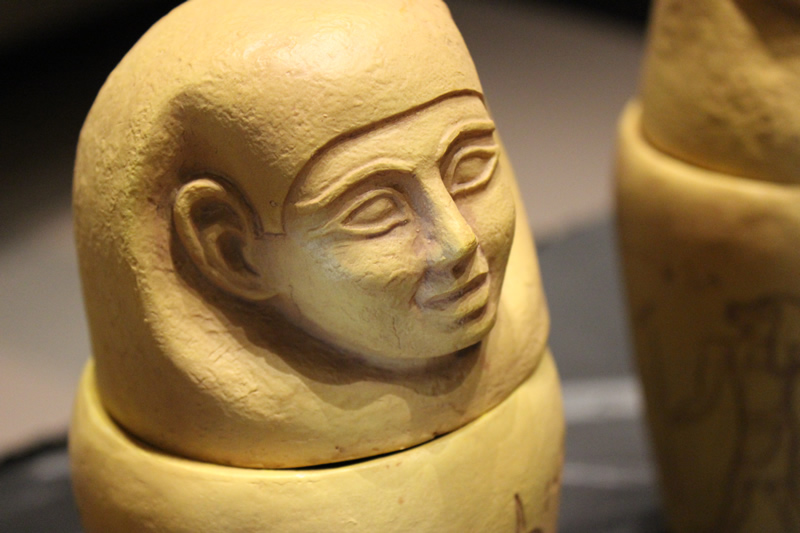 The heart was left inside as it was believed to control everything in the body.

After that, the body was stuffed and covered with natron (a substance like baking soda) to dry it out and left for 40 days. Sometimes the dehydrated organs were returned to the body before it was wrapped entirely in linen and covered in resin. A mask was also placed over the head. The entire process took 70 days.

Inserted into the wrappings were amulets, including the powerful eye of Horus, to help protect the body. 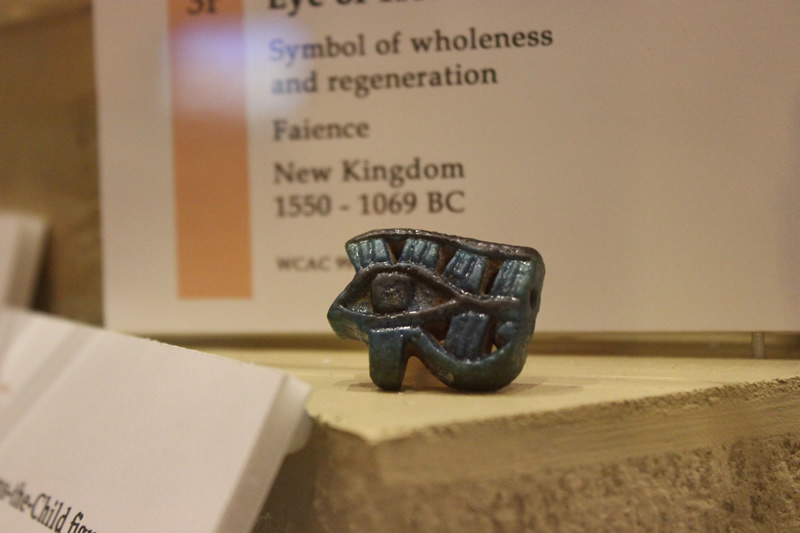 Pesed was not a figure of historical importance--her body was sold to the United States, who then started researching her origins. The style of her mummification and the writings on her coffin suggested she came from a family of wealth and actually lived to be 65-70 years of age. Through techniques developed right here at the University of Manitoba, they have actually been able to reconstruct her face to show what she would have looked like. 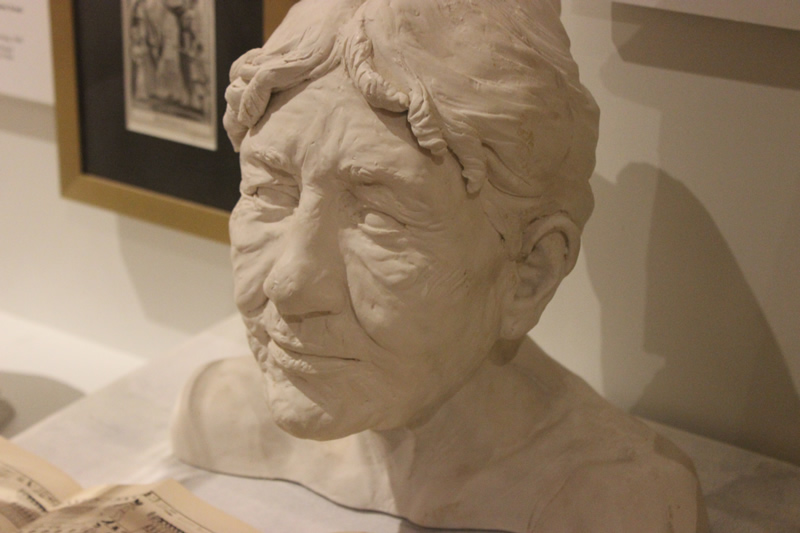 It's an absolutely fascinating look into how something 2,000 years old combines with science to tell us so much about the past.

And finally, one more very interesting part of the exhibit centres around the idea of 'unrolling' parties when groups of upper crust society types would actually acquire mummies and invite all their friends to help unwrap them. Usually one special guest was chosen to do the honours.

Unfortunately, that means that a lot of mummies were lost, the bodies discarded and the amulets housed inside the wrappings stolen--nonetheless it's interesting to see how people got their kicks before TV was invented. (Apparently they didn't believe in personal privacy or respect of the dead.) 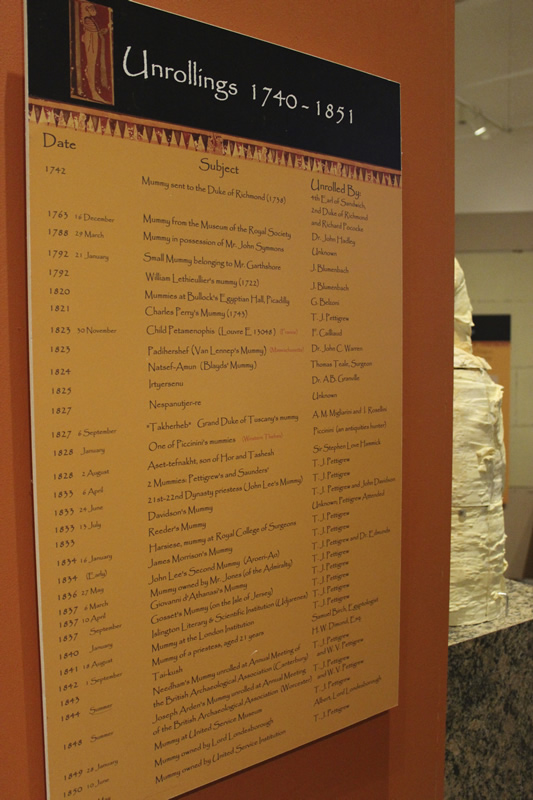 A list of known parties is on display in the exhibit. Evidently T.J. Pettigrew got around.