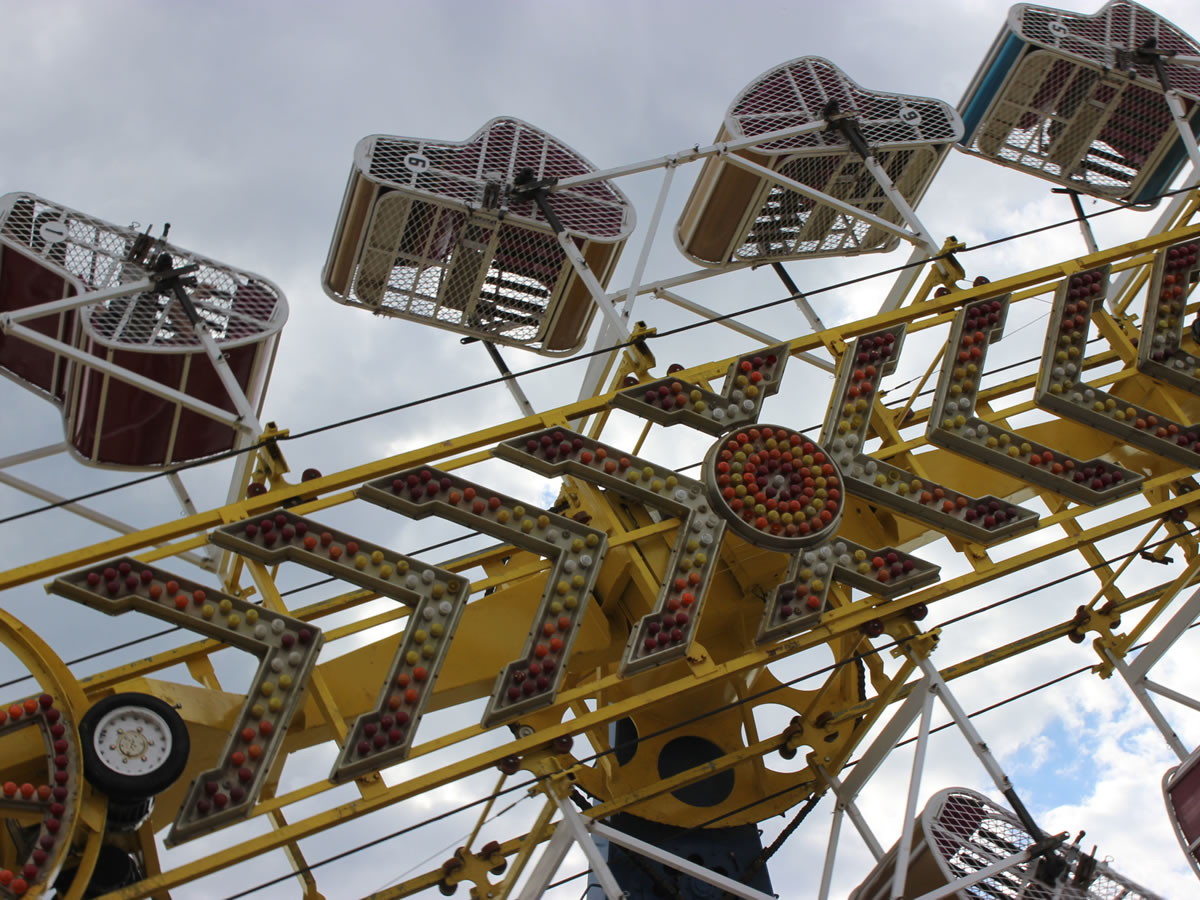 When I hear the words Red River Ex, there are two things that come to mind--rides and mini donuts. Quintessential to any fair going experience, these are things that make me giddy with excitement.

It's hard to believe it's already the middle of June, but it's officially summer when the Red River Ex comes to town. Last night, we took in some of the sights and sounds of the EX.

One of the things I noticed first and foremost is that I've become a big huge chicken in my old age. A simple Ferris wheel seems so innocuous, but man that thing moves fast. I also alighted a top the high swings... I didn't get any photos because quite frankly, dangling from a few chains literally a thousand feet above the ground had me clinging to my seat for dear life. 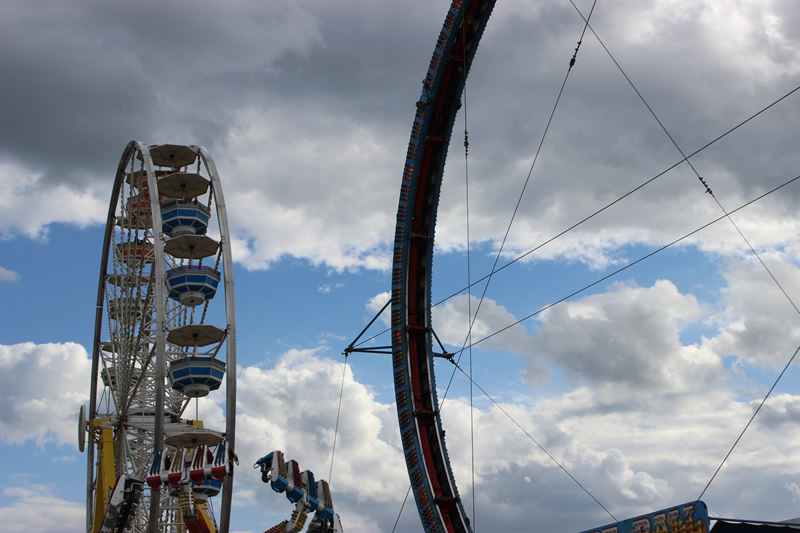 The EX has all your usual death-defying entertainments, coupled with concerts (last night Econoline Crush was on stage which made my heart go pitter patter--I was such a fan girl in the late 90s), petting zoo, kids rides and even some fine art (someone had the clever idea of transforming storage units into little creative units sort of like life-sized dioramas). 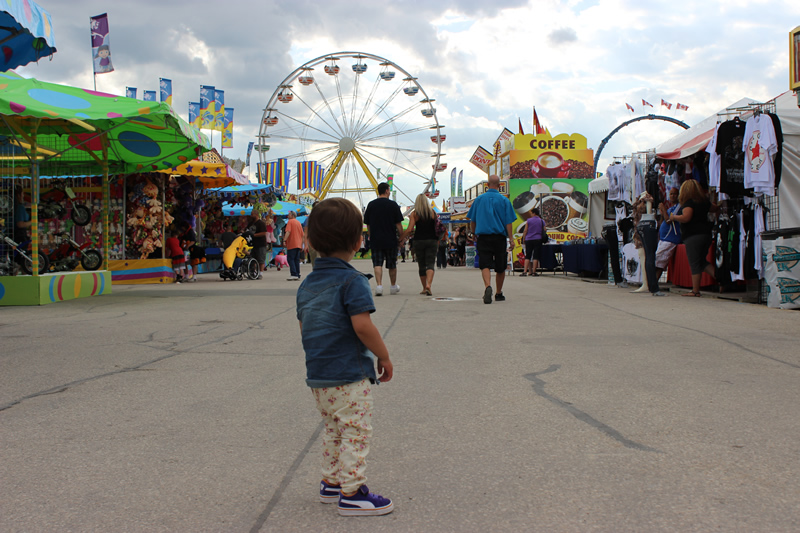 The midway also has tons of amazing food--everything from 67 different poutines to frozen yogurt to deep fried pickles to asian stir-fry. It's actually pretty amazing how sophisticated fair food has become. Forget the standard burgers and hot dogs.

Of course, there are plenty of silly games to play and they don't expect you to be too talented to win stuff (which is really kind of awesome). There are even games where 'everyone is a winner'. Who knew Carnies had become so selfless?

We are now the proud owners of an Annoying Orange doll who talks. Wow, he really IS annoying.

The Ex is on until Sunday so go and check it out. It's the perfect place for kids and teens and adults and all the rest (whoever that might be).