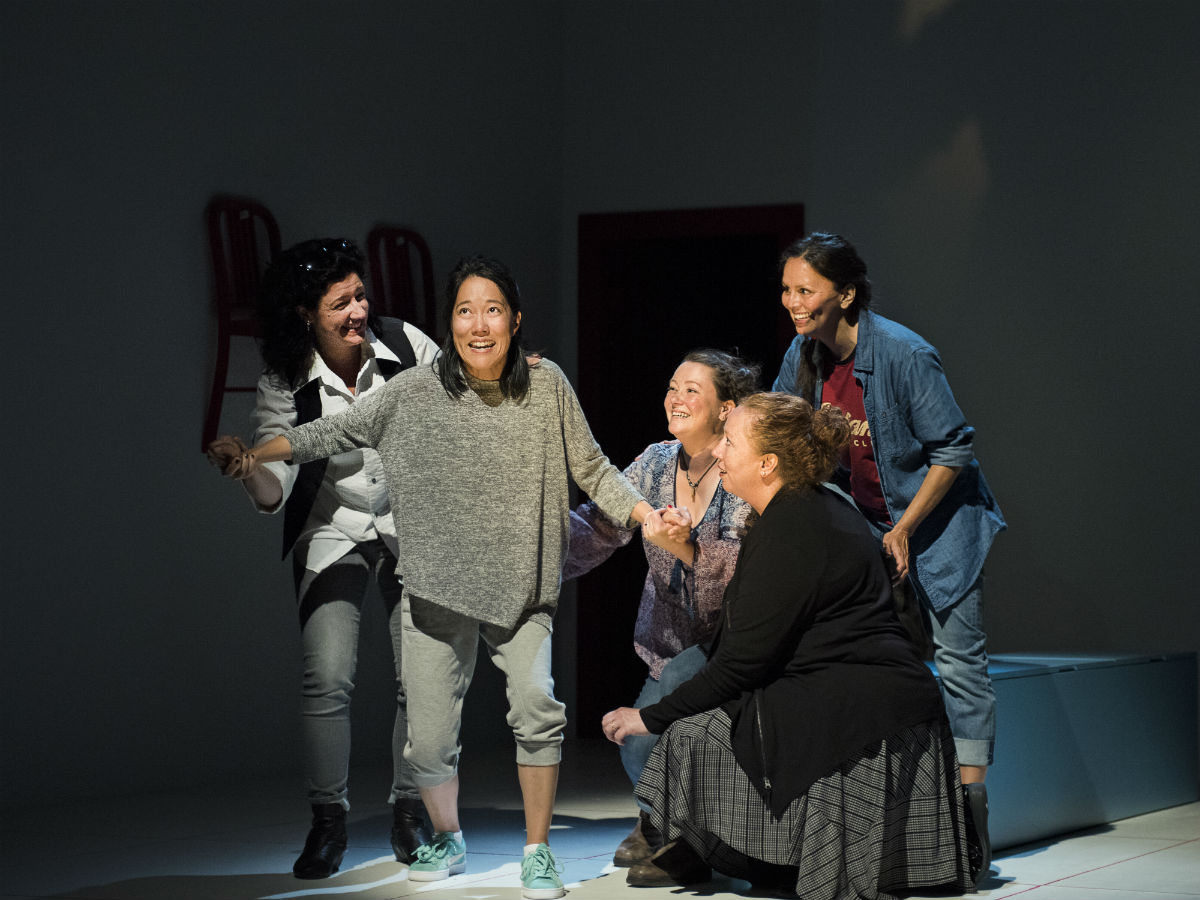 A play by the Prairie Theatre Exchange 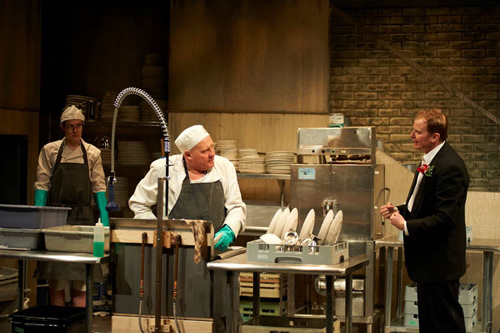 Burroughs (Toby Hughes, left) listens in as Dressler (Tom Anniko) and Emmett (Rylan Wilkie) discuss life inside and out of the dish pit during Prairie Theatre Exchange's production The Dishwashers. Photo by Bruce Monk.

There’s dignity in the dish pit.

This play is a provocative and playful exploration of how we value ourselves based on what we do for a living.

It won’t be the funniest thing seen on stage this year, but it will keep you smiling and laughing for two hours. It also won’t change your life but it will get you thinking about ambition and humility in the face of humiliation.

We all know what it feels like to work at a job that is beneath us. That’s exactly the predicament Emmett, a failed financier, finds himself in when he’s forced to take a job as a dishwasher in a fancy restaurant he used to frequent.

Dressler and Emmett, aka the ‘new guy’ (along with dish lifer Moss played with crotchedy verve by Harry Nelken), dual in dialogue, one trying to convince the other of his delusions of grandeur.

Dressler takes pride in his work and understands his place in the world. He is either completely delusional or highly admirable.

A sample of his life advice: “Ambition. That’s what’s holding you back.”

Meanwhile, Emmett struggles with his new low and then briefly tries to find the meaning in his so-called downfall.

The detailed set, complete with grim staff bathroom in the corner and bashed lockers, transports the audience to a real-life working dish area. In and amongst the sharp barbs of dishwasher wisdom, the characters scrub, soak, spray and stack dirty dishes and feed them into a working on-set dishwasher.

Running nightly (with some weekend matinee performances) until Sunday February 10

For tickets or information go to http://www.pte.mb.ca .