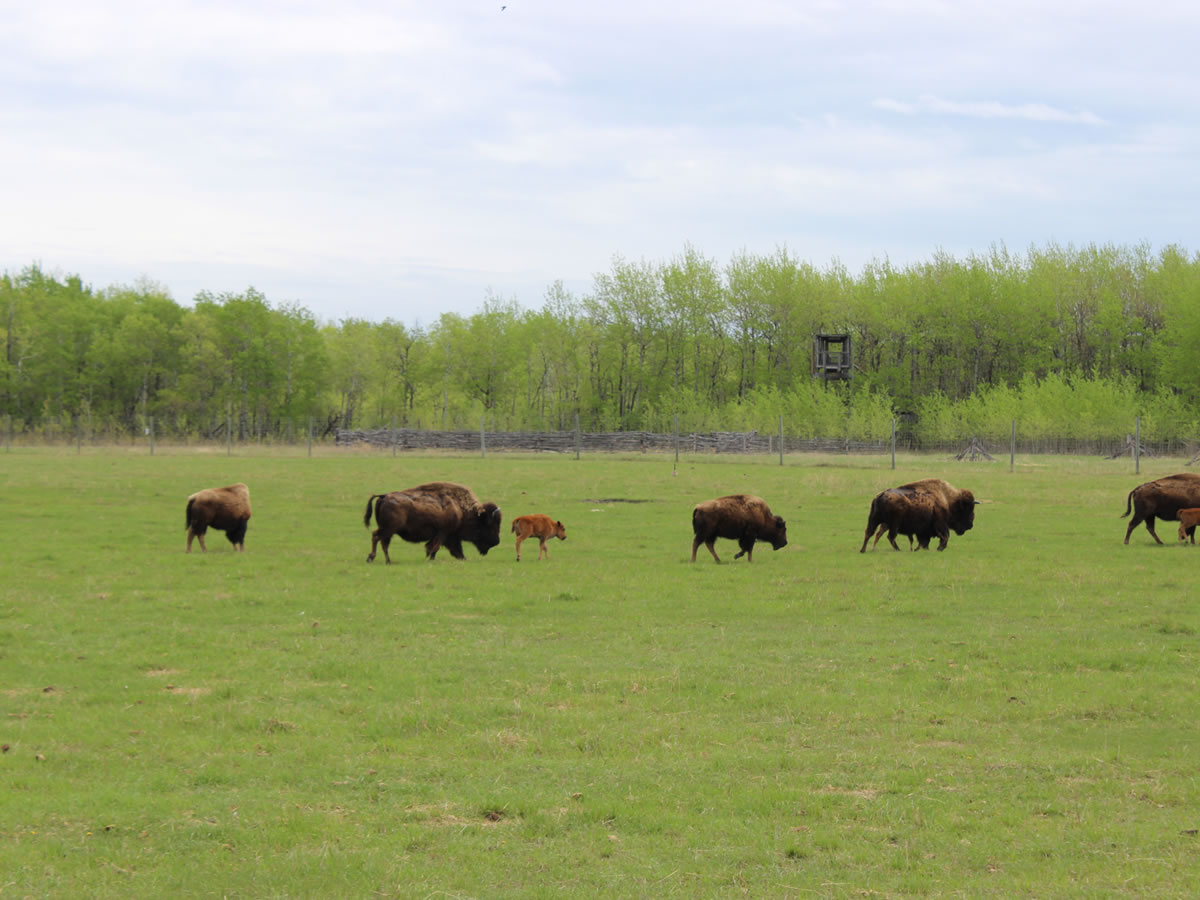 A Prairie Legacy: The Bison and its People

A Prairie Legacy: The Bison and its People

Last week, we had the opportunity to head out to FortWhyte Alive to get up close and personal with a 30-head-herd of huge, hairy bison (say that 10 times fast).

It's all part of their A Prairie Legacy: The Bison and its People Tour (now say that 10 times fast too).

This three-hour experience takes you into the heart of this urban nature preserve and teaches you about how the bison helped shaped the province, our history and our culture. It's all pretty darn interesting.

The tour starts with a bumpy bus ride into the bison paddock where you drive around a few times to get them used to your presence. Eventually, you get to stop and snap a zillion photos of the furry creatures as they loll about. (These guys really have a pretty awesome life.)

My favourite was Charlie, AKA the head dude (or alpha male being the technical term). He weighs 2,200 lbs and is quite clearly 'the man'.

Trivia question... do you know the difference between a bison and a buffalo? (Answer in the comments below and I'll send an awesome t-shirt to one lucky winner.) 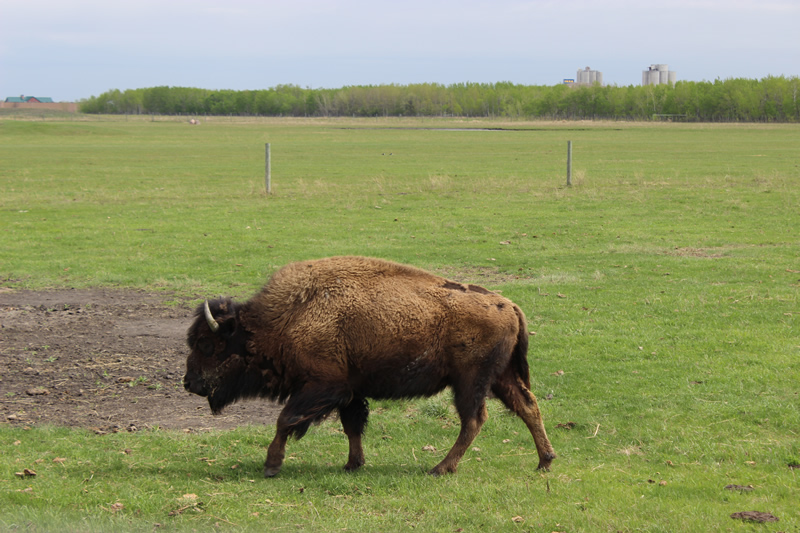 Once you're done making friends with these four-legged folks, the next stop is a teepee and the chance to learn about the tools and materials the aboriginals once used. You get to touch a bison hide, a piece of cartilage and yes, you even get to hold a bison bladder. Weirdly enough, it looks like a yellow paper balloon. 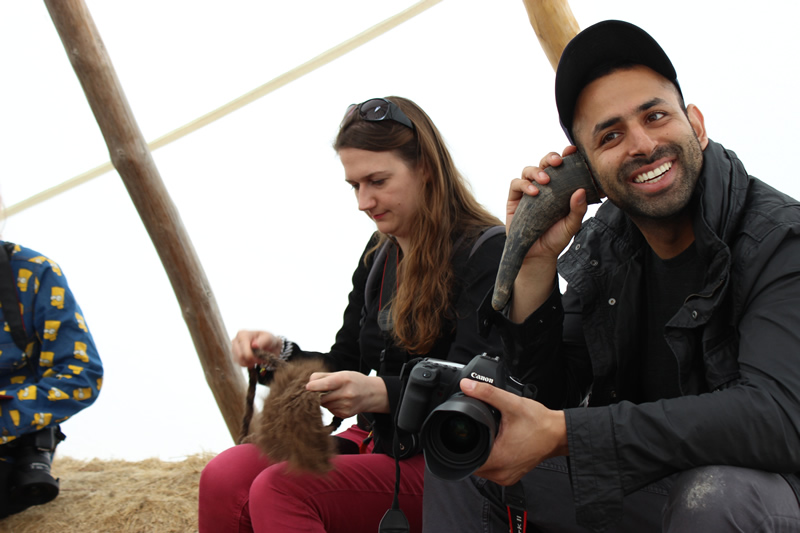 You also get to participate in a real-life bison hunt... in your mind.... as you learn how to throw a deadly, bison-killing spear across the open plain. (Actually, these are made of bamboo so the most you could probably kill is your ego when you miss the target by a mile.) 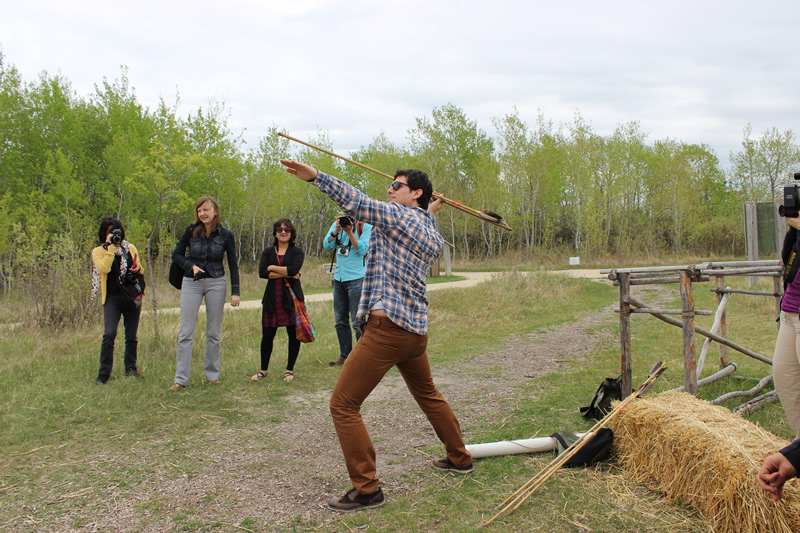 As you wander through the forest and the trees, you never know who you'll encounter... this lady is clearly more woman than I could ever hope to be. 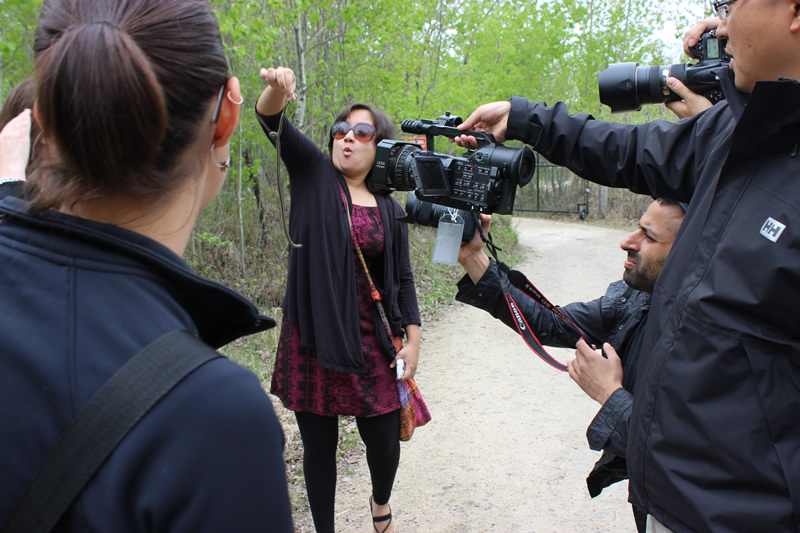 Your adventure at FortWhyte ends with a paddle in a canoe and a bannock making session over an open fire. Hint: wrap the dough nice and thin around the stick to avoid the tell-tale amateur mistake of a burned outside and raw inside. It took me a few tries, but I'm kind of a master at it now.

You'll also have some rosehip tea which has to be very well strained as there are these little fibres inside a rosehip berry that are affectionately known as "bum itchers".

I'll let you stew on that for a moment...

Thankfully, we all emerged unscathed from that adventure. 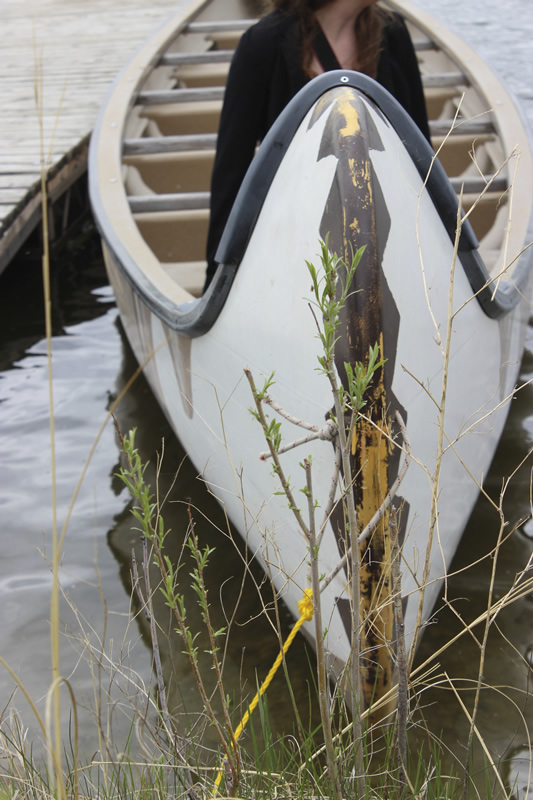 Tours run various dates from now through to the end of August and cost $40 per person. Visit the website for more info and don't forget to answer the trivia question for your chance to win!