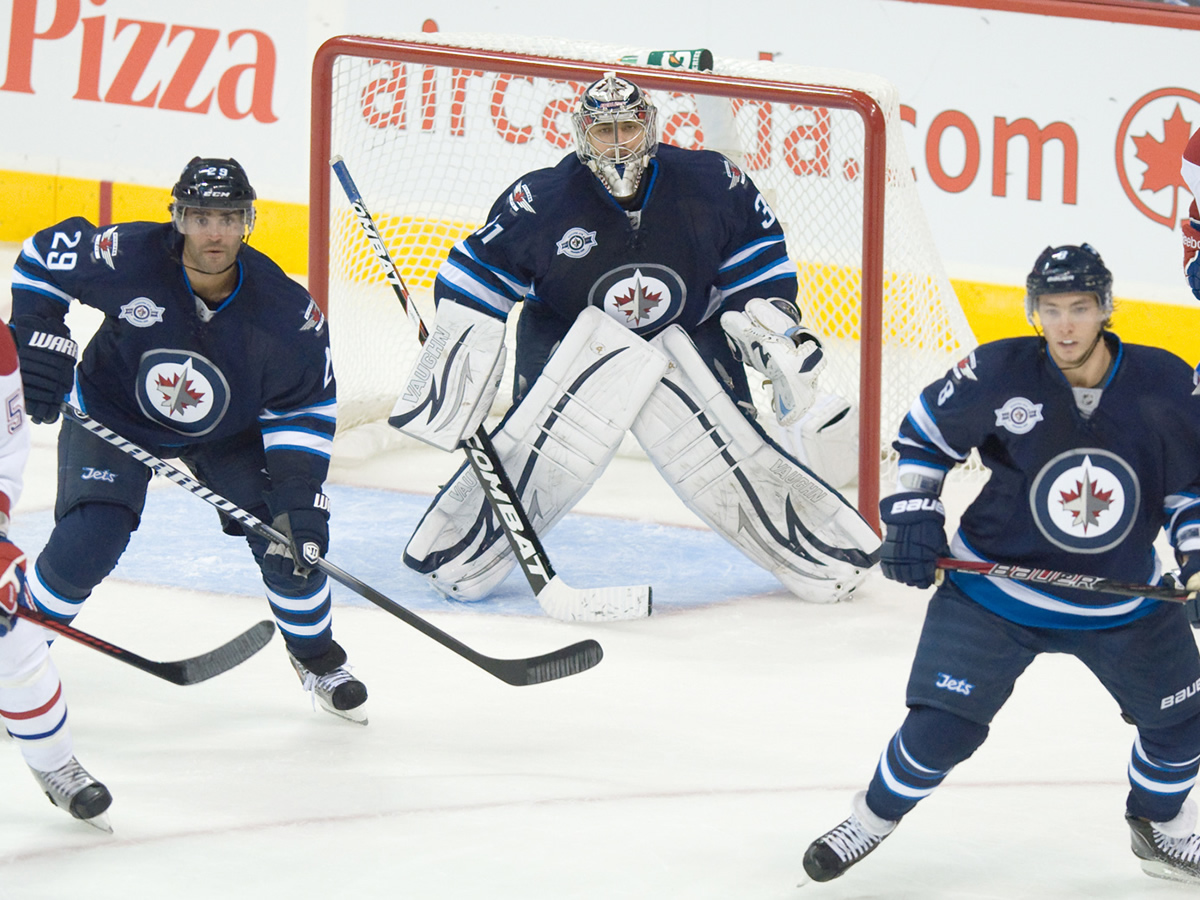 So once in a while the Mister drags me to a Jets game. Well, I shouldn't say drags me--I actually love going (but let it be known that I only get to tag along when one of his buddies doesn't use his other ticket, but I digress). I was there screaming my wooden head off at The Forks when the announcement was made two years ago. It was such a moment of pride and camaraderie and true passion for the city that I will never forget. I even kind of liked Gary Bettman for a few minutes.

Heading downtown on game day is truly one of the city's best experiences. You can't look anywhere without running into blue jerseys and a palpable sense of excitement. The city absolutely breathes positivity on game day, whether the Jets win or lose. It doesn't matter. We're just so happy they're hear.

Recently, the game we were at saw the Jets win (clearly, I'm good luck) and it was so much fun standing up and cheering with the crowd and shouting "TRUE NORTH" at the top of my lungs during the national anthem. I don't know a ton about hockey, but I do know the puck is supposed to go into the net... and that they sell wine at the concessions. (Would be okay to admit now that I did spend a good part of each period pondering what I would eat during the next intermission?)

Being inside the MTS Centre, seeing that 'Fuelled by Passion' slogan written on everything makes me realize, it's not just a slogan.

Two years ago, we were a city lost without our team. For more than a decade, we watched other cities get NHL teams only to see their seats sitting empty as we watched from TV, wishing we had one of our own. Now, we wear our jersey's with pride. Now we are that city that got its team back. And we couldn't be happier.

Fuelled by passion? It couldn't be more true.