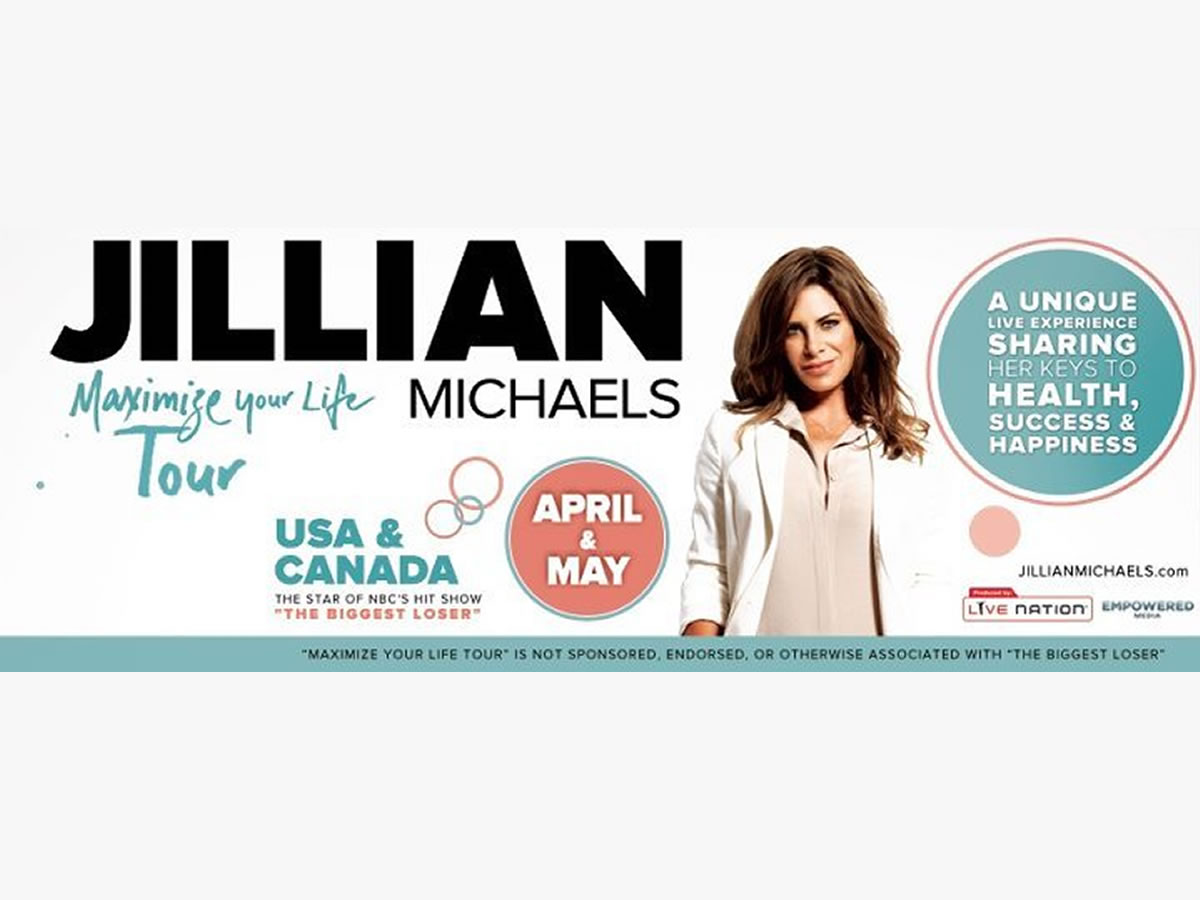 I've always been a Jillian Michaels fan (truth be told, I have a wee bit of a crush on her). She's so cool and buff and fit and buff. Did I say that already? When I heard she was coming to Winnipeg, I knew I had to be there.

So, last night, along with the city's uberfit and less-than-motivated, I crammed into the Concert Hall with thousands of screaming Jillian fans to take in her wisdom and motivation. The show opened with a slightly cheesy montage of stock video footage showing the world falling apart (you know--pollution, hormone riddle cattle, atomic bombs--that sort of thing) contrasted with smiling, happy people enjoying life.

I get the point...well, at least the rest of the show was great.

Once we got past the introduction, the tight, tiny and buff (yah) Jillian took to the stage in a pair of black high heels which she promptly kicked off telling us, her 'people' had made her wear them. With that bit of humour, she wasted no time launching into her talk.

Of course she spoke about diet and exercise and fundamental truths that make us fat and unhealthy. She spoke a lot about reducing chemicals in our diets rather than focusing on reducing the fats and carbs that are central to mainstream diet fads. She interacted with the audience and offered some concrete ideas on ways to move forward with your life. It's easy to see why she is where she is today.

Some of the interesting messages focused around what kinds of things to buy organic (dairy and meat) if you can't afford to go completely organic and the top 10 chemicals to avoid i.e. hormones, high fructose corn syrup etc.

The second half of the talk, really drilled down into achieving your best life and finding your truth. While it would be easy to roll your eyes at some of it, essentially, I felt like she was saying what everyone in the room came to hear. With standing ovations galore, her audience remained rapt the entire time and 2.5 hours flew by.

If she ever makes an appearance in the city again, I'd highly recommend you pay her a visit. In the meantime, I've got some work to do on becoming a little more buff myself.