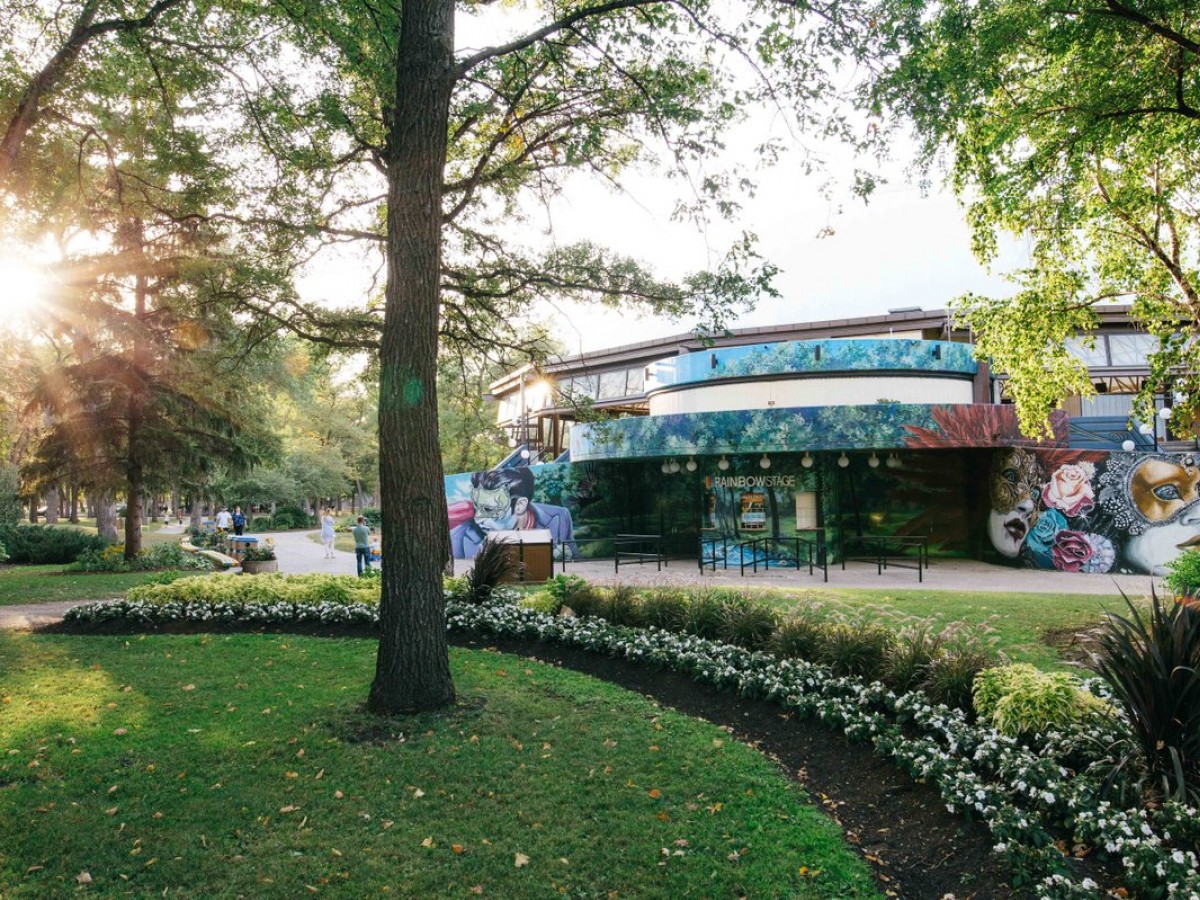 Meet the cast who will take you down Yellow Brick Road

For its second and final production of the summer, Rainbow Stage will literally bring the house down (har har) when they present The Wizard of Oz, the classic story originally written by author L. Frank Baum which is also of course one of the most beloved films of all time.

From Rainbow’s iconic yellow seats you can join the journey down Yellow Brick Road from August 18 to September 4 (including midweek matinees for your little ones!), singing along until your heart’s content (even if you’re made of tin!).

We’ve interviewed the four cast members who are on the mission to meet the Wizard–those being Alyssa Crockett (Dorothy Gale), Jaz Sealey (Hunk/Scarecrow), Chase Winnicky (Hickory/Tin Man) and Nathaniel Muir (Zeke/Lion)–to find out if there really is no place like home.

Below, this crew takes us over the rainbow to say what audience members should expect during this wicked show that has already received 4-stars from The Free Press, and how excited they are to share this twist on a familiar classic.

What is your history with Rainbow Stage?

“This is my seventh production with rainbow. I did five shows in the early 2000s and I have been all around the world doing my thing, performing. It’s really cool to come back to the first stage that I have ever been on and see the sheer scale of what Rainbow Stage can be. The theatre is 2300+ seats, so the width and depth is a playing space that we normally don’t get to work in. It’s really nice to be back and able to perform where my original performing grounds were.”

-Jaz Sealey (Hunk/Scarecrow), who also just created and led the choreography for Rainbow’s first show this summer, The Hockey Sweater.

“Being from Winnipeg, I’ve gotten to work a fair amount all over the place. This is my first professional role at home that my whole extended family gets to see and so having this as my role debut back home is a big honour. We have all grown up seeing shows at this theatre and it’s a special place; the stage itself is a whole experience.”

“It is Manitoba’s premier outdoor theatre and is always something that I came to see growing up. It seemed like the biggest thing to do in the city and it is really cool to finally get here.

What can audience members expect of the Wizard of Oz this year?

“It’s a very whimsical twist on a set, there’s some fun technical elements that you don’t see everyday in theatre. You will be very entertained.”

“I think a taste of what we already know with the characters, while paying homage to the film, while also bringing ourselves to the show–which I think is the difficult part of doing such a well-known musical. Everyone has done such a beautiful job of finding their version of the characters that we already know. A fresh spin on familiarity is what audience members can expect.”

“The stage is bigger than usual. Usually there is the passarelle and orchestra pit in the middle and we covered that up for the show, so the stage is even longer because the orchestra is too big to fit in the pit. We get to revolve in the show to add the theatrical prowess.”

“The set is made out of recyclable material. The stage has the double meaning with emerald city being so green.”

Has there been any fun moments between the cast members during rehearsal?

“Soccer! A few of us love playing soccer during our breaks. I love it so much, everyone goes and sits outside during lunch breaks and everyone talks and hangs out; it’s something that I've never experienced in a professional company. “

There is a theme throughout the play on the essence of home. What does home mean to you?

“Home is not a physical place (and Dorothy finds that out), it is more connected to the people that you are with. It is a feeling.”

“It is being surrounded by people that love and care about me. It is feeling safe and happy.”

“Home is where the heart is (Tin Man), it's just where your people are and where you feel at home. It’s a feeling and it’s just comfortable.”

This interview has been condensed and edited for formatting purposes.