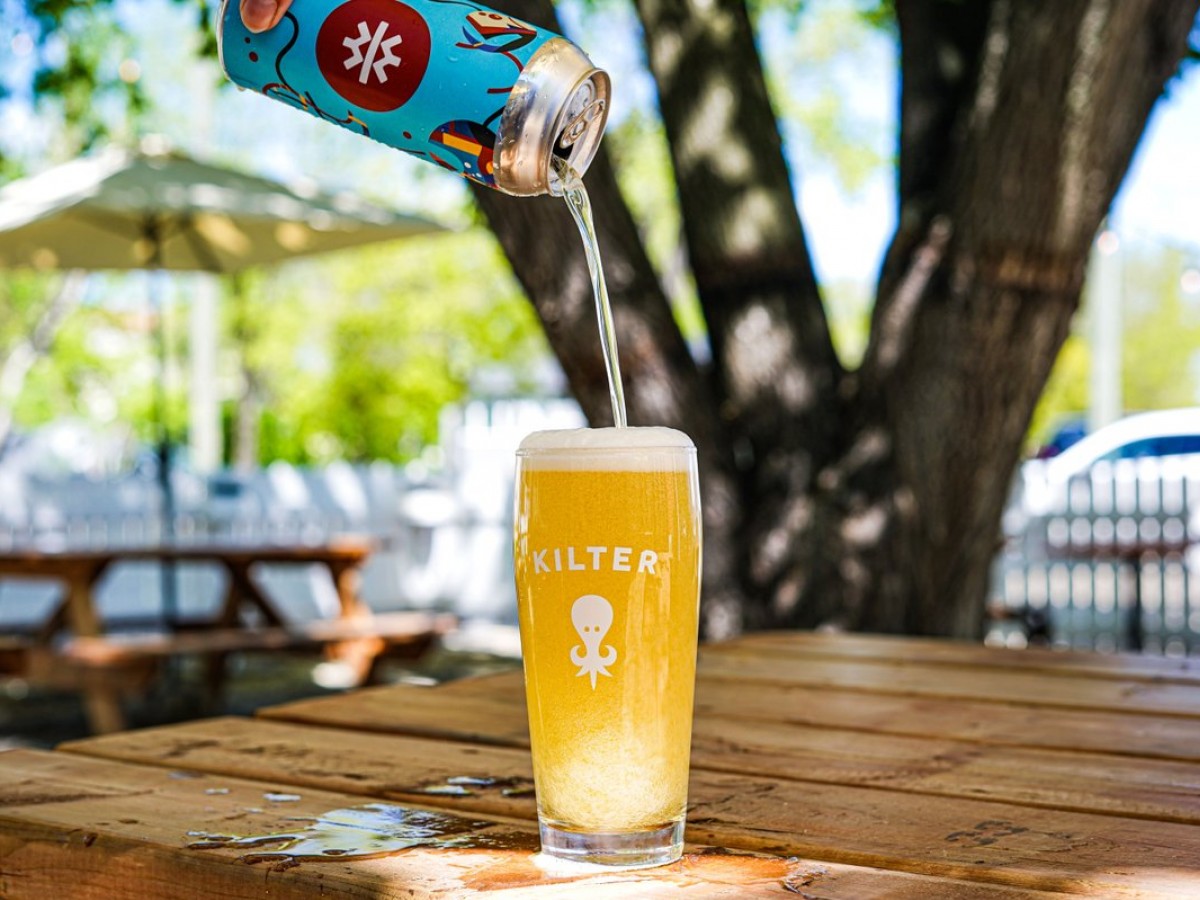 Kilter Brewing Co. is a locally owned and operated craft brewery with a tropical taproom and patio nestled in the heart of Winnipeg's Saint-Boniface neighbourhood.

Brothers Julien, Miguel and Jerik Cloutier opened Kilter Brewing Co. in 2018 after a decade-long journey of exploring the fascinating world of beer. The family travelled to over 30 countries to learn from the influential industry figures, generous mentors and inspiring dreamers in the world of craft beer. They created a space where everyone can walk in and be welcomed by both the staff and the space itself.

Their products are often centred around being tropical, fun and exploratory.

This is the type of authentic story that parallels our city’s new place brand, “Winnipeg: Made from what’s real.” To amplify the new Winnipeg story, we partnered with a series of local businesses like Kilter Brewing Co. to introduce the city’s new place brand. They reflect the narrative of Winnipeg, its people and the innovation that contributes to our growing economy.

“I think a lot of times we catch ourselves looking at other cities and wonder if the grass is greener, but this is a great opportunity to look within and to see that Winnipeg and its people have a lot to offer,” says Julien Cloutier, co-owner of Kilter Brewing Co.

“Winnipeg has a very vibrant art, culinary and entrepreneurial environment. I think the ability to take an idea and make it happen is something that you don’t really see elsewhere as much as you do see in Winnipeg,” Cloutier, continued.

The team at Kilter created the Prairie Lager (4.5%), an approachable lager that celebrates the simplicity of local ingredients. The beer has a bread-like backbone with fruity and just a touch of herbal hops.

Kilter Brewing Co. partnered with local artist, Dee Barsy to create the design of the can itself. Barsy’s work can be spotted all over the city, with her iconic “Barsy blue” that has become mainstay in her work since 2016. The design of the can is inspired by open space, air and water–elements that abound in Winnipeg.

Her work is vibrant and the perfect representation of Winnipeg’s new story.

“Winnipeg is special to me because of the community. This is where I belong. I care about the land, the businesses, the people, the schools, everyone that I have worked with here in Winnipeg has really helped my career grow, and I feel as though I owe a lot to Winnipeg,” said Barsy.

“Art doesn’t necessarily have to be about a painting, it can be about collaboration,” Barsy continued.

The collaborative efforts that contributed to this new Winnipeg summer beer has burned through the shelves at select vendors, liquor marts, Kilter’s taproom as well as their online store.