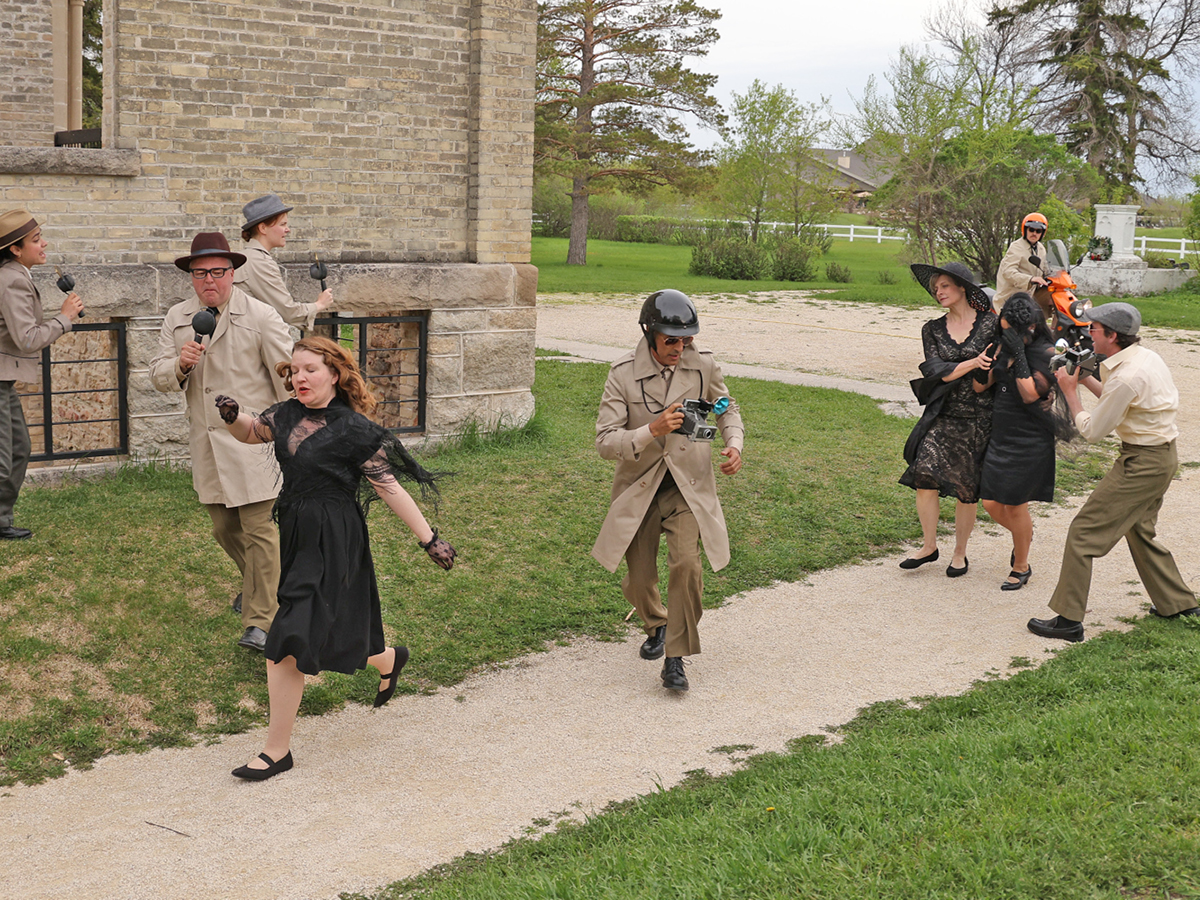 After two seasons away, Winnipeg's beloved outdoor theatre institution dedicated to all things Bard is back this summer!

This June to early July Shakespeare in the Ruins (SIR) will stage something brand-new, along with Much Ado About Nothing, at its gorgeous home amongst the stone facades (aka 'The Ruins') of Trappist Monastery Park, just south of the city.

The saucy comedy Much Ado will be brought to more contemporary times within a backdrop of fake news for Beatrice and Benedick (played by veteran Winnipeg actors of stage and screen, Sarah Constible and Cory Wojcik) to conduct their "merry war." It will be directed by SIR regular Ann Hodges and will feature an array of live music, merriment, deception and a cast of both SIR regulars and newcomers that surely would get the seal of approval from Kenneth, Denzel, Emma, Kate and Keanu. Theatre goers will also be delighted to learn SIR will also present the world-premier of The Player King, a new production written and directed by Ron Pederson specifically for us here in Winnipeg. This one-person show will feature SIR's Artistic Director Rodrigo Beilfuss in the title role as an actor whose Hamlet finds himself flying solo on opening night–a dilemma that would surely make even Yorick's head spin!

Considering that a few of Pederson's past credits include being the co-creator of MADtv (along with every major Canadian theatre company you can name), be prepared for this actor-set-to-play-the-darkly-Danish-prince-all-by-his-lonesome to find some monkeyshines within that mortal coil.

We've put some questions out to Rodrigo Beilfuss about this role. Why Much Ado resonates today, what it will be like to be back in The Ruins in front of a live audience and why we should all experience SIR this summer?

For starters, how exciting is it to be back at the Ruins for 2022?
It is beyond exciting! We’re craving that release, that opening night madness, the joy of seeing the actors breathing and speaking right in front of us, and of course, the after party. Live, in-person theatre is an event. It’s been too long!

What’s the best thing about performing against such a backdrop… and how daunting is it to be under these prairie skies? For instance, do you ever look to the darkening skies and think: “hey, this a comedy, whatever happened to pathetic fallacy?”
The Ruins are stunning and there’s nothing like a Prairie sky. Yes, the elements are unpredictable, but surprise is a key element in comedy. Performing outdoors keeps us on our toes. It’s a challenge, but also a liberating joy–to shout at the ever changing skies.

Much Ado About Nothing generally has upwards of 20 cast members and you are able to portray it with nine. How difficult is it to juggle these multiple roles? (Also, Don John to Donna Joan–well played, surely Keanu would approve!)
Shakespeare’s own company had actors who played multiple roles, so this isn’t an uncommon thing. It’s a well-established tradition and convention in the Classics that a single actor will embody several roles–there are simply too many roles in these big plays–that’s the fun part, though. You get to show off a bit as you flip between different characters in different scenes! Also, costume design helps in that regard. And to go back to Shakespeare: all of his actors were male, as women weren’t allowed onstage. So it’s only fair that now we go “hey, maybe Don John is Donna Joan instead!”

We love how you’ve brought Much Ado into the modern world of social media misinformation, considering it’s such a play based on rumour and crossed-lines. How accessible does this make this comedy to a younger audience?
Our production is really inspired by our current moment, yes, but we are setting it in the 50s–at the birth of the toxic tabloid media, with the paparazzo and all that bombastic gossip stuff. So, it still feels like a modern, sharp and funky world. Much Ado is a really accessible comedy. The language is mostly prose (as opposed to Shakespeare’s blank verse) and the characters are super fun, unapologetic and speak to the audience directly very often. It’s a very fun world. There’s nothing pompous or remote about it. It’s a super inviting, magnetic comedy that way.

The Player King is a brand-new play written specifically for SIR by Ron Pederson, who is also directing. Given his credits, where can we expect this play–centred around The Bard’s most melancholy prince–to go? 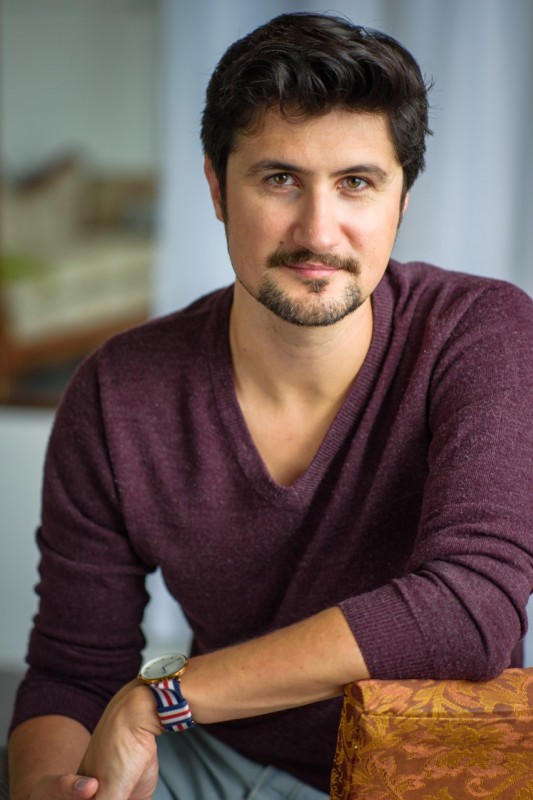 Oh, expect the unexpected. We open in less than two weeks and we have just finished writing the very last scene! It is a really beautiful exploration of the obsession that keeps us theatre creatures moving along: this obsession with trying to understand this love, this pull into wanting to be a performer. It’s also filled with music. We have a terrific, multi-talented musician called Cuinn Joseph who has composed original music for this play and it’s simply gorgeous stuff. Above all, The Player King is fun and funny, and dare I say, quite moving too. I’m biased because I’m the lone actor in it, but it really is a love letter to theatre.

As to inspiration, does it land somewhere in-between Slings and Arrows and Rosencrantz and Guildenstern are Dead?
Hmm…more towards R & G are Dead, absolutely. There’s a touch of the absurd to it; something dream-like. Something has happened to this character, which you only learn at the end, that explains why he finds himself alone in front of an audience. So you’ll just have to come see it.

Finally, what would you like audiences to get out of both productions?
Joy. I want them to laugh and to feel release and respite from the complete madness that is the world right now. I want them to have a good time; to ease their breathing for a few minutes and to just be in the moment. The stuff of Theatre.

Is there anything we haven’t asked that you’d like to add?
I’ll see you at the bar after the show!