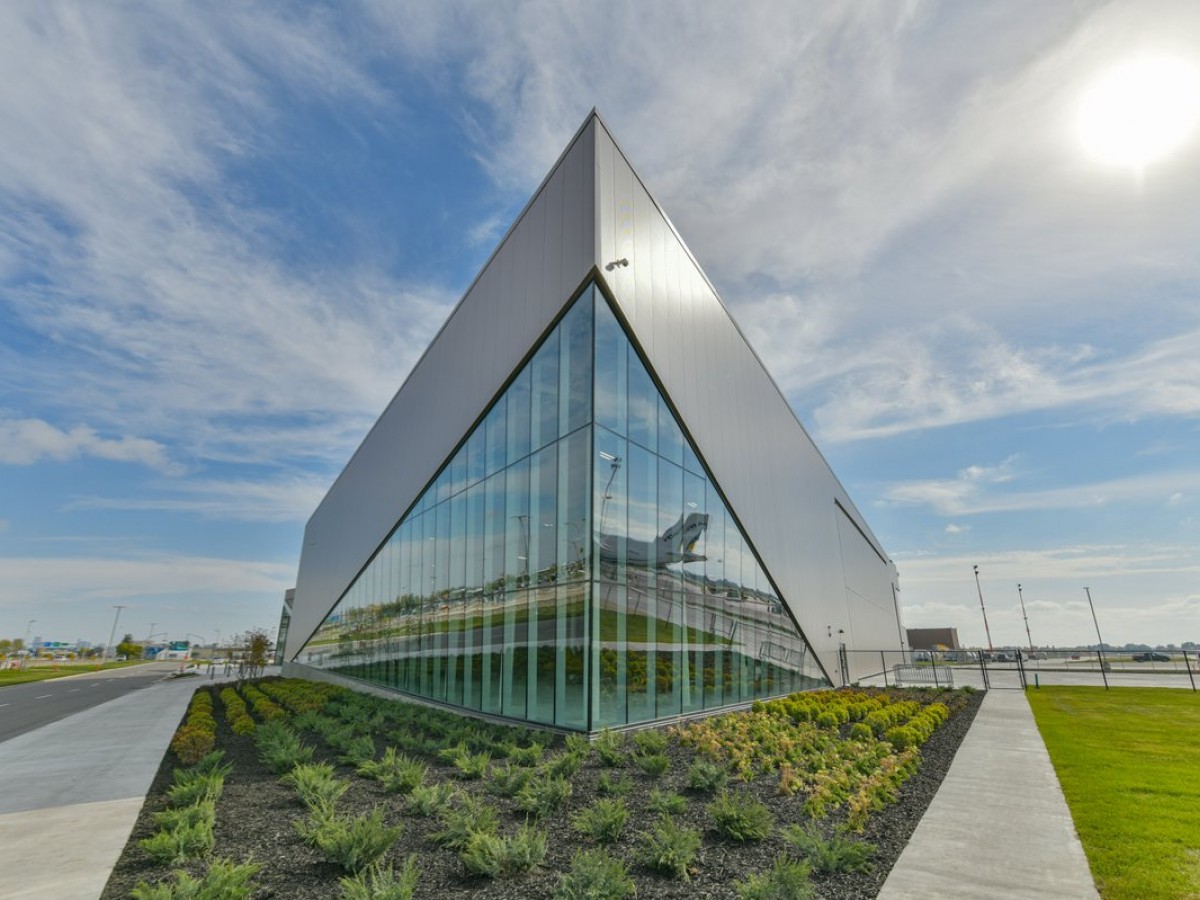 My first interaction with an airplane was during an elementary school field trip.

Our class spent the afternoon at the old Winnipeg Aviation Museum to learn about the evolution of planes and the history of air travel. I remember standing in the viewing room looking out to the busy tarmac, eyes widened at the massive machines. I gazed at wingspans stretching the length of four small cars and watched as workers guided majestic, windowed containers by waving luminescent orange wands. I imagined myself standing next to one of those planes, wondering how such a heavy piece of equipment could be suspended in mid-air. As the planes reached the runway, I covered my ears from the thundering engines. With such power and speed, they soared effortlessly into the sky, eventually transforming into little dots slipping away to befriend the clouds.

Almost two decades have passed and I have had the privilege to step onto several planes. I have experienced the excitement of scanning a boarding pass and buckling into my seat, waiting for my stomach to perform somersaults from the subtle changes in gravity. But just last week, I experienced flight on the ground once again at the newly reimagined and rebuilt Royal Aviation Museum of Western Canada.

The museum sits just beyond the Winnipeg James Richardson International Airport (should you continue to drive through arrivals, the road takes you right to it). The shape of building is made up of diagonal straight lines, almost as if intended to represent the route of a perfect take-off. It has a sharp-edged exterior with dark panels and enormous windows, big enough to see the shine bounce off the airplanes that rest inside.

As I walked into the brightly lit museum, I was first greeted by a yellow propeller plane hanging from the ceiling. Its shiny dorsal anterior was stretched out above me, with black rubber wheels sticking out from its bottom. I could smell the oil and gasoline coming from the rich history of the detailed tubes and wiring and the residue of turning over the engine of its last in-flight experience. As I made my way through the museum, I was eventually welcomed by aircrafts of all sorts: float planes, military jets, passenger planes, some with propellers, and even a flying saucer—yes you read that right.

The museum is decorated with a total of 22 aircraft, essentially some of the largest artifacts you’ll ever see. There are 14 immersive galleries, and the planes are presented in unique ways—some dangled from the ceiling and others placed on raised platforms. Some vessels were used for passengers, some for war, others for delivering mail and some with buoyant feet for landing on water. I was amazed at the constellation of artefacts delicately arranged in the massive space. Like a little kid, I squatted to peer at the small doors and handles, and looked up at the suspended machines, gazing at their steel bellies spotted with bolts and screws.

At a certain point during my visit, I started to notice the sounds of plane engines. Now, you’re probably thinking, of course, the airport is right next door. But the roar of rumbling motors began quietly and grew closer and louder. I could have sworn one of the planes was about to escape through the roof. But instead of a plane taking off on the runway nearby, the motorized echoes came from speakers installed in the ceiling, jumping across stereos to create a real-life simulation. This in-flight experience reminded of my excitement towards airplanes and made me feel like a kid again, learning something new by engaging with history through multiple interactions.

When we step back in time, we are granted the opportunity to recognize the creativity of our past. The experience of seeing these enormous machines up close was immeasurable. It was fascinating to view the details in the artefacts and the unique strokes of history at an arm’s length. Each wing, body, engine, and mechanical bit told their own story and revealed their own historical purpose. And to preserve such artefacts requires a specific team. I watched as museum staff polished small historic items with tiny vacuums, delicately brushing the curves and edges of exposed engines and dashboards. The mechanics were gentle with the components of the flight vessels, cradling the delicate pieces of work to assemble history for display. The ways in which we care for history was highlighted in this museum and the gratitude for the artefacts did not go unnoticed.

To experience the Royal Aviation Museum of Western Canada is to experience lifetimes of air travel. It is a way to express gratitude for science and an appreciation for the bright and daring minds (check out the crazy early helicopter that’s displayed with a quote on how harrowing the blade sounds were) that have contributed to a proud timeline of Canadian innovation. Whether it be through the echoes of flight, the pulse of the passion for history, or the chatter amongst the museum guides—this museum provides plenty of lift.

The Royal Aviation Museum of Western Canada opens to the public on May 21. Be sure to pay a visit and learn about the history of air travel and interact with the miraculous artefacts of Canadian aviation.