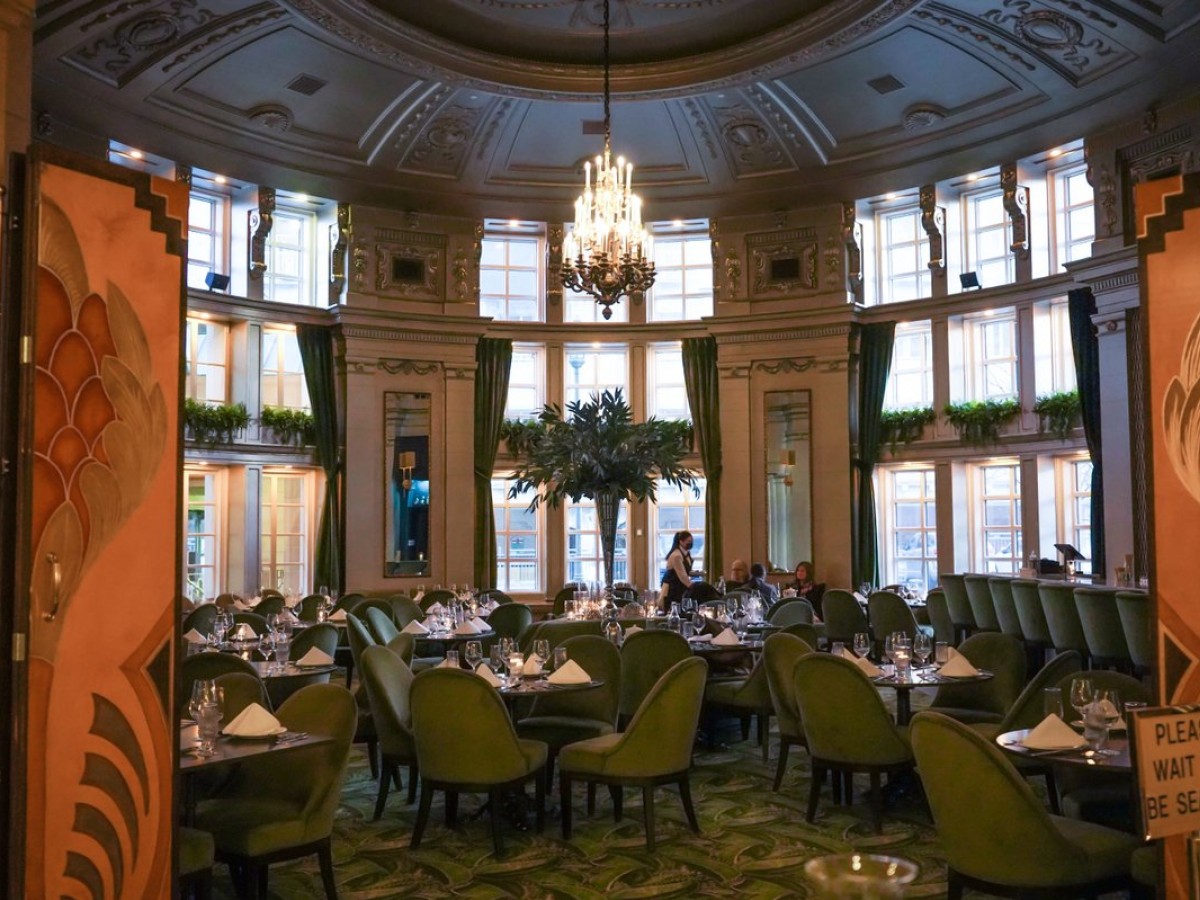 This spring, relax and restore at the newly restored Fort Garry Hotel

Winnipeg’s castle continues to get fortified—in luxury and wellness.

For more than a century, the Fort Garry Hotel, Spa and Conference Centre has provided guests with the sort of experience you’d expect from an original Grand Trunk Pacific Railway property, offering service and a setting befitting for such an iconic landmark.

As you can see in its history, the hotel has always been a top draw for celebrities, while it has also seen more than its fair share of highs and lows when it comes to caring for this fabulous property.

Since 1994, managing partner and owner Ida Albo has continually pushed to ensure the hotel remains one of downtown’s crown jewels. She created additions like Ten Spa on its top floor, along with Yoga Public—Canada's largest yoga studio, which is located just up the street. Above all though, Albo has done wonders with restoring the property itself back to its original 1913 splendour, particularly in all the public areas.

“I want people to enjoy the space and I want them to be taken back to an era that’s almost 110 years ago,” said Albo, while standing within the hotel’s Oval Room Brasserie. “To see Winnipeg in the grandeur it was and the grandeur it still is.”

As you'll read below, not only is the hotel back to being restored to its former glory, but it's also ready to help restore your body with weekend retreats, a stunning new gym and a number of packages and deals that will rejuvenate you this spring.

The restoration of the Oval Room Brasserie

The Oval Room Brasserie (formerly known as the Palm Lounge) is one of the latest restored spaces within the hotel. It’s also one of the first areas you see upon entry into the lobby.

Albo was forced into restoring the iconic dining room after a sprinkler burst in January 2019.

For the job, she went with Vic Hart of Lakewood Interiors and his father Gord, an 80-year-old who first worked at the hotel 55 years ago with his business Hart & Son Plastering.

“We’ve restored it back to the original. And the trick about doing this type of work is you match [what's] existing,” said Gord Hart.

“You don’t make it perfect because then it won’t look right. This building is really old—it’s over 100 years old, so you gotta make it look like it’s old. But you have to have it still straight and reasonably in line with everything else. So, I’ve been looking at the ceiling since we fixed it and you can’t even tell it’s been repaired,” Gord continued.

Vic’s son/Gord’s grandson Ben Hart also worked on the project. "He was important for bringing the young fellas in. I told them to be like water, suck everything up I tell ya and don’t forget it," said Gord.

The scaffolding was set up in November 2020 for this massive plastering job, with six months of the construction spent on the ceiling alone.

The results here are gorgeous. From the entrance of the hotel, the room beckons with its sleek olive green chairs and carpet, which has a fun leaf print. Welcoming you to the space are these striking gold and green art deco dividers that had been in storage for the past decade while the grand piano, which now sits right at the entryway of the brasserie, offers live music every Friday and Saturday and can be heard throughout the lobby and restaurant.

Of course, the Harts aren’t the only storied tradespeople in Winnipeg who have had a hand in restoring the hotel to its century-old pomp. Using social media, the hotel has started a new series highlighting the many people who have helped reshape the property.

This includes Statix Custom Powder Coatings, which refurbished all the tables in the Oval Room Brasserie. The company brought life back to the ornate bases that can be used for years to come. Then there’s Classic Painting’s Rosario LaSpina, who can now add the hotel’s new front desk, the lobby’s faux stonework and the Oval Room to his 40+ year resume.

On the supplier side of things, they’ve highlighted their partnership with Good Neighbour Brewing. The brewers came up with a lavender and honey Saison with the help of the hotel’s Wine Director, Christopher Sprague. The brew is made from honey gathered from the bees on the hotel’s roof. You can find this beer on tap in the Oval Room, along with a great deal of local suppliers on its plates, including everyone’s favourite eggs from Nature’s Farm (which have those iconic marigold-coloured yolks).

What’s new at the hotel

The latest addition that Albo and the team have unveiled at the Fort Garry Hotel is the Fitness Centre. A first-ever for the hotel, this attractive new gym is located right on the lobby level. As you’d expect, it was brought together by local contractor Vince Dolski of Vince’s Contract, based on a design by Belinda Albo Design Studio (yes, indeed, that’s Ida’s sister, who is based out of Toronto). Belinda is also responsible for the designs of Yoga Public and Ten Spa too, while Vince has worked throughout the hotel on new details like the front desk, the guest rooms and the Oval Room’s flower boxes.

This new gym is open 24/7 for guests and has everything you need to stay fit during your stay, including a Jacobs Ladder, a Peloton bike and treadmill, kettle bells, free weights, a rowing machine and an Echelon. With picturesque windows, there’s also plenty of natural light in the space to highlight the sleek design elements like the wood slat walls.

Right now the Fort Garry Hotel, Spa and Conference Centre has a number of deals on offer.

The Romance Package features a bottle of sparkling wine and chocolate-covered strawberries delivered to your room, along with breakfast for two and free self-parking. The Park and Stay package includes complimentary self-parking; the Dine & Unwind includes a $50 food and beverage credit with self-parking. All the above is tailored for two guests.

The Fort Garry Hotel has also launched new ‘Luxurious Wellness Weekend Retreats’ as an opportunity to give guests a local getaway, to unwind, relax and restore during a staycation in downtown Winnipeg. With three different Wellness Weekends to choose from, between now and the end of April, guests check in on Friday for two days and two nights of pampering and activities. With each offering $150 restaurant credit and $200 Ten Spa credit and parking, guests can either sign up for a Mindfulness Meditation weekend with life coach Bonnie Schroeder’s Care for the Caregivers; a weekend of getting cozy and connecting with nature with Hygge expert Anna Klassen’s Time to Hygge , or get into the ZENZōN with Bree Guenette for a weekend of stretching, strength and flow.

All these packages and booking dates can be found at fortgarryhotel.com. Wellness Retreat Weekends take place almost every weekend throughout March and April.