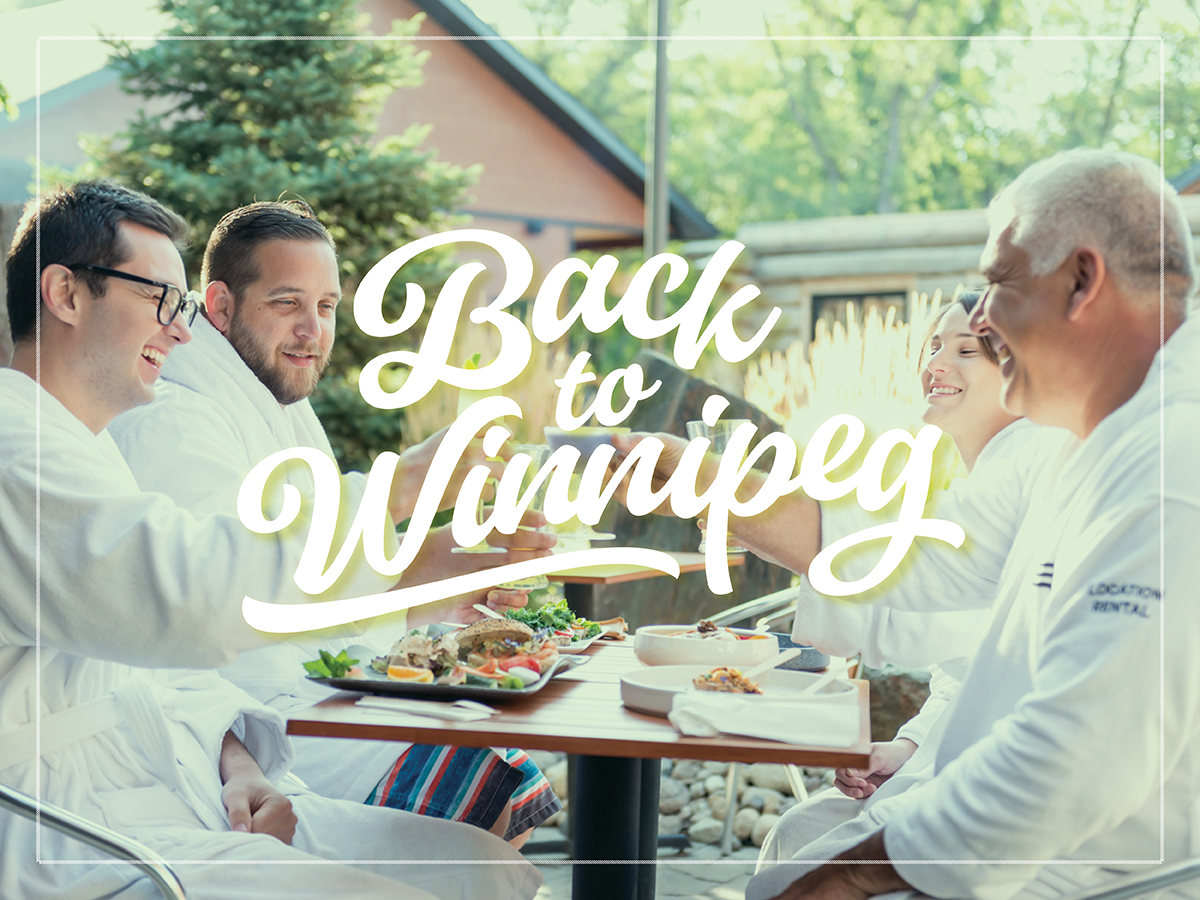 This spring, as the city starts to reappear under these massive snow banks, it’s time to get the team back together.

We know you and your crew are thirsty to start exploring, experiencing and immersing yourself in all that Winnipeg has to offer, while there’s so much to pour over—from live entertainment, to interactive attractions and plenty in between.

Here’s 10 reasons to get the gang back together this spring:

1. Now’s the time to see Qaumajuq, the world’s newest acclaimed cultural destination. Come see why The New York Times, Forbes, Smithsonian and more have heaped praised on Winnipeg Art Gallery-Qaumajuq. Not only does it showcase the world’s largest collection of Inuit art, the building itself pays homage to the Arctic landscape with galleries and an exterior that flows like snow drifts, with architectural features like skylights that represent seal breathing holes, and a massive glass vault that features thousands of carvings from across the Arctic. At the WAG proper, you also don’t want to miss Art in Bloom (April 1-3). Occurring every second year, this fragrant event pays homage to the WAG’s collection by replicating celebrated works using lush floral displays. As part of this, you can also buy gorgeous arrangements after viewing these fascinating and fragrant works.

2. Drop the puck! There’s so much hockey on this spring in the city, from the fast-paced action featuring the stars of tomorrow at the top-rated Winnipeg Ice (who continue to be one of the best teams in the whole CHL), to the affordable fun of the Manitoba Moose, to the big show of the Winnipeg Jets, where every game is crucial if they are to make the post season.

3. So much live music coming back to town! At a glance we have the legendary Paul Shaffer with the Winnipeg Symphony Orchestra (April 22-23); Sarah Harmer (April 5) and Hawksley Workman (April 18) at The Park Theatre; and so many more shows as you’ll see here.

4. Cheers to that! The city is home to more than 20 breweries and a couple distilleries, which are spread throughout downtown and surrounding neighborhoods like the West End and south heading down Pembina.

5. Activate your teamwork. Activate Games is about to take the world by storm. It first started in Winnipeg, and at the original location you and your crew will embark on an 8-bit inspired adventure as you attempt to beat all the various game rooms which will see you ducking and shooting lasers, shooting hopes, navigating the ultimate “floor is lava” room, and escaping the Medusa-like glare of the giant eye. It’s incredibly fun and addictive, as each room offers new mental and physical challenges while you’ll relish the overall retro video game vibe of the place.

6. Get ready to rock! Big touring acts are back this spring at Canada Life Centre, including Alice Cooper (April 9), Slipknot (April 11), Rise Against (April 14), Imagine Dragons (April 19) and James Taylor with Jackson Browne (May 5).

7. Comedy, and lots of it. We could all use a laugh after these past two years, so why not see some of the biggest names in comedy like Chelsea Handler (March 10-11), Jeff Dunham (March 26), Nikki Glazer (April 9), and Andre Philippe Gagnon (March 18) when they come to The Burt, Club Regent, or Canada Life Centre. Rumour’s too has plenty of stars, including Jay Mewes—of Jay and Silent Bob fame—from April 26-27, and SNL’s Jay Paroah (April 21-23).

8. Get caught up in the city’s Escape Rooms. Whether you are looking for a heart-pounding experience that will see you and the crew screaming in terror, to a castle-themed quest for a sword, to outer space adventures, these places have you covered with their clues, keys, and need for teamwork.

9. Get your relax on at Thermëa by Nordik Spa Nature. Winnipeg’s tranquil outdoor spa will make guests fist pump during shoulder season, as messy weather does nothing to damper the experience here. Hit the Finnish saunas, soak in the thermal pools, hide out in a heated hammock, and celebrate with some craft cocktails and small plates in your robe at its excellent restaurant.

10. There's always something to do at FortWhyte Alive. The current events calendar has plenty of weekend adventures, including guided snow-shoeing tours (while the snow lasts) and other nature-inspired activities. Now's a great time to set out for a stroll through its aspen trails to see bird species returning to the area, while encountering North America's largest urban bison herd is sure to bring a smile to your faces.

Looking for a great place to stay to take in all this action? Check out our friends at Delta Hotels by Marriott Winnipeg. Downtown's largest four-star hotel as all the amenities you are looking for, including a beautiful indoor pool and fitness centre, outdoor balconies, and multiple restaurant options onsite. Plus the location is just steps from downtown's major attractions like Winnipeg Art Gallery-Qaumajuq, True North Square, Canada Life Centre, The Forks, and The Canadian Museum for Human Rights.