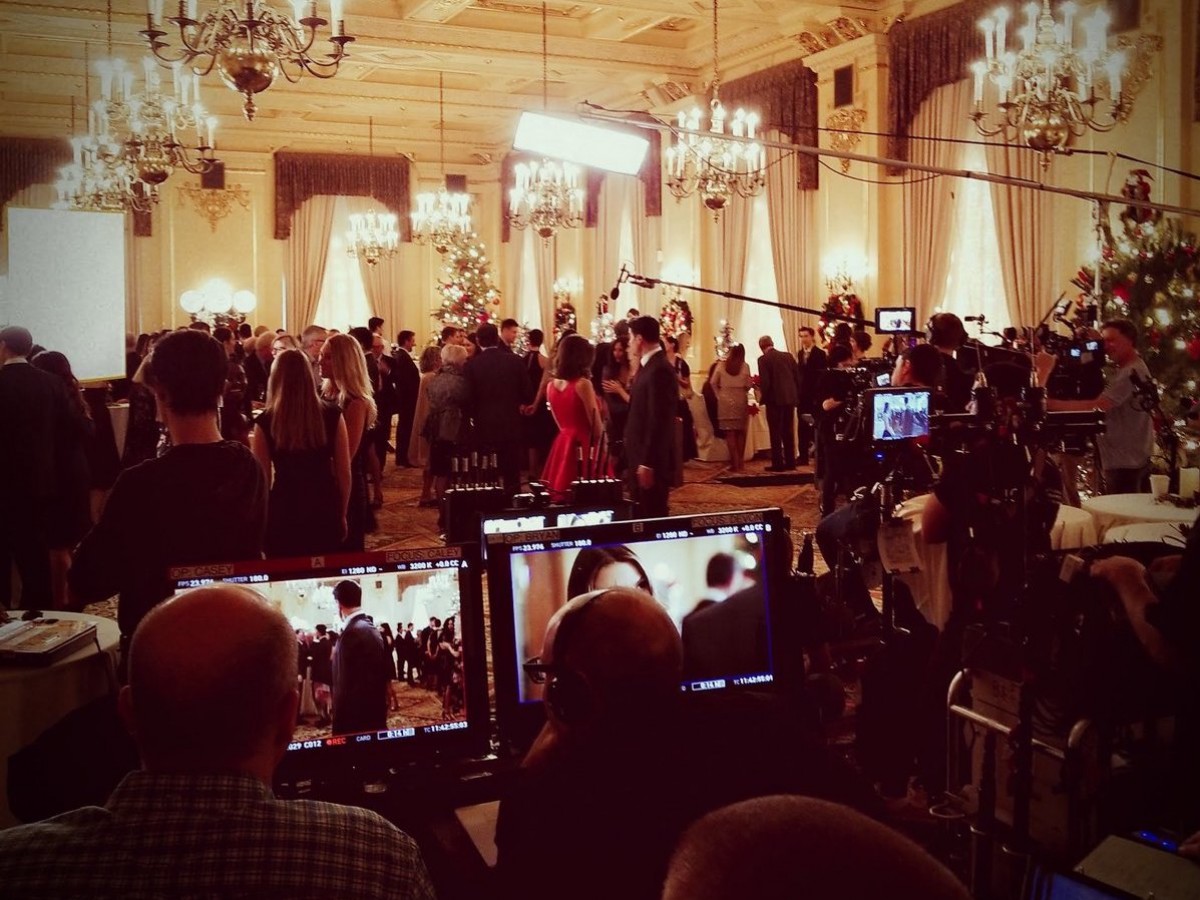 It’s the most wonderful time of the year! Hallmark and Lifetime Christmas movie time!

It’s a time for couples to come together onscreen despite mild obstacles, a time for unexpectedly heartwarming moments from wily widows, and a time for viewers at home to say ‘hey, isn’t that Dermot Mulroney and Danny Glover?’

For us, the best part is playing ‘spot that Winnipeg location’ while bingeing on all this wholesome fare. This is often easy to do, as every year Hallmark (and usually Lifetime) cover areas of The Exchange District, picturesque old homes in River Heights and charming barns just outside the city with enough fake snow, film crews and festiveness to ensure these films are ready for Hallmark’s Countdown to Christmas (here in Canada the movies are on the W Channel). Plus, so many of these films are shot by our friends at Cartel Entertainment.

So, without further ado, here’s what’s been shot and staged this past year in Winnipeg and is now awaiting your views on W.

About a Kiss Before Christmas – The stars really aligned for this latest from Hallmark, which features former Desperate Housewives cast members Teri Hatcher and James Denton reuniting to film here in Winnipeg. As reported by CTV Winnipeg, it was shot in around the Exchange District and downtown, including a “snowy” scene in front of the RBC Convention Centre Winnipeg during this past autumn’s heat wave.

As you can see in Teri Hatcher’s Insta posts during production, scenes were also shot at the Fort Garry Hotel (a location, as you’ll read below, that’s become a hallmark in Hallmark films… har har).

The film has its premiere on November 21, but you can expect to see it played throughout the holiday season in primetime. As to the plot, this one’s not your straightforward love story. Instead, it sees Denton’s character Ethan Holt having to reclaim his old life after he wakes up in an alternative reality!

‘Tis the Season to be Merry – Another one that brought some star power to town, 'Tis the Season features Rachael Leigh Cook (She’s All That – and indeed still is!) in the starring role of Merry, who “heads to snow covered Vermont” (erm, Winnipeg) “for a fresh angle to her book on relationships.” It was filmed in and around Winnipeg—particularly the Exchange—from Oct. 18 to Nov. 4 and will premiere on Sunday, December 19 (what a turnaround! Give those editors a round of applause!).

The film also features notable local actors Adam Hurtig and John B. Lowe (who you’ll read below is a Hallmark regular).

Crashing Thru the Snow – This cheeky number was part of Hallmark’s Christmas in July, and will be returning to take part in Hallmark’s Countdown to Christmas on Monday, December 6. It’s a comedy about a blended family being forced to come together over the holidays in Aspen (the set up involves an "un-vitation" or sorts by the new step mum that is actually accepted by the ex-wife, who now has to scramble to play it cool). Some of the zestier scenes take place at the Fort Garry Hotel, as you’ll see in the trailer below.

As to the outdoor mountain scenes – yeah, that’s not Winnipeg, but we’re now reaching out to the Fort Garry’s Director of Marketing Maria Cefali to make the Reindeer Relay a real thing.

This one also features John B. Lowe along with fellow Winnipegger Jan Skene, another veteran actor who is a Hallmark staple with credits including Project Christmas Wish, On the 12th Date of Christmas, Two Turtle Doves and A Shoe Addict’s Christmas. Skene was also a regular on our favourite recent Winnipeg television production, Burden of Truth.

Modern classics from years past

Speaking of local actors who are Hallmark staples, you should be sure to check our 2020 guide from Hallmark movie star Melissa Elias.

In it, Elias discusses classics like Amazing Winter Romance, On the 12th Date of Christmas, Once Upon a Christmas Miracle, and Lifetime’s highly regarded Radio Christmas.

As well, our 2019 guide covers such notable Winnipeg-shot films like Merry & Bright and The Christmas Club.

All of these Hallmark and Lifetime features will surely once again shine bright this holiday season, so make your Winnipeg-shot holiday film list and check it twice, because all these films leave out most of the naughty to make you feel nice.