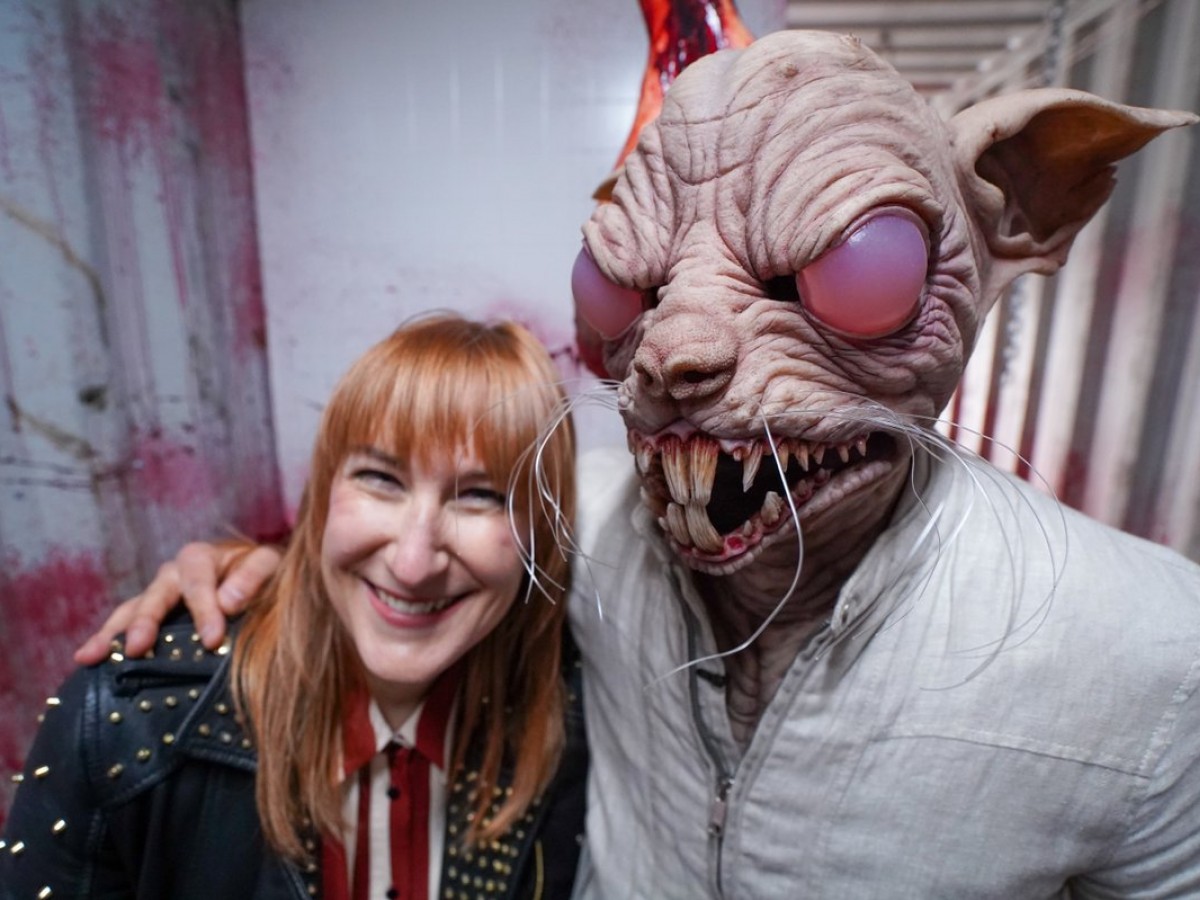 Don't rat out your friends at Heebie Jeebies (Tourism Winnipeg)

It's already October; the nights have become a little longer, the mornings roll in with a spooky mist and there's an abundance of black cats in your neighbourhood... it's time to bring on Halloween season.

Not to say we aren’t enjoying these mild fall temperatures, this slow changing of the leaves and that crabapple crispness to the air. It’s just that Winnipeg celebrates Halloween for a whole month, last year was kind of a ripoff and now we simply want to shake off these “let’s not have a fourth wave blues” by getting so scared we (almost) pee our pants.

And on that note. Warning: Everything on this list will be even more terrifying than the Facebook comment section on this article when we remind people, that yes, you must show proof of vaccination to go to all these events.

Read on if you dare, because this list is more disturbing and zombie-ish than that lone hair that continually grows out from the top of our left ear.

Fear 5 – If the insane new trailer is anything to go by, the people behind Fear Wpg have taken it even further this year with Fear 5. There are four interactive experiences to choose from, all of which appear to be more heart-pounding than the opening sequence of 28 Weeks Later.

Returning for Fear 5 is The Chase, the company’s award-winning zombie chase (pretending you are Robert Carlyle’s character Don here is totally optional) which is sure to get your heart pounding – and perhaps your clothing sprayed with blood and guts.

While this will be enough for most, Fear has upped the ante with three new experiences for 2021. Blind is inspired by the Netflix hit Bird Box (yup, you’re going to be blindfolded!), The Copycat Killer – inspired by Showtime’s Dexter (said to be the least scary of them all) and a virtual reality game for four that is said to be an even more terrifying reality-technology mashup than Videodrome.

All of this year’s experiences are indoors, while #16 of Fear’s “ 20 Reasons to Live in Fear” states: “It's all fun and games until you enter a dark corridor have your mouth duct-taped, your vision is taken away, and you feel the breath of the undead,” which is absolutely mental and yet, we simply can’t wait.

Fear 5 is on Friday, Saturday and Sunday evenings throughout October. The venue will be announced after you’ve purchased your ticket. All tickets are timed, so there will be no lines to contend with (unlike the hordes of the undead which you will need to contend with).

Heebie Jeebies – The costumes and characters at Heebie Jeebies alone are worth the price of admission, as owner/operator Tim Muys spends thousands to ensure his cast look like something out of a high budget Hollywood production.

This season, Heebie Jeebies will feature more than 100 of these characters, many of whom are new for 2021 and will be waiting to scare you so hard you’ll be panicking like that horse on the ferry in The Ring.  You’ll find this cast of the undead in four mazes that are based on a zombie bunker, a junkyard, an inbred farmhouse (perhaps like that X-Files episode Home?) and Bobo’s Funhouse – because clowns. All the mazes have been updated and reworked from last year, while there will also be fireworks, photos ops, zombie carnival games and three food trucks onsite too.

Timed tickets are available online now and the location is at 53071 La Salle Road, just south off of McGillvray Boulevard.

Six Pines is run by the Thevenot family, who have been producing this incredible interactive Halloween experience on their farm since 1998. Fear by Night features four haunted house experiences in one spot, including Enter Sandman, The Bayou, Hilly Bill Run, and Chewy’s Playground – because clowns.

Deer Meadow Farms' Forbidden Forest - With its tiny European fallow deer, petting zoo, corn mazes and BunnyVille (oh my heart), Deer Meadow Farms is usually a place where the hashtag #adorbs is in order. All that changes when night falls in October and the Forbidden Forest beckons with its 15 acres of fear. Within, more than 70 creatures await, along with 18 larger than life sets and all the fog machines, special effects and freaky sounds one expects in a forest where only the bold dare venture. On top of the Forbidden Forest, your ticket also gets you access to the three mazes at night, which itself can be quite a scare as you navigate via flashlight while the wind (or is that some nightmarish creature?) rustles the corn stalks.

Escape rooms that will make you scream

The Mine at The Real Escape – Umm, so we did this one this week and wow, just wow…

Escape rooms are tough to talk about because no one likes a spoiler, so all we will say is it opens with you essentially handcuffed to a metal rail in the pitch black while a super creepy voice starts playing on a radio that provides the only faint light in the room. From then on, you and your teammates have to solve a very hard series of puzzles all while being terrorized (mainly in the dark) by a miner in a pig mask. We screamed and had to laugh in relief so many times, and then we got to the point where you need to go down the long winding mine shaft in the pitch black and everyone was like, “Nope. I ain’t going down there.” The whole experience was more invigorating than a jump in a frozen lake. Seriously so good.

Killer Noob Escapes – We did this one this week too and sweet Pennywise’s red nose is both so scary and so much fun. During one experience – Buried Alive – we were locked in an actual coffin for 30 min! (But don’t worry, there’s a panic button and it involves you and a team member in two different coffins talking to one another to solve your escape). In another room, The Fun House, we were terrorized by a clown, all while taking turns laughing to cut the tension because it was namely all screams and jumps and plenty of bad language as we attempted to navigate the puzzles. The great thing about completing The Fun House is we now have part 2 – The Upstairs – to look forward to soon.

Killer Noob is unique as some of the experiences are quick, while they also have the traditional one-hour escape experiences. Their facilities are also top-notch.

Square Peg Tours This highly rated tour company has numerous outdoor walking tours throughout the fall that shed light on Winnipeg’s historic cast of nefarious characters and paranormal history. Wicked Winnipeg (Oct. 1, 7, 13 – beginning at Union Station) will tell the tales of noted criminals in the city who found the end of a noose, while fans of the phantasmagorical will love the Exchange District Ghost Walk and the Broadway Ghost Walk, which both take you to the city’s ghost-inhabited locales.

All dates and  tickets available here.

The Trolley of Terror Led by The Midnight Conductor, this Winnipeg Trolley experience is as hair-raising as the opening soundtrack of Unsolved Mysteries. Taking off from The Fort Garry Hotel, you’ll visit such notable spots as the hotel’s haunted room 202, the Dalnavert Mansion for some Victorian-style scares and Seven Oaks House – the “oldest and most haunted house in Winnipeg.” Between spots, the Midnight Conductor will regale you with terrifying tales covering everything from séances to ghosts and even UFO sightings outside the city.