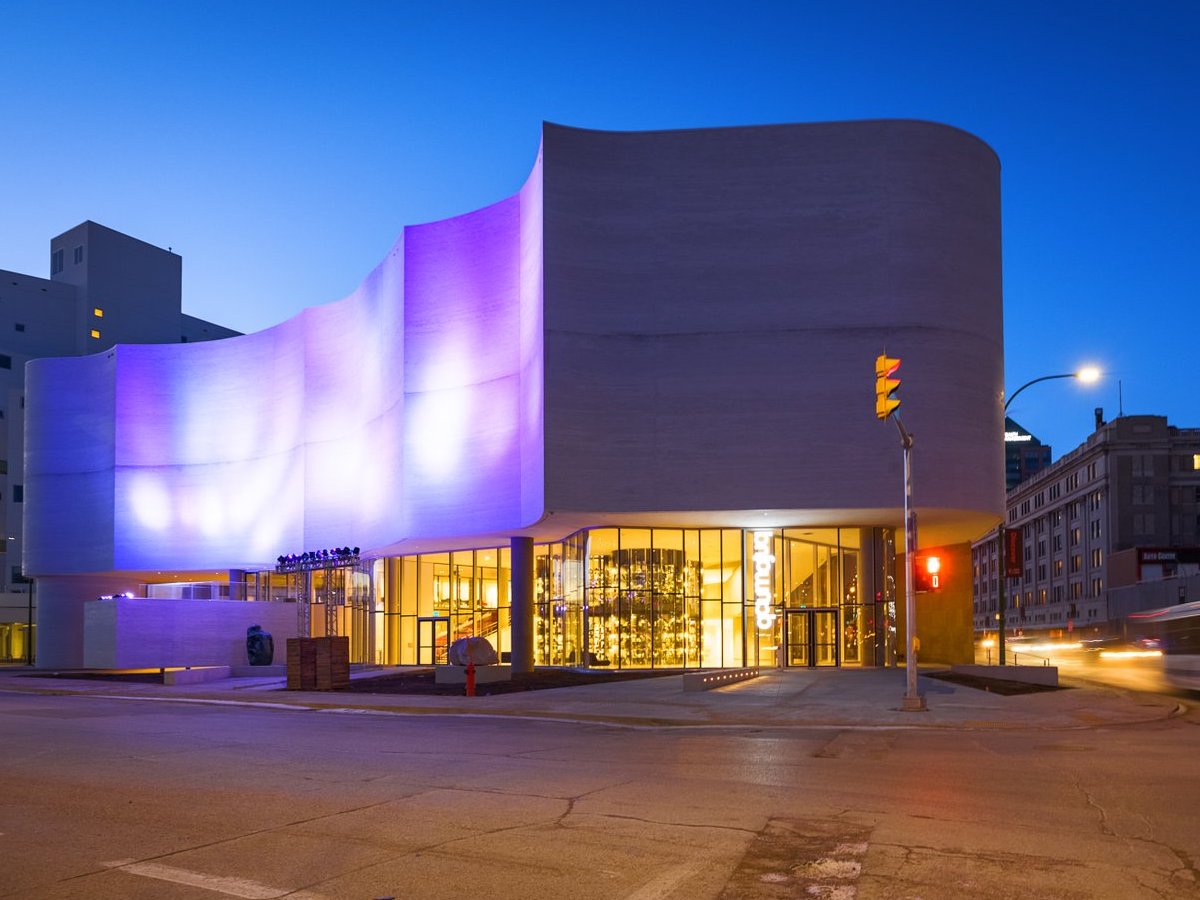 The cultural gem, Qaumajuq at the Winnipeg Art Gallery. (Photo by Salvador Maniquiz)

Prestigious U.S. magazine ranks Winnipeg as a top destination with emphasis on Qaumajuq

We always knew we were living in one of the world’s greatest places – but now TIME has confirmed it.

The city’s latest major accolade comes courtesy of the prestigious US publication, which has just named Winnipeg on a list of The World’s 100 Greatest Places of 2021.

The article celebrates the city’s newest cultural gem, Qaumajuq at the Winnipeg Art Gallery front and centre, noting its mandate of bridging the North and South and how it embodies “the creative side of Winnipeg."

The $65-million Qaumajuq, which only opened in spring, has already seen rave reviews in Smithsonian, Forbes, Travel + Leisure, The Globe and Mail, Wallpaper*, AZURE and enRoute magazine, to name but a few.

“For years we have been saying Winnipeg consistently surprises and punches above its weight,” said Economic Development Winnipeg’s President & CEO, Dayna Spiring.

“Our city leads and excels in so many areas from business to the arts and tourism and we are thrilled to be recognized by TIME. As our tourism sector begins to recover, this will help keep Winnipeg top-of-mind for travellers looking for an exciting destination to visit.”

Time goes on to highlight more on the city’s creativity in the 100 Greatest Places of 2021 guide, including Canada’s Royal Winnipeg Ballet and uniquely Winnipeg winter things like the annual Warming Huts contest at The Forks, and the Winnipeg Symphony Orchestra’s New Music Festival – where past performers have played on ice.

In the past two years, Winnipeg has also made  Condé Nast Traveler’s 21 best places to go in 2021 and Expedia Travel’s top spots to visit in 2020, while in 2015 National Geographic Traveler had the city as one of the Best of the World – 20 must-see places for 2016 – citing new world-class attractions at the time like the Canadian Museum for Human Rights and the Journey to Churchill at Assiniboine Park Zoo.

With The Leaf at Canada’s Diversity Gardens set to open in 2022 – the  $100-million horticultural attraction will feature a butterfly garden, four distinct biomes, event spaces, a six-storey indoor waterfall, and the outdoor Gardens at The Leaf (now open) – we can expect more acclaim from worldly publications in the coming year.