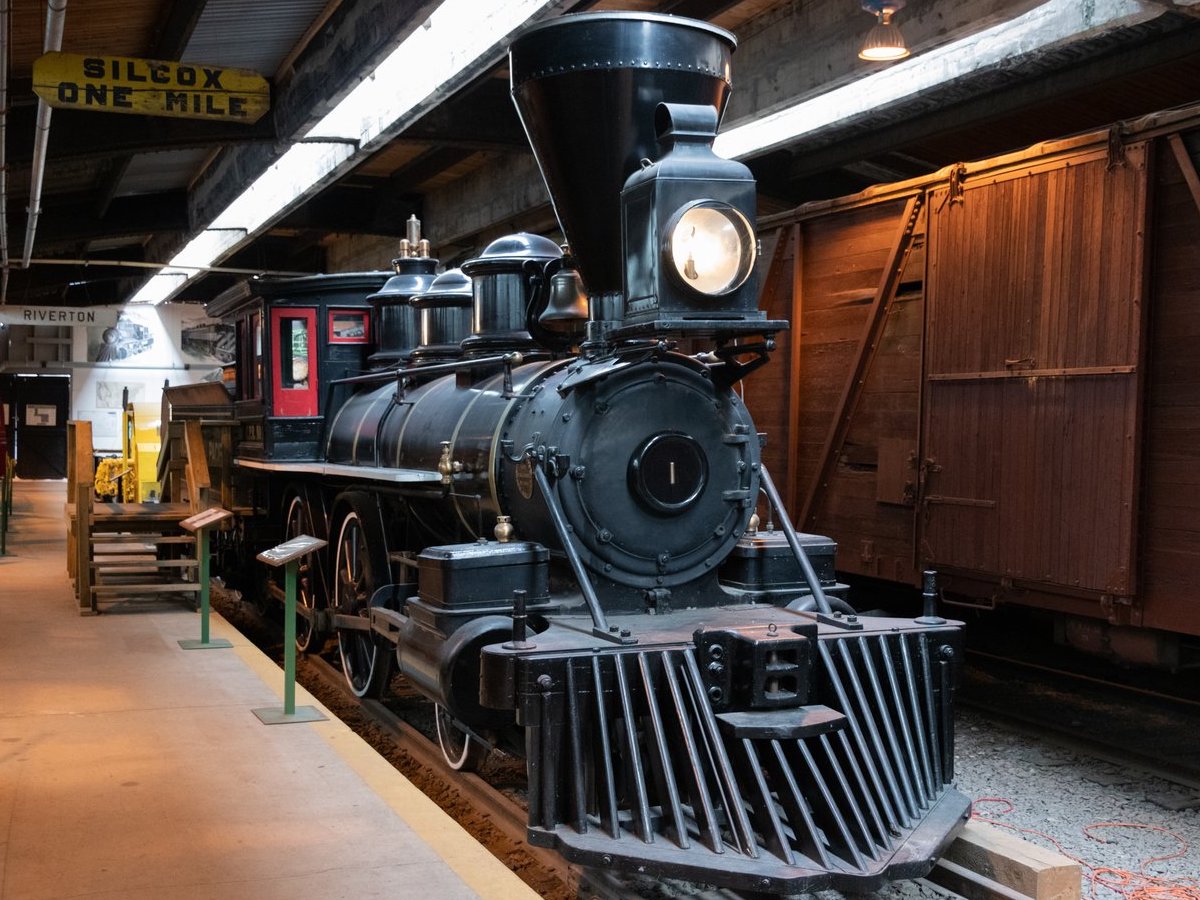 The Countess of Dufferin was the first steam locomotive on the Canadian prairies. (Photo by Ellen Paulley)

All aboard for the Winnipeg Railway Museum!

To open the doors to the Winnipeg Railway Museum is to open the doors to a unique world. A must-visit for any railway enthusiast, the Winnipeg museum offers visitors a chance to be delighted by Canadian rail history. Located in the historic and beautiful Union Station, a short walk from The Forks, the museum is home to locomotives, train cars, maintenance equipment and more.

Black beauty of the rails

The museum’s star attraction is the Countess of Dufferin, a steam locomotive built in 1872. It was named in honour of the wife of Canada’s Governor General. Purchased by Joseph Whitehead, a contractor for the Canadian Pacific Railway (CPR), the locomotive made its way to Winnipeg by barge up the Red River from Minnesota in 1877. The first of its kind on the Canadian Prairies, the locomotive was used to build the Pembina Branch and sections of the east-west CPR line, and finally powered a sawmill for the Columbia River Lumber Company.

The locomotive was donated to the City of Winnipeg in 1910, with restoration undertaken in the 1970s. In 1992, 125 years after its arrival, the Countess of Dufferin was moved to its permanent home on Track 1 in Winnipeg’s Union Station.

You can climb aboard the Countess of Dufferin, peek into its cab and imagine yourself at the throttle as you venture further into the countryside.

Could a caboose be the new tiny home?
The Countess of Dufferin isn’t the only engine or train car that you can explore inside. You can also climb into a 1972 steel caboose and a combination car, which carries both passengers and freight.

The 50-tonne caboose offers a layout option for those interested in building a tiny home. Designed to be a home-on-the-go for the conductor and brakeman, the CN 79553 caboose boasts a kitchenette, dining area, two desks and a chemical toilet. And not one, but two, oil-fired space heaters to combat the cold winters.

The only things missing for the true tiny home experience are a bed and shower, but perhaps one of the desks could be replaced with bunk beds? With a little layout rearrangement, it’s entirely possible a small shower could be included.

History … expected and not
In a railway museum, one might anticipate finding historical information about the development and evolution of the railway and related facts within railway history.

The Winnipeg Railway Museum doesn’t disappoint, offering visitors picture and video displays about the Hudson Bay railway; the Canadian Government Railways and their amalgamation into the Canadian National Railway; and the history of women in the railway; among others.

There’s also a signals display, set up in a boxcar, that’s filled with equipment such as battery boxes, headsets, bells etc.

CPR china and silverware are on display too. If you have any CPR china that you’d like to contribute, the museum is accepting donations to add to its collection.

There are unexpected pieces of history contained in the museum, such as Alfred Edward Baker Jr.’s alpaca pile great-coat. Baker Jr. (1896-1956) was an employee of the Canadian Pacific Railway, following in his father’s footsteps. Baker Jr. was only seven years old when his father, an engineer, was tragically killed after a trestle, weakened by a fire, collapsed under the weight of the train he was driving.

Baker Jr. earned money by bringing water to the linemen working on the railroad near his home. As he grew up, the railroad employed him to run messages up and down the line on his bicycle. By the time he was 19, he was a journeyman wheelwright.

The great-coat was passed on to Baker Jr.’s eldest son who passed it on to Baker Jr.’s youngest grandson, Rugh John Baker, who donated it to the museum. The coat and accompanying hat are an example of the “kit” railroad employees received in the early days.

Special exhibits
There are a variety of railway vehicles on display, including fire trucks, a Model T-Ford, a hand car, and a track drill, to name a few. All serving their unique purpose to help build and maintain the railway in the early days.

The museum is also home to the Winnipeg Model Railway Club. The room is located in the centre of the museum and non-members can view the intricate layout through the room’s large windows.

There’s a specific exhibit related to the City of Winnipeg’s railways, which includes hydro locomotives and a Mac Rail Bus built in 1922, among others.

You don’t have to be a railway buff to find something that will interest you in the Winnipeg Railway Museum. It’s interesting to journey into the past and learn about aspects of Canadian rail history. Being able to explore the inside of the engines and train cars makes it a fun place to visit for young children and everyone young at heart.

Learn more about the Winnipeg Railway Museum, including hours and admission costs, on their website.

Ellen Paulley, MAPC is the founder and principal strategist of Stratosphere Communications. She contributed all the photos in this article too.