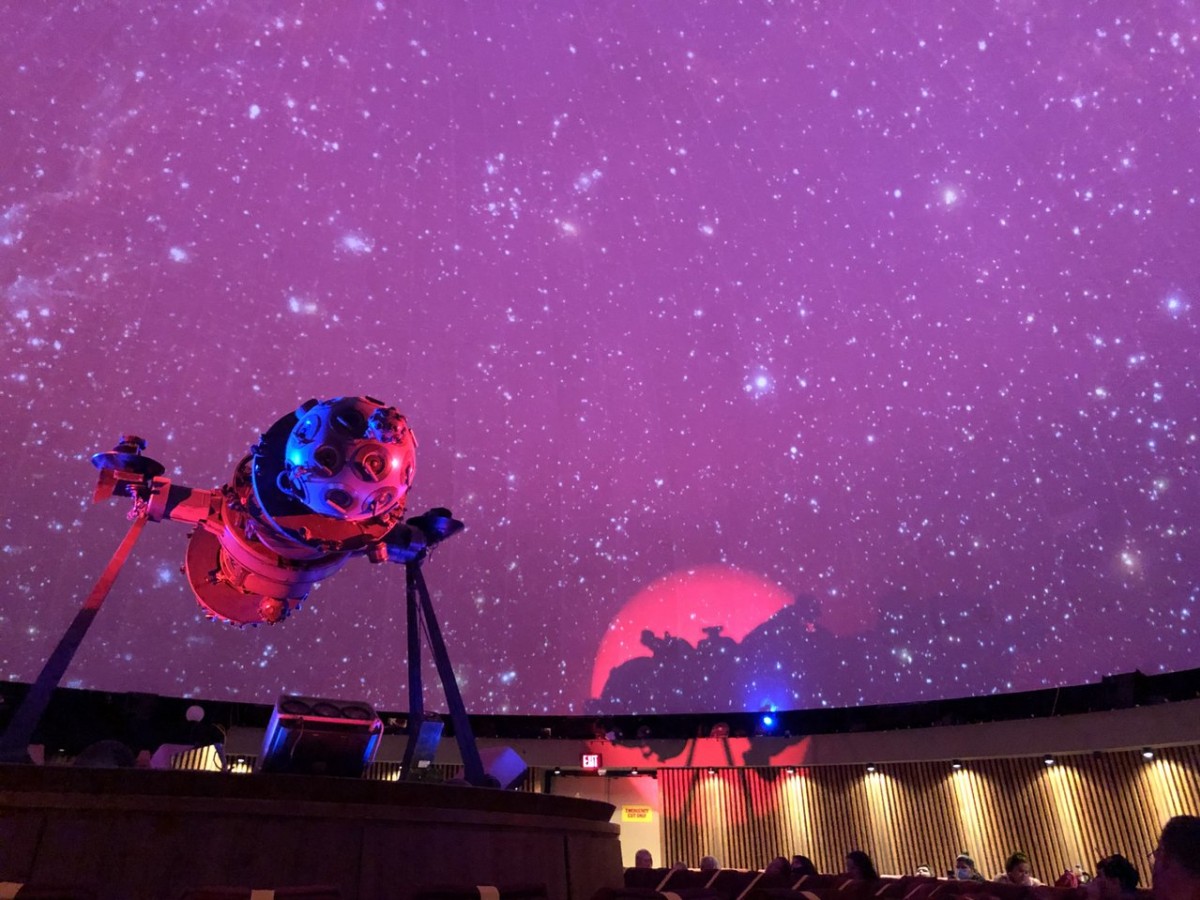 Planetarium at the Manitoba Museum

Blurring lines between science and fiction

David Thompson, one of Canada’s foremost early cartographers and explorers was travelling through what is now the Manitoban Plains when he looked up and noticed something peculiar.

It wasn’t uncommon for Thompson to be perusing the night sky, as some Indigenous Peoples referred to him as “the Stargazer.” But on this fateful night in 1792, Thompson saw more than just the Little Dipper.

Thompson recorded one of the earliest and most fascinating accounts of UFOs in North America when he noted seeing “meteors of globular form” that appeared “larger than the moon” crash into the ice. Thompson investigated the crash site in the early morning, but upon further inspection, the ice was unscathed.

Thompson’s was the first of many Manitoban UFO sightings and with America’s recent confirmation from June that extra-terrestrials could be responsible for “unidentified aerial phenomena,” we thought Only in the Peg would compile a list of Manitoba’s most notable science fiction phenoniums and feats.

Plus, it’s October! So it only makes sense to add to our Halloween content.

One of Manitoba’s most infamous encounters with the unknown came from Falcon Lake, just one and half hours east of Winnipeg.

The incident took place while Stefan Michalak was prospecting in the woods. The man recorded seeing two vessels hover above him in the night sky. The first shot away in a blur, but the second landed just 150 yards from Michalak.

He recounts the ships being 35 ft. in diameter and brilliantly lit. He was close enough to touch the vessel when the ship suddenly shot up in an instant, knocking him on his back. Michalak returned home, but in the following weeks, he suffered from severe headaches, weight loss, nausea, blackouts, diarrhea and strangest of all – radiation burns.

His son, Stan Michalak, noted that his father appeared pale and haggard upon returning from the woods. Along with his concern for his father’s appearance, he remembers a rank smell of sulphur and burnt engine parts emanating from his pores.

The event could neither be confirmed nor denied by the RCMP, The Royal Canadian Airforce, nor the Federal Department of Health and Welfare. Years later, this incident is still regarded as one of the most credible UFO sightings to date, thanks to Michalak’s diligent note-taking and records.

His son went on to publish a book about the event titled, When They Appeared that is co-authored by Chris Rutkowski.

Rutkowski works at the University of Manitoba and is Canada’s pre-eminent Ufologist (the most amazing job title if there ever was one). Rutkowski is an internationally renowned UFO researcher and has been collecting accounts of UFO sightings and encounters for more than 35 years.

Rutkowski compiled a formidable collection of photos, research, reports, notes, zines and other documents that he donated to the  University of Manitoba’s Archives and Special Collections under its inaugural UFO Archive in 2019.

Rutkowski often speaks to audiences about UFO phenomena, inspiring attendees to continue looking into unexplainable events. The man is so fascinating that VICE just covered his now two-decade relationship with the government when it comes to UFO research.

Along with being an extra-terrestrial hotspot, Manitoba also helps bring its futuristic prowess to homes all around the world. Manitoba has contributed to producing incredible pieces of science fiction pop culture, including blockbuster movies like Avatar, Resident Evil: Apocalypse, and The X-Files.

The special effects teams in Manitoba are regarded as some of the best and it is evident when watching series like Tales from the Loop, which was partly filmed in Birds Hill Provincial Park just 20 minutes north of Winnipeg.

One of Winnipeg’s biggest steps into the Sci-Fi realm was welcoming Ubisoft into its downtown. Ubisoft is one of the largest video game production companies in the world and has produced multiple Sci-Fi hits like Watch Dogs, Far Cry, Hyper Scape, and many others.

Ubisoft Winnipeg is particularly interesting for what it specializes in. Although some video game production companies do everything (creation, design, production) at the same location, Ubisoft has segmented its offices to specialize in particular roles in the manufacturing process.

Manitobans have become so obsessed with science fiction that they will pay to put themselves through (fictional) heart-racing Sci-Fi scenarios. Companies like Activate Games and The Real Escape Canada offer thrilling laser, alien and outer space fun that make you forget what planet you're on.

These two locations offer a great time for groups and families, making you work together or against one another to accomplish your mission. Personally, I found the alien escape room at The Real Escape to be one of the most terrifying experiences of my life and I will never re-enter a spacecraft, but then again, I am no Neil Armstrong.

Of course, the Manitoba Museum's famed Planetarium is also always at the ready to sweep you and the whole family across the cosmos (without any of the 2001: A Space Odyssey-type terror of the above escape room). Right now you can catch three shows daily on Saturday and Sunday, which include Perfect Little Planet (11:30 a.m.), Mars: One Thousand One (1 p.m. & 4 p.m.), and Manitoba Skies (2:30 p.m).

Once the brand new Western Aviation Museum of Western Canada opens in 2022, you should also put it on your flight plan. On top of a stellar lineup of aircraft that showcase Canada's aviation history (both the successes and the what were they thinking?), it's home to Canada's very own attempt at a flying saucer, the Avro Canada VZ-9 Avrocar.

Not every Sci-Fi tie in Manitoba is so subtle; some Manitobans have even taken to living and eating in our UFOs. On 62 Macdonald Avenue in Winnipeg’s north end, you can find a condo building that requires its tenants to refer to themselves as “earthlings.” Okay, not actually, but the building itself is eerily reminiscent of an outer-worldly spacecraft,  being a sizeable pie-shaped building hoisted 12 meters in the air by concrete pillars.

Another of the city’s trippiest condo buildings looks like its pinnacle might blast off one day. Fort Garry Place is topped off with a circular space that has held several revolving restaurants (most recently Prairie 360) and is a pivotal piece in the Winnipeg skyline. This building makes some think back to Men in Black when alien space ships were hidden in architecture around the city – plus, have you been in the strange opulent mall on its ground floor? Talk about out of this world.

And of course, you cannot talk about extra-terrestrial architecture without mentioning the Esplanade Riel and the Canadian Museum for Human Rights building. These immaculate pieces of modern architecture are so ahead of their time, some wonder if aliens gave some direction toward their design like the pyramids of old. We’ll have to ask architects Étienne Gaboury (the bridge) and Antoine Predock (the CMHR) and get back to you.