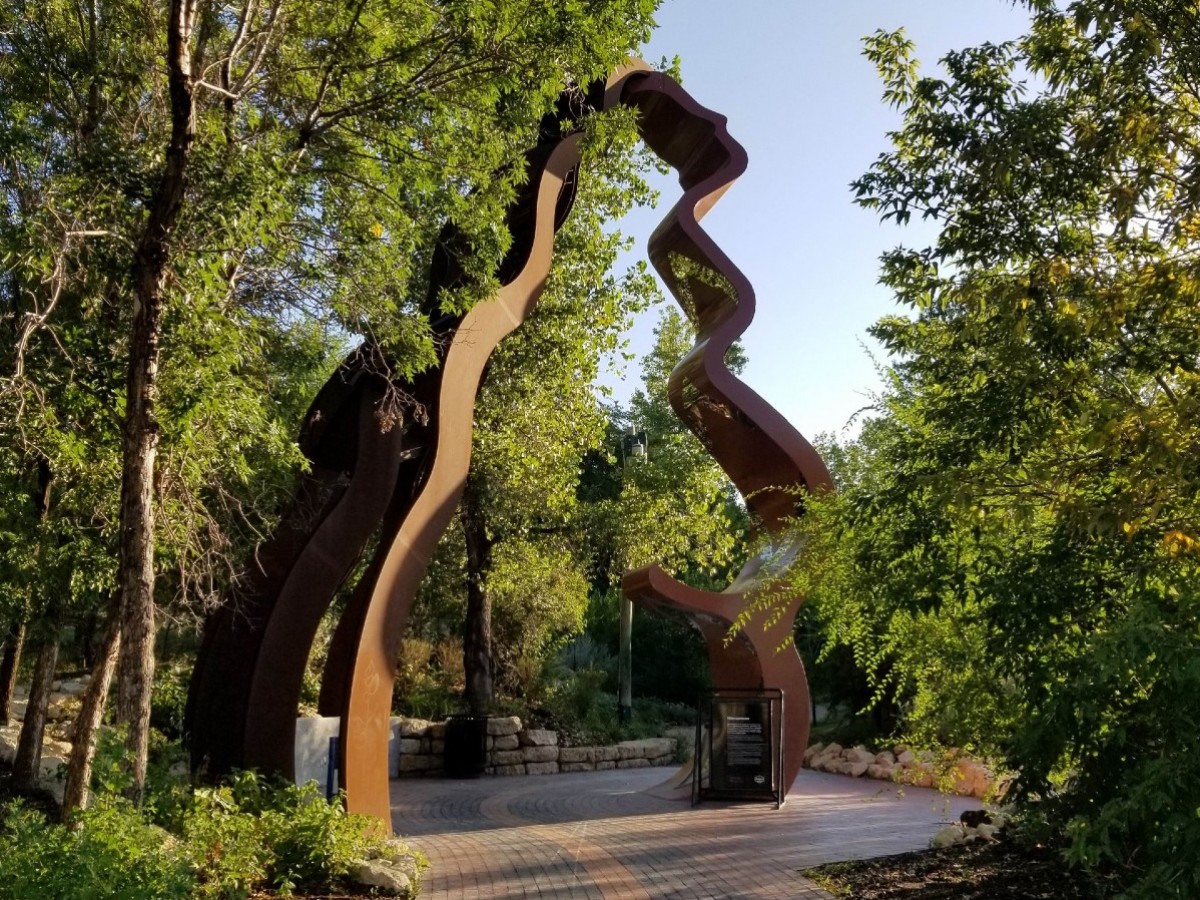 Niimaamaa ("my mother’) sculpture by KC Adams, Jaimie Isaac and Val Vint, located at The Forks (photo by Lynn Checkley)

​How to celebrate National Indigenous Peoples Day in Winnipeg

Winnipeg is located on Treaty No. 1, the original lands of Anishinaabe, Ininiwak, Anishininiwak, Dakota and Dene peoples, and on the homeland of the Métis Nation.

We always encourage visitors and citizens alike to take time to learn more about Indigenous histories, arts and cultures in our city. June 21 is National Indigenous Peoples Day and this year,  while many attractions and events are going virtual, there are a few ways you can celebrate these dynamic and diverse cultures:

Discover new virtual art tours and events at Qaumajuq at the Winnipeg Art Gallery. Join an experienced art educator as you visit The Visible Vault from the comfort of home. This tour offers an encounter with the largest collection of contemporary Inuit art in the world. View carvings from more than 32 Northern communities in the three-storey glass case encompassing decades of history.

While you cannot currently attend the Manitoba Museum in person, must-sees when it reopens include the We Are All Treaty People Gallery, where you’ll see Manitoba’s treaty medals on display. This includes Kevin Brownlee’s Dibaajimindww Geteyaag: Ogiiyose, Noojigiigoo’iwe gaye Dibinawaag Nibiing Onji (Stories of the Old Ones: Hunter and Fisher from Sheltered Water). Brownlee is the curator of archeology, and Naamiwan’s Drum: The Story of a Contested Repatriation of Anishinaabe Artefacts by Dr. Maureen Mathews, who is the curator of cultural anthropology.

While the newly re-done Prairies Gallery will show visitors the vast diversity of Manitoba’s prairie landscape, including an impressive Sioux Valley Dakota Nation tipi, 1100-year-old bison bones and a large original map of the region that you’ve likely never seen before.

For treaty history, visit the Lower Fort Garry National Historic site north of Winnipeg, where Treaty No. 1 was signed in 1871. The grounds themselves are currently not open due to COVID-19 restrictions, but the surrounding trails remain open.

Inside the city is  Upper Fort Garry Provincial Park. To pay homage to history, this beautiful park, which is located in the middle of the city on Main Street, contains a massive Heritage Wall depicting the history of the region through art, inscriptions and a sound and light show that plays regularly throughout the day and evening.

For more than 6,000 years, The Forks has been a meeting place for Indigenous peoples, while today it is the most-visited tourist destination in Manitoba. To celebrate its significance amongst Indigenous peoples, you’ll find numerous works of public art throughout. This includes Niimaamaa ("my mother") a huge sculpture by KC Adams, Jaimie Isaac and Val Vint, along with signage in Cree, Ojibway and Michif. This whole area The Forks has become, to quote Niigaan Sinclair, “One of the largest collections of Indigenous-led public expressions in any historical site in Canada.” Sinclair is the Indigenous Curator of The Forks National Historic Site. He's also an award-winning columnist and Associate Professor at the University of Manitoba. His father is The Honourable Justice Murray Sinclair, whose many notable accolades include being a commissioner of the Truth and Reconciliation Commission.

Niigaan is also the narrator of The Forks’ Self-Guided Audio Tour, an inspiring 60-minute tour to embark on that details Indigenous histories in the area with elders Barbara and Clarence Nepinak.

For tasty Indigenous cuisine take-out, order Feast Café Bistro, where chef and owner Christa Bruneau-Guenther has become an ambassador for Indigenous cooking in North America. These First Nation dishes include a modern twist, and the bannock pizza is especially worth trying! Also, be sure to check out Aboriginal Fusion, one of the city's newest food trucks. Chef/owner Tara Hall is a Red River College Culinary Arts grad from the Pinaymootang First Nation, and her red and white truck is often located at 1831 Selkirk Ave., along with locations all over town which are updated regularly on Facebook.