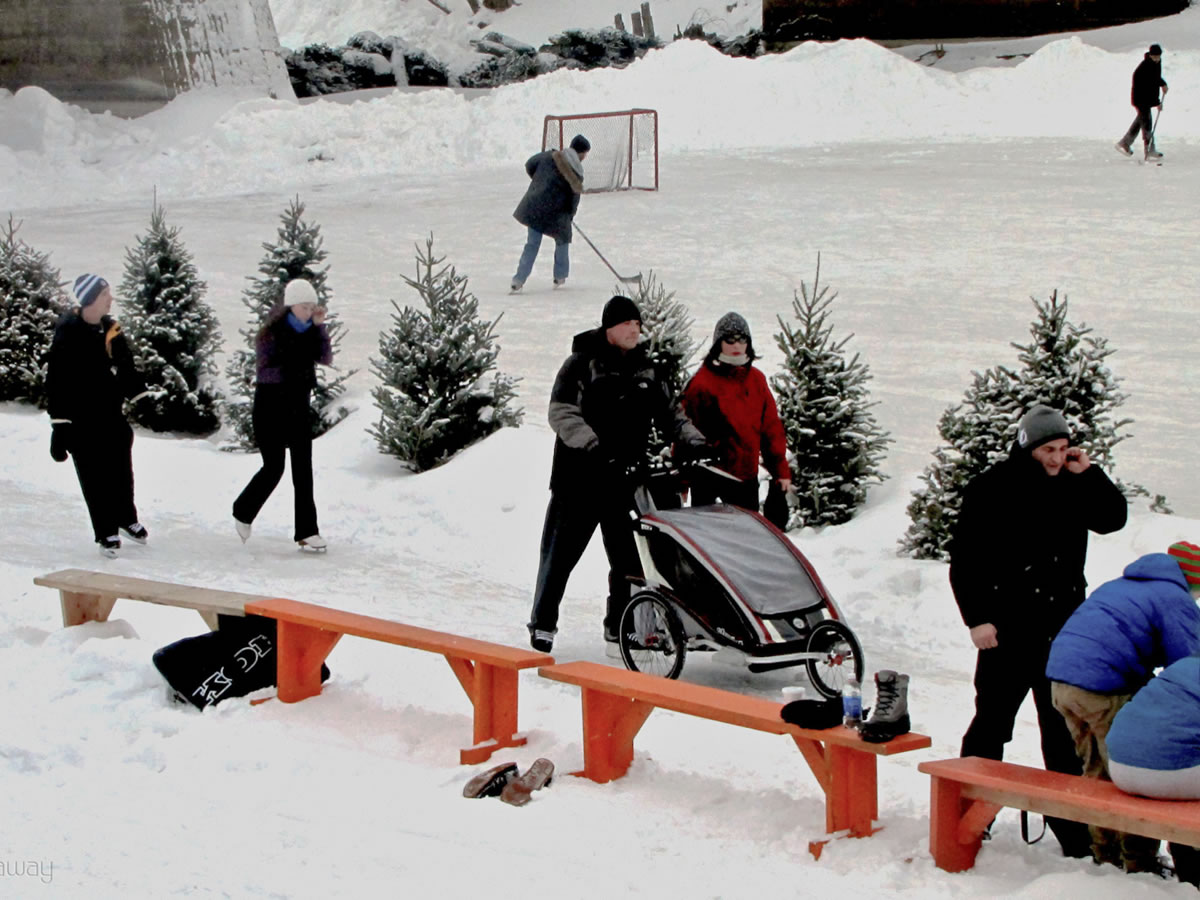 Getting healthy and having fun in Peg City

Getting healthy and having fun in Peg City

New Year's resolutions are always a little too ambitious.

And now that the clock has run down on January, Missus Peg is pretty sure some of you are already wavering on those resolutions, like my gal pals who said they are giving up wine on weekdays, and my sister-in-law who tried and failed on her most recent juice cleanse. (I was all like, go back to Vancouver you hippie. Just kidding, well sort of... ).

So in this spirit I'm putting together this post to show you how you can be healthy without having to go overboard with those too-lofty goals here in Peg City.

First off, why not take advantage of our bountiful outdoor activities? Get yourself some skates (or even easier, rent them for only $5 for adults and $3 for kids) and lace them up on one of the world's longest skating rinks, the Red River Mutual Trail at The Forks.

As us parents know, kids love this area with its hockey rinks for shinny. And The Forks in general is always doing cool events with their ice, like night skating under the canopy rink to the beats of live DJs, along with the upcoming Iron Man Curling Bonspiel (February 6-7), which raises money for The Heart and Stroke Foundation. Yes, you read that right, we even have a curling rink on the ice along with all our incredible architectural gems -- those famous winter warming huts which the New York Times loves. 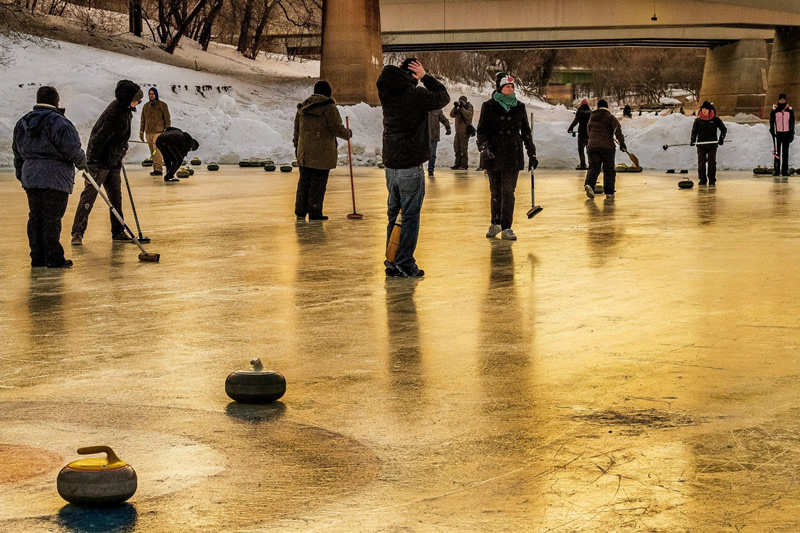 Curling on the Red River (photo by Peejay Terrado)

The Forks also has the Arctic Glacier Winter Park, which features a toboggan hill and a gnarly little snowboard park where your young shredders can practice their rail slides and table top hops.

If you are looking for some fun indoor excitement, why not give rock climbing a shot? Vertical Adventures has 5000 sq. ft. of addictive climbing obstacles that are guaranteed to sculpt your back muscles. Now don't tell Mister Peg, but since he started climbing there back in November his biceps and triceps have become quite impressive, so I can't say I mind having him go while I take care of Lil.

Besides, it has become a nice trade-off of sorts for when I go to hot yoga, of which Winnipeg is blessed with several great studios. Not only is it a great respite from winter's cold, but the meditative practices and flowing movements will both make you sweat (not to be gross, but I'm actually quite proud of the massive puddle on my mat after a Moksha flow) and help reduce your stress levels.

Yoga Public's studio downtown is one of the most beautiful studios in Canada, while also being the largest and offering the most comprehensive range of classes. If you are new to yoga they offer a Yoga Fundamentals class that will give you the building blocks to flow into more advanced practices like Ashtanga and Hot Flow. Its heated studio also utilizes far-infared heat, which is designed to heat your body -- not the air -- making the 38 degree heat seem less oppressive and humid. 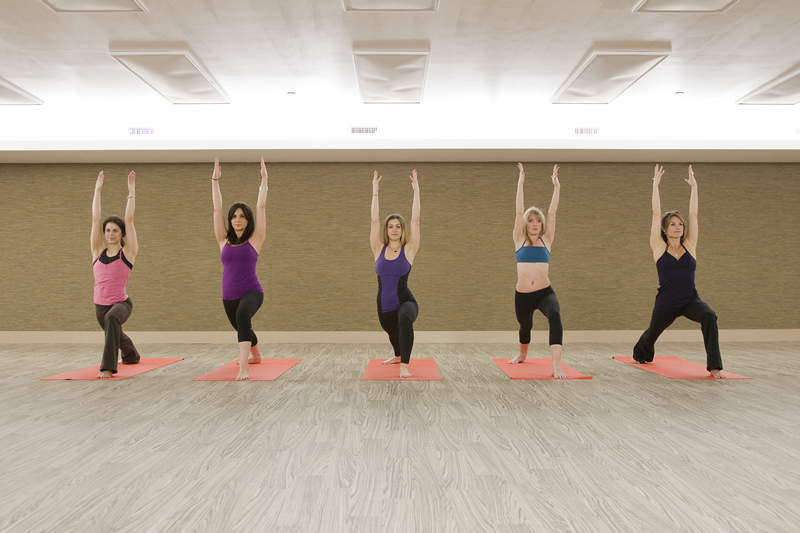 Good friends of Mister and I have been Moksha Yoga Winnipeg members for years now and they swear by the talented, passionate instructors at their studios on Donald St. and Waverley St. Moksha has a nice range of classes from Hot Hatha -- a mild stretch-oriented practice meant to stimulate deep muscle release (which they often hold in a candle-lit setting with live music); to non-heated Prana Yoga Flow -- where you get a great workout while learning impressive arm balances; to Barre, which me and my gal pals now swear by as its combination of yoga, pilates and ballet does wonders for toning our aging butt muscles. (Yeah, I said it, but you should see this butt now in my Lulu's after a couple weeks of Barre).

And here in Winnipeg we also have Outdoor Yoga Hikes, a practice that will get you in nature while giving you a fun workout -- while also providing you with a nice opportunity to get out and meet some new people.

So get out there, and have yourself a good time while toning that bod.

Plus, you can then justify those wine Wednesdays -- because we all need an extra little reward. Am I right ladies?

Note: the top photo of the Red River Mutual Trail is by Kelly Greenaway