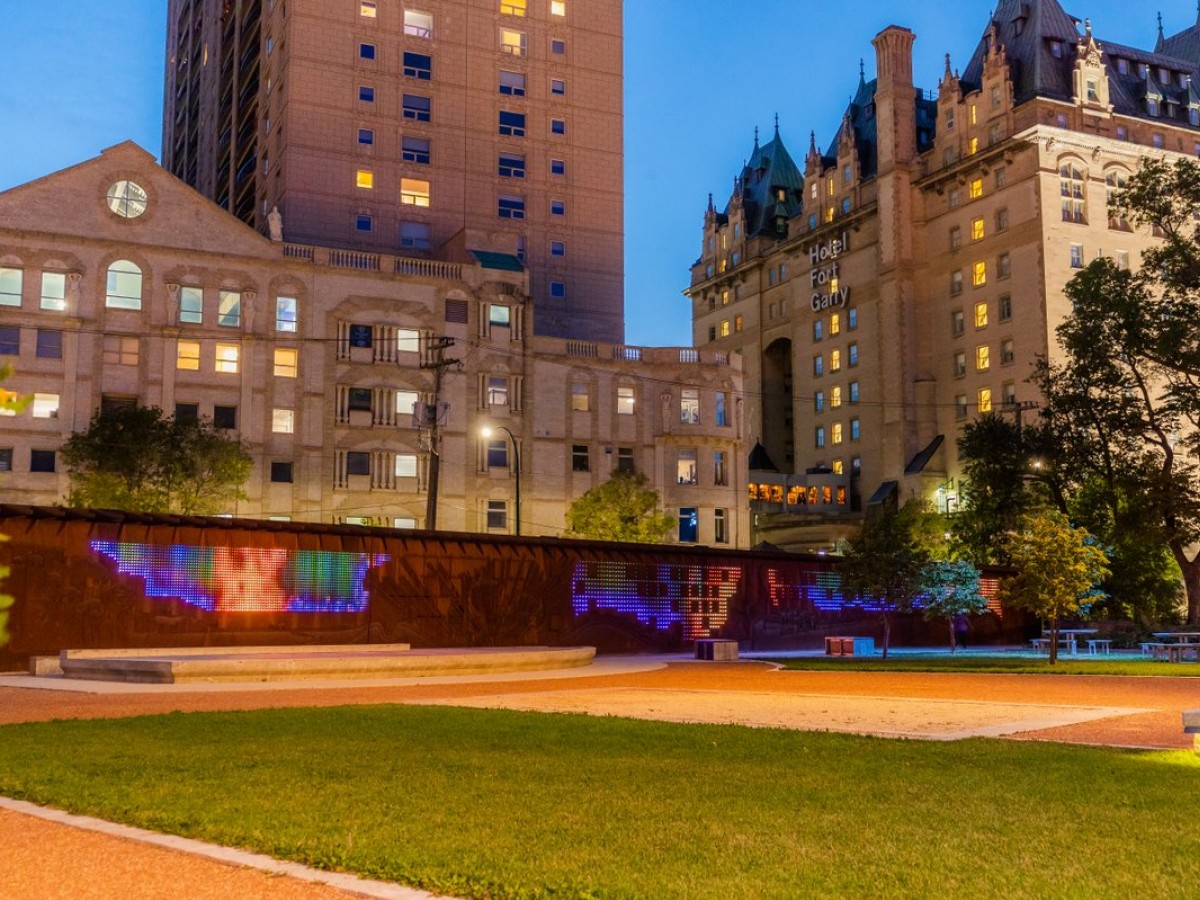 See the city in a new way with these audio tours

Third-wave coffee shops – of which  Winnipeg has many are much preferred to this third wave of the pandemic.

That said, much like a well-crafted Gibraltar or flat white holds its foam from Parlour, Forth, or Fools & Horses, we must continue to hold our nerve in the face of new numbers and restrictions while safely exploring the city.

So go get yourself a fancy coffee and load up one of these audio tours, they’re a great way to (re)discover your city, all while getting out and about safely.

Many of our best third-wave coffee shops are located in the Exchange, so that’s where we’re starting.

To best explore this area, which is a National Historic Site featuring some of the most handsome turn of the 20th-century architecture in North America (those converted warehouses with their brick facades! the terra cotta “skyscrapers!) you should look to The Exchange District Biz, which would normally hold in-person tours of the area.

That’s no bother now with these four thematic, ten-minute Audio Walking Tours that bring even more of these charming streets to life. Each episode covers an area no larger than 0.7 km, with episodes covering the likes of where the city’s elite hung during the lavish Edwardian era, art and architecture, the city’s infancy, and the world-famous Winnipeg General Strike.

If you are looking for more Exchange District glam, check out the Winnipeg in the Limelight tour, which covers such notable subjects as where Hollywood films Capote and The Assassination of Jesse James by the Coward Robert Ford were filmed, that time when Keanu played Hamlet at MTC, and the history behind our notable entertainment venues. The tour uses a GPS guided system, with audio automatically being cued up once you reach a new point of interest.

Just a block or two from the East Exchange is where you can embark on another journey that traverses the Red and Assiniboine Rivers.

The Forks: A self-guided audio tour provides an in-depth history of the area, all narrated by award-winning columnist and University of Manitoba Professor of Native Studies Niigaan Sinclair (whose latest article on how The Forks has “become one of the largest collections of Indigenous-led public expressions in any historical site in Canada” is a must-read). The audio tour covers the Indigenous history of the area, public art, artifacts from the area, and so much more with notable appearances during the 50-min tour by architect Étienne J. Gaboury, Royal Canoe’s Matt Schellenberg, and Elders Barbara and Clarence Nepinak.

Just across the Esplanade Riel pedestrian bridge (designed by the aforementioned Gaboury), you can continue your audio tour experience with this  Saint-Boniface Historical Tour by the Centre Du Patrimoine. It covers 4.29km of ground and 19 points of interest via an app that utilizes a map that has pop-up info and images.

Back downtown, just up from The Forks is Upper Fort Garry Heritage Park, which is a great place to spend an hour of discovery. When you enter the Fort’s original stone gate you’ll instantly be wowed by the mammoth $3-million Manitoba Liquor & Lotteries Heritage Wall, which at 400 ft. of length just may be the largest piece of public art in Canada. There are 7,00 LED bulbs on this wall that create lively light shows, while this app for the park uses GPS-based technology that activates to reveal info, stories and historic photos on exactly where you are standing.

From there, you can keep on heading down Broadway while using the Winnipeg Trolley Company’s Wicked to Riches Broadway Tour. Featuring 90 mins of audio and 15 stops, you’ll learn more about the mysterious Legislative Building and its grounds, along with how Harlequin Romance Novels first started in the city.

For more audio tours on nearly every area of the city, including one specifically on the Legislative Grounds, check out Trivia Tours’ Discover Manitoba GPS-guided audio walking tours site. This company (which created the aforementioned Winnipeg in the Limelight Tour) has seven other tours of the city, covering areas like Assiniboine Park and Osborne Village, and themes like Haunted Winnipeg.