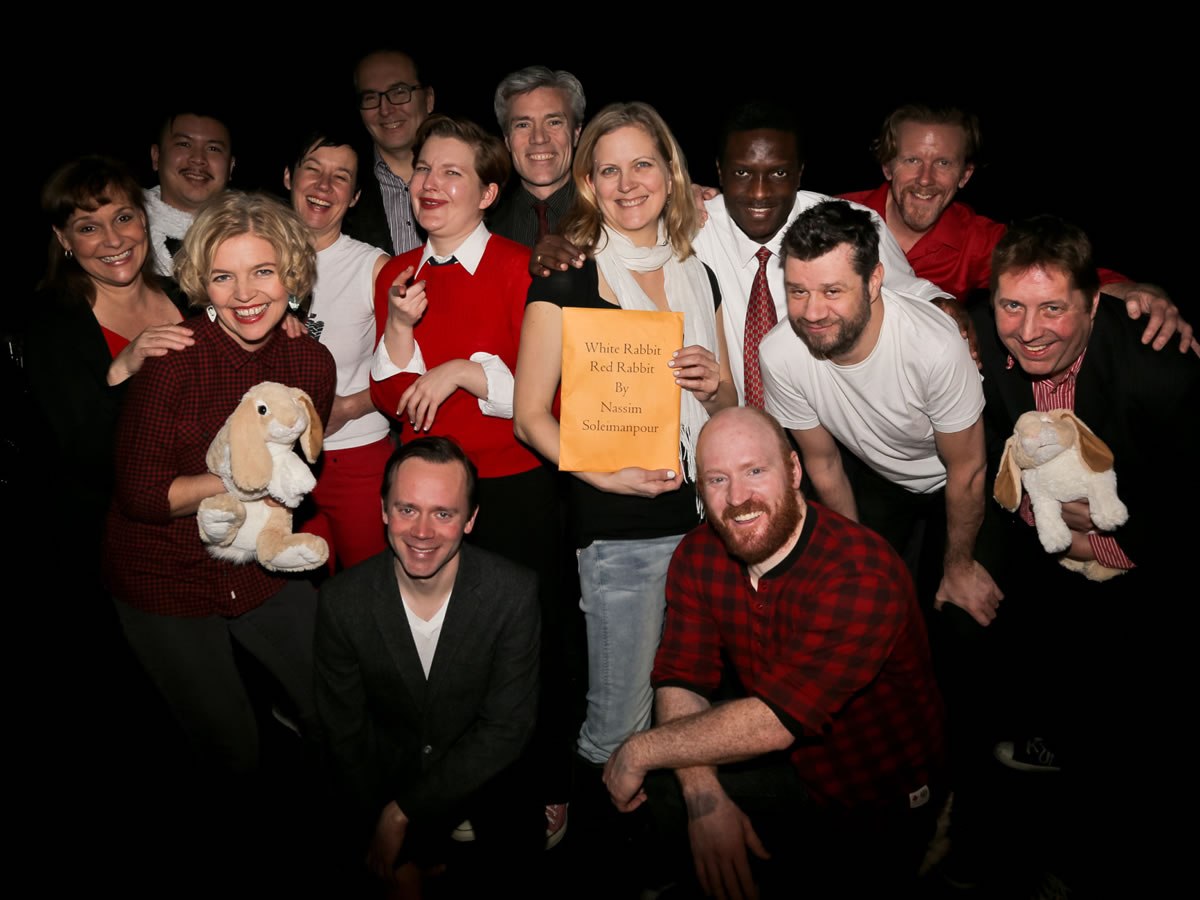 There are two things I know for certain about White Rabbit Red Rabbit, which is currently being performed at Theatre Projects Manitoba.

One is that the sold-out crowd consisted of 123 people (the Rachel Browne Theatre -- located in the heart of the Exchange District -- is a nice, intimate venue). I know this as we had to count out our number during the performance.

The second is that this was a theatre experience unlike anything else I (or any one of the 122 other audience members for that matter) had witnessed, and that this play/performance/reading/theatrical experiment or whatever you may call it, will stay with me for some time.

You see, White Rabbit Red Rabbit involves an actor getting to perform this piece just once, without direction and without having have read the script beforehand. The whole performance unfolds before the viewer -- and indeed the actor -- in a manner that is gripping, unnerving and often, as was the case last night, quite hilariously.

Last night the charismatic veteran Winnipeg performer Gordon Tanner was that actor. He walked out to the stage, which is simply adorned with a chair, a table, two glasses of water and a ladder, and was handed an envelop containing the script from TPM's artistic director Ardith Boxall. From there it was up to Tanner to read and perform the work by the young Iranian playwright Nassim Soleimanpour.

Soleimanpour, wrote the play from Iran in 2010 when he was 29, at a time when he was not allowed to travel. And although he wrote it in a different time, in a much different place, he is there -- or should that be here? (Not to get all Matthew McConaughey "time is a flat circle" from True Detective on you here).

Soleimanpour, sort of becomes Tanner (or is that the other way around?), as the actor delivers the lines, direction and what have you from this script -- which we as the audience cannot even be truly sure if it is a script at all. In fact, there really is nothing stopping the actor from deviating from the lines or making the whole thing up himself, for how would we know? But surely the script does exist, as throughout the hour-long performance Soleimanpour's voice certainly comes through. Which, afterward as us audience members discussed the play at the post-performance reception, seemed to be the general consensus.

In fact, this playwright shares his email address numerous times so we as audience members can send him just what we thought of the work.

And certainly this play is a thing that is meant to be discussed, as everyone after whom I talked to was either abuzz with wanting to dissect just what they saw, or was still mulling over it as if were to ferment into something revelatory about the triangular relationship between writer, actor, and audience.

Now I won't give anything away as to plot, or structure, or any other conventions within White Rabbit Red Rabbit, because you should go in blind -- just like the performer does.

And regardless, I can guarantee your experience will differ greatly from our's last night because every performance, until its conclusion on January 18, will be done by a different actor (which include some of Winnipeg's finest, most creative performers), including two performances which will be done in French.

I am terribly intrigued to go again just to see how each reading changes, as all the actors billed differ greatly in age, gender and ethnicity.

It's unique to say the very least.

From his desk in Tehran, playwright Soleimanpour has sent out a seed that will flower, bloom and die as a different incarnation every night.

So buy your ticket today. Then maybe buy another for another night to see how it changes.

But do it now, because those 123 seats will fill up fast.

White Rabbit Red Rabbit will be performed until Sunday, January 18, at the Rachel Browne Theatre.

See here for tickets and showtimes.