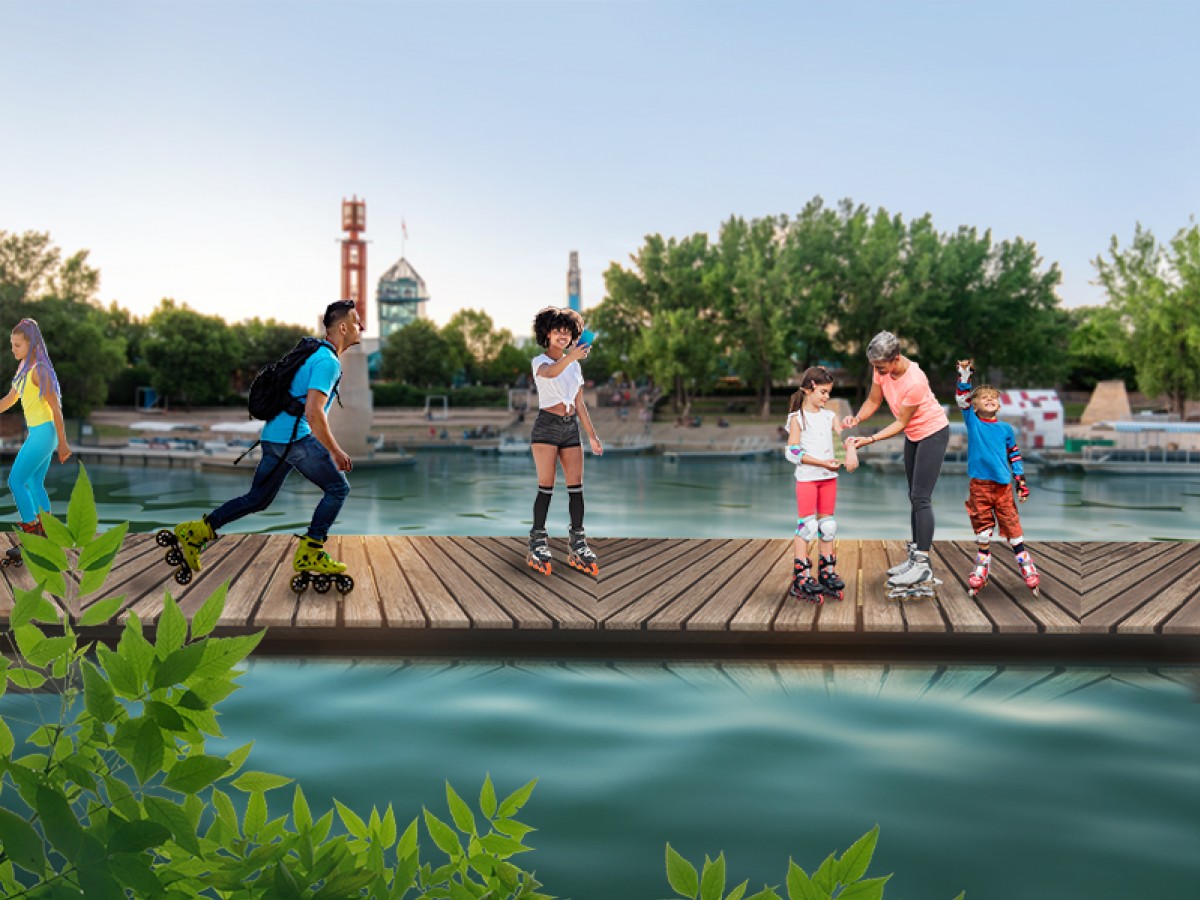 Rolling down the River… on roller blades

After a much-needed season on the Centennial River Trail, The Forks is revamping for summer with the world’s longest floating rollerblade trail

Break out those roller blades because this spring Winnipeg will unveil the world’s longest floating inline-skating trail on the Assiniboine River.

“Rollerblades have been making a steady comeback over the years, and we want Winnipeg to take the lead in bringing back its popularity—particularly given it, like skating, is a great sport for social distancing,” said EDW president Dayna Spiring.   “We feel the combination of roller skates and our beautiful Assiniboine River will provide the perfect setting to see us through what is hopefully the last summer with COVID,” Spiring continued.

Composed of eastern white cedar laid atop of multinautic dock floats, this massive dock system/RollerWay™will be anchored to the muddy river bottom every 20 feet, ensuring a mostly stable base for all your rollerblading escapades.

EDW is hoping this new trail will be speedily embraced by this rollerblade-hungry public.

“Given how most active Winnipeggers felt defeated by the early closure of the Centennial River Trail, we feel like this quick turnaround to rollerblades is just what’s in order for the city’s morale,” said Spiring. “We will also have measures in place to ensure safety is paramount.”

To accommodate what will surely be a massive influx of inline skaters, The Forks Market will offer rollerblade and rollerskate rentals featuring new sanitary click-then-glide technology (sort of like a ski boot; there will not be blades available for rent with laces).

Lifejackets will be encouraged on the RollerWay™, while other forms of human-powered transport—fat bikes, beach cruisers, mountain bikes, unicycles, and all bikes in general—will be strictly prohibited.

The entire project consists of 2,657, 10 ft. long multinautic dock floats, which combined will constitute the full 8.1 km needed to ensure a new Guinness World Record for the city.

The RollerWay™ is scheduled to be ready for May long weekend, with NHL Jet Blake Wheeler (of course*) slated to be part of the ribbon-cutting ceremony.

As part of this, The Forks has expanded their annual Warming Hut competition to invite local architecture and design firms to submit ideas for cooling floating huts to be strategically staged along the Assiniboine.

You can submit your floating hut design idea to  RollerWay™floatinghutsubmissions@inlineskating.com

*We say of course because his last name is Wheeler and he is a noted inline skating enthusiast.

For Earth Day (and every day) in Winnipeg: a green guide

Winnipeg merch made for repping your home town