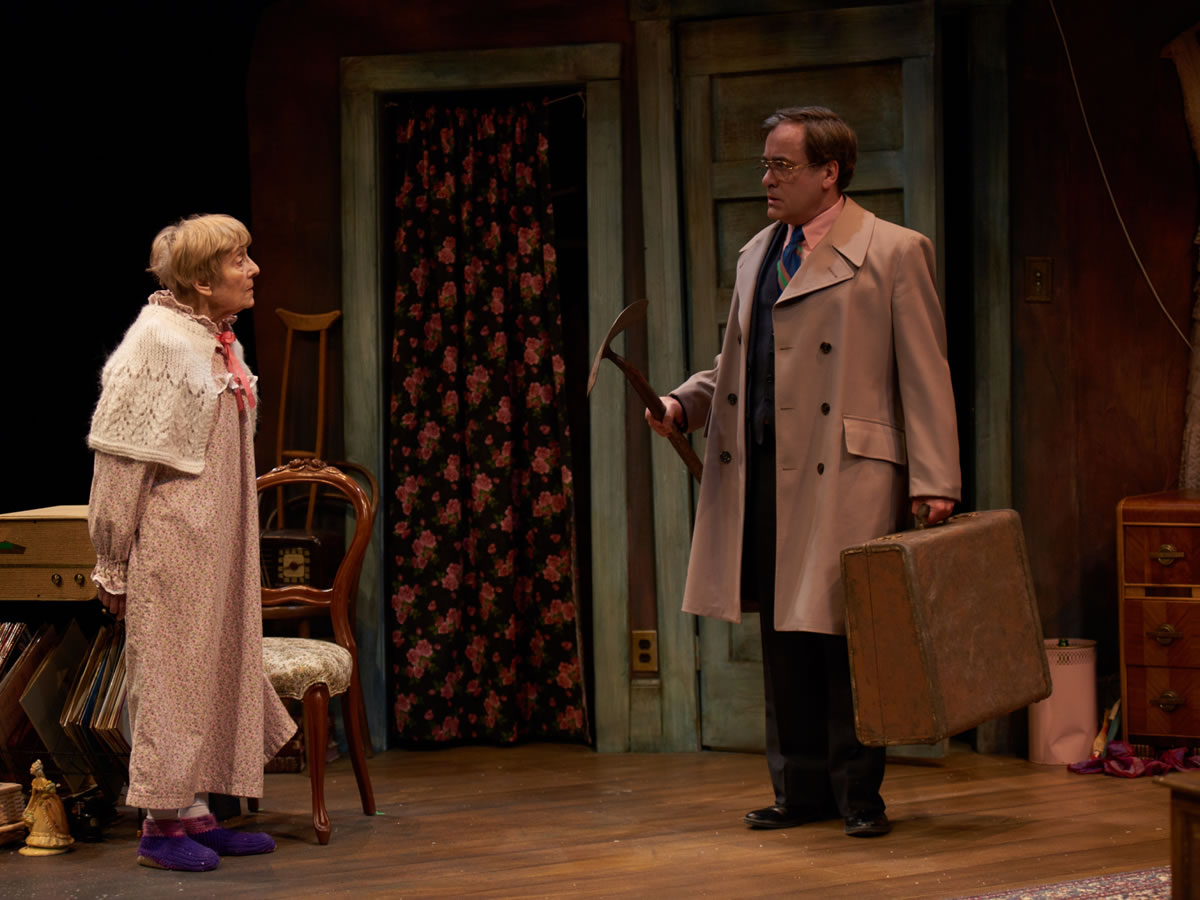 Now I love a dark comedy, but I will tell you this, Vigil, which opened at Winnipeg's Prairie Theatre Exchange (PTE) last night, is about as dark as it gets.

Not to say there is anything wrong with that, because this two-person show had the majority of the audience in stitches - us Pegs included.

Missus and I had a great time, but I don't think we will be bringing Grandma and Grandpa Peg. But that being said, there were many seniors in the crowd last night who were having a jolly old time.

You see, Vigil is about middle-aged Kemp (played with manic fury by Michael Spencer-Davis) who has come to his Aunt Grace's side at her behest, after she had sent him a letter detailing how she is to die soon. And let's just say that Kemp is not a supportive figure. 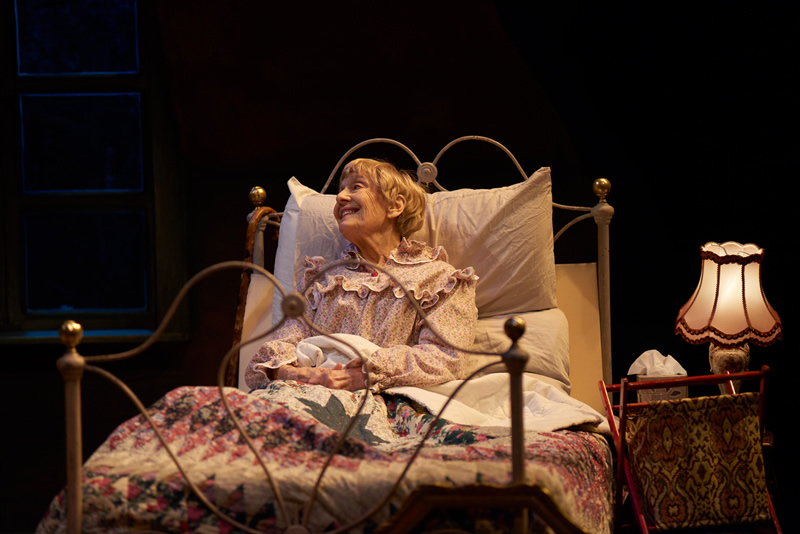 Grace is played by the legendary Winnipeg actress Doreen Brownstone, who at 92-years-old you could tell the majority of the audience was there to see, especially with the ovation she received in the end. While she is mainly silent throughout the show, her body language spoke volumes, and it was hard to take your eyes off her as she observes a performance from Spencer-Davis which takes comedic-cruelty to a whole new level.

The gist of the play involves Kemp constantly barraging his aunt as to why she won't die yet. Some of the lines in Morris Panych's play had me gasping between the laughter -- they are about as harsh as it gets, from asking what to do with her dentures when she dies, to comparing her body to a melted, extinguished candle. This guy is one sick puppy who projects a lifetime's worth of baggage on Aunt Grace as she looks on with a mix of amusement and mild terror.

Some of the stories he shares of his past under his parents are awfully funny and even draw some sympathy, particularly one anecdote about how growing up under a failed magician of a father has prepared him for an excremental existence. The fact we can feel some sympathy toward Kemp says a lot, as this is a guy who enters one scene with a shovel in hand and another with a measuring stick -- to ensure the coffin he plans to buy can hold her small figure. 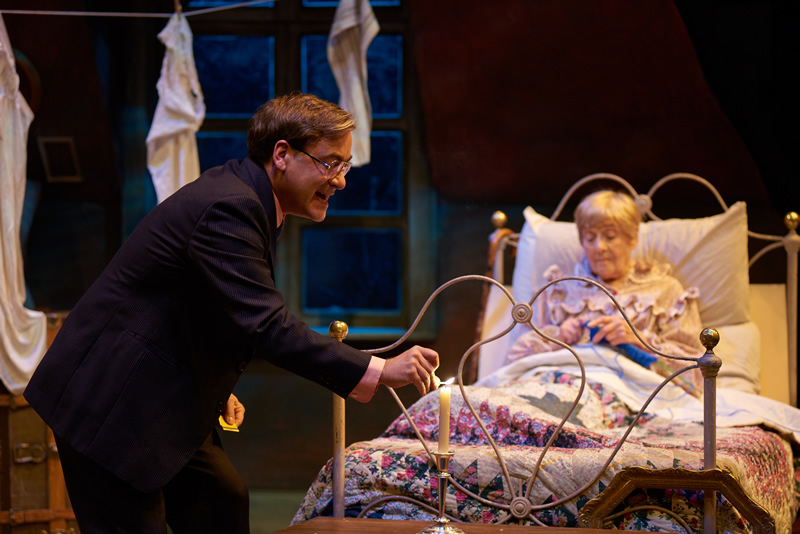 Of course, it's not all death jokes, and there are some touching moments later on.

The central theme is the universal human condition of loneliness, which Vigil expresses quite well.

All in all, Missus and I agree it is well worth watching, plus a night at PTE is always a good time -- you can tell by looking at the crowd sipping their wine when you enter this great venue on the third floor of Portage Place that this is where all the hip, artsy types congregate for their live theatre.

Just make sure you are ready for a darkly good time. Great-grandpa Peg recently fell off the clothesline, so some of the death jokes hit a bit close to home. But as they say, the best cure will always be to share some laughter together.

And Vigil certainly brings the laughs in spades. And yes, with all grave-digging jokes in the play that pun was certainly intentional.