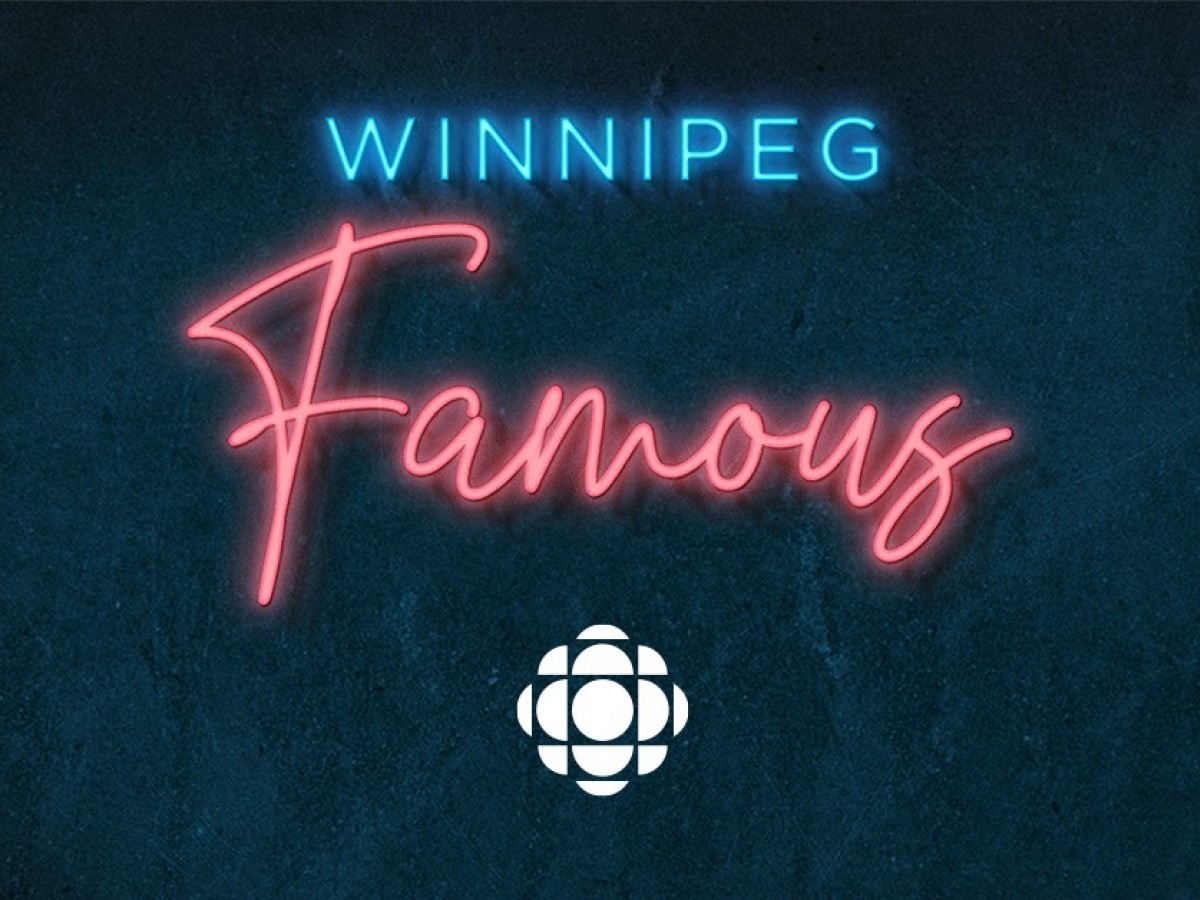 You know what are great for when you shouldn’t be leaving the house to do anything non-essential?

And you know what is better than any regular old podcast? A podcast that is essentially a love letter to this city, one that delves deep and showcases the werid, wacky and fascinating side of the characters who make this place so compelling.

This podcast is called Winnipeg Famous, and it’s by veteran CBC Manitoba producer Bridget Forbes, whom has stepped out from behind the scenes to host her first show (which she also produces) for the network.

We caught up (via phone) with Forbes to ask why Winnipeg Famous is essential Winnipeg listening, along with what she learned while making it along the way.

How would you describe Winnipeg Famous in three sentences?

It is my love letter to the city. It is a celebration of the people who make this city what it is. And it is the personal story – that is actually universal – behind the face you think you know.

What made you want to do this show in the first place?

I did it as a series [first] on Information Radio in 2017. And to be honest, I have always wondered, "What’s the deal with Rod Peeler?" Every time I saw his billboard I really did think, "Does that guy know he looks like Rod Stewart. Is his name really Rod? And what’s the deal with that guy?"

And the Jeanne’s Cake thing… there are a lot of ‘Winnipeg-famous’ dessert places… but there’s no dessert that inspires the kind of hot debate that’s normally reserved for politics like Jeanie’s cake. And I was just like: What’s the deal with that? Who was this family?

And I just was incredibly curious about these things that make Winnipeg weird – and wonderful.

It was all about my curiosity of these weird and whacky pieces of Winnipeg. And I kinda wanted to celebrate our city because our city gets a bad rap – a lot… So I wanted to share a little bit of culture that only Winnipeggers would know.

Who is the first person you knew you wanted to feature?

The first person I did a piece on was Jeanne’s Cakes… And part of that was like, "Who the hell is Jeanne? Who is this Jeanne?" And it turns that wasn’t even her name, they just mispronounced it forever. [The family was Belgian, so it should have been pronounced like Janne].

The list happened at the same time. I literally sat down and wrote a list. Rod Peeler was on it. And Cheryl Lashek was on it. Desiree Scott – I would still love to talk to her.

If season two gets approved, who needs to have an episode?

Well, I would love for people to tell me who needs an episode. I have a list that is a mile long, and what was fun was that when the podcast came out people began pitching themselves.

There’s a guy who always drives a unicycle downtown and he was like, "What about me?"

I would love to have an episode with a Desiree Scott…maybe a Michael Champagne.

What, if anything, did this show teach you about Winnipeg?

I really have always thought there’s no way there’s six degrees separation in Winnipeg, I think it’s three – and it confirmed that. And I think we are all connected and I think that’s a good thing. I think if we realized how connected we were we might be nicer to each other. That’s part of what I wanted to say with this show.

When I went and did the John Scoles episode on Times Change(d), I just saw how that building was saved by a weird family connection. And John Scoles who had complete faith that things would work out…..It’s crazy to think that after all the years of fighting and struggling, Times Change(d) and John Scoles were supposed to be saved, but then the pandemic hit and that’s kind of heartbreaking.

I tried to get a hold of Cheryl Lashek and I did that through three degrees of separation. I put it out there on social media when I was trying to connect with her and, it was like, "Who do I know, who knows someone, who knows Cheryl Lashek?’ And it turns out my second cousin’s wife knows her because they are both engineers. So, it’s really how connected we all are in Winnipeg.

Tell us a bit about yourself

I’m a born and bred Winnipegger, who left the city at 18 and lived away for 10 years. I went to university in Ottawa and then lived in Japan and taught English.

I didn’t think I would end up in Winnipeg. I came back just to see my parents and my friends and was hanging at my parent’s house and I got a job in the film industry. They kept giving me more and more interesting contracts and I just stayed.

My brother always said [when I was away] that Winnipeg is awesome, there’s more to do than you have time for and he’s right and I really discovered that. The life you can build in Winnipeg is an amazing one. You know, you can afford a house here and I like the three degrees of separation. I like feeling connected to my community and that we are a community.

This interview has been edited for length. Every episode of the CBC podcast Winnipeg Famous can be heard here.