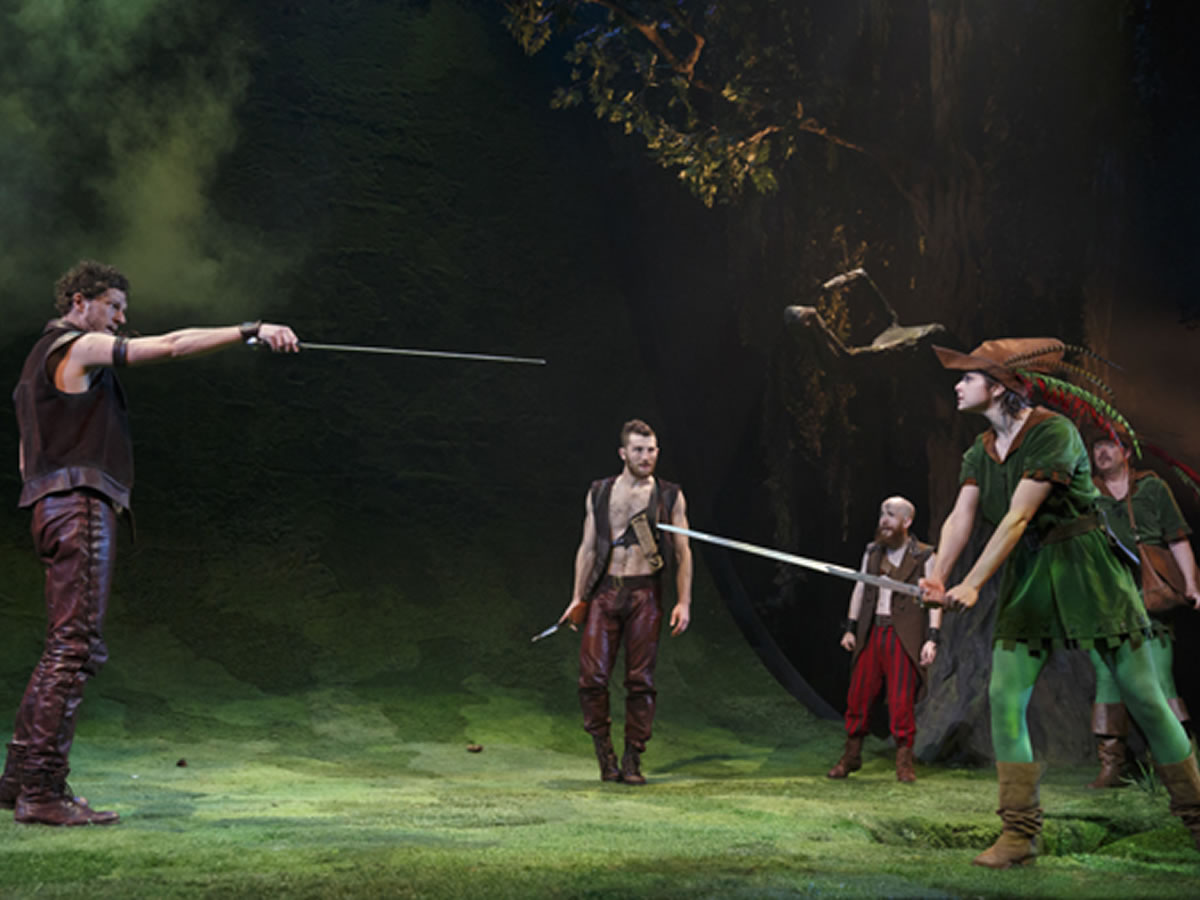 Mister and I went to the Royal Manitoba Theatre Centre last night to see The Heart of Robin Hood. I tell you this, my heart is still pounding because of it.

Having seen some of the pictures from the production, I had expected to be blown away by the sets. The stage is framed with rather large trees which reach above to where your eye can't see -- from whence, throughout the production, the characters often descend on ropes from -- along with a massive, lush green slide which is utilized throughout the production by the athletic actors who slide down and scamper up it with seemingly little regard for their own well being.

It was exuberant stuff, how all these Merry Men -- and especially the women, including Marion (played with panache by English actress Lizzie Steele) -- would run up and across this steep green setting like they were in The Matrix (which gets a most hilarious nod to in some of the fight scenes). 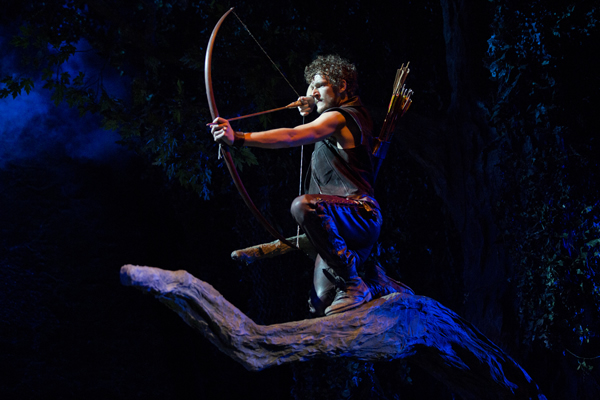 Gabriel Ebert in The Heart of Robin Hood. (Joan Marcus)

Oh, and speaking of Merry Men, don't tell Mister but while Robin (played by the tall, dashing Gabriel Ebert) was quite hunky, this audience member had trouble keeping her eyes off Will Scathlock (played by Zachary Eisenstat), whose shirtless exploits (he tumbles, climbs trees, and has some timely lines) was almost too much to take.

But I digress. Because while I had anticipated some of the swordplay and action in this lush setting, I did not expect it to be so damn funny. By the end of it all I looked over to Mister and he literally had tears in his eyes because he was laughing so hard. This is Python-esque theatre of the highest regard; I'm sure playwright David Farr would even have John Cleese, Eric Idle, Michael Palin and the rest of the Monty crew in a bout of envy.

And the comedic timing of the actors -- every line was delivered with more sauce than the most gluttonous eggs Benedict. Of particular note was the character of Pierre (played by Christian Lloyd), Marion's dandy of an attendant whose delivery was just plain hilarious, as well as Marion's sister Lady LeBraun, whose selfish pandering was timely and delicious, and the evil Prince John (played by Euan Morton) who, despite doing many a wicked thing (including one hanging scene which I'm glad 'Lil wasn't in attendance for) still had the crowd in hysterics. 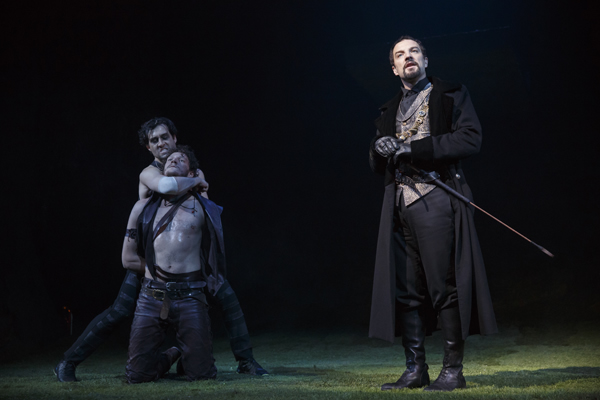 As I've alluded to, us Pegs weren't the only ones so entertained by all this spectacle -- indeed the standing ovation it received last night was the most enthusiastic I have seen in quite some time. (And yes, I do know that a Winnipeg audience tends to be quite liberal with their "standing o's," but this one was especially deserved).

The live band (they go by Parsonsfield in real life) was also a great addition. They play their stomping brand of bluegrass throughout the show, and even get in on the action themselves on stage with a couple clever bits (especially one particular scene with Pierre which was absurdly funny).

And how refreshing to have such strong female lead character, one who fights, is rough and tumble and who got so much of the hilarious dialogue. Indeed, as playwright Farr makes clear in his program notes, this was a play to appease his daughter who would constantly complain to him that, "Women in films and plays rarely do anything but kiss the hero, swoon, cook pastries and sew." 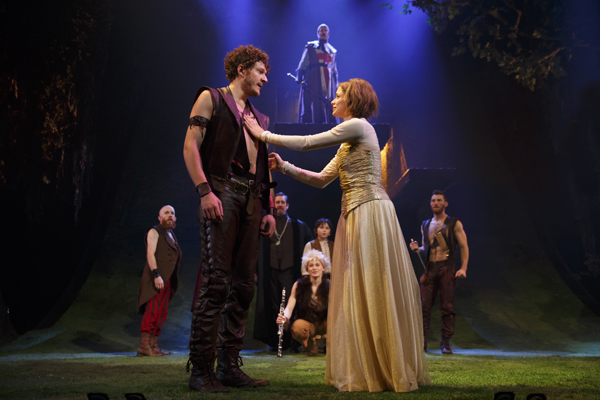 The cast of The Heart of Robin Hood. (Joan Marcus)

Well, Izzie Steele as Marion does nothing of the above (aside from the occasional swoon, which is done, once again, with deft comedic prowess). She is an ass-kicker -- a strong woman who runs up and across that green slide just like the males.

You know what, maybe I will go back and take Lil to this (Mister already said he'll go again) as she could use a role model like Marion.

The Heart of Robin Hood plays MTC until December 6th. Get your tickets today as last night was a packed show and with the rave reviews and word-of-mouth recommendations it is getting, I can't see that momentum slowing one bit.

Even as we were leaving the theatre the people around us weren't just talking about the performance, they were gushing about it.