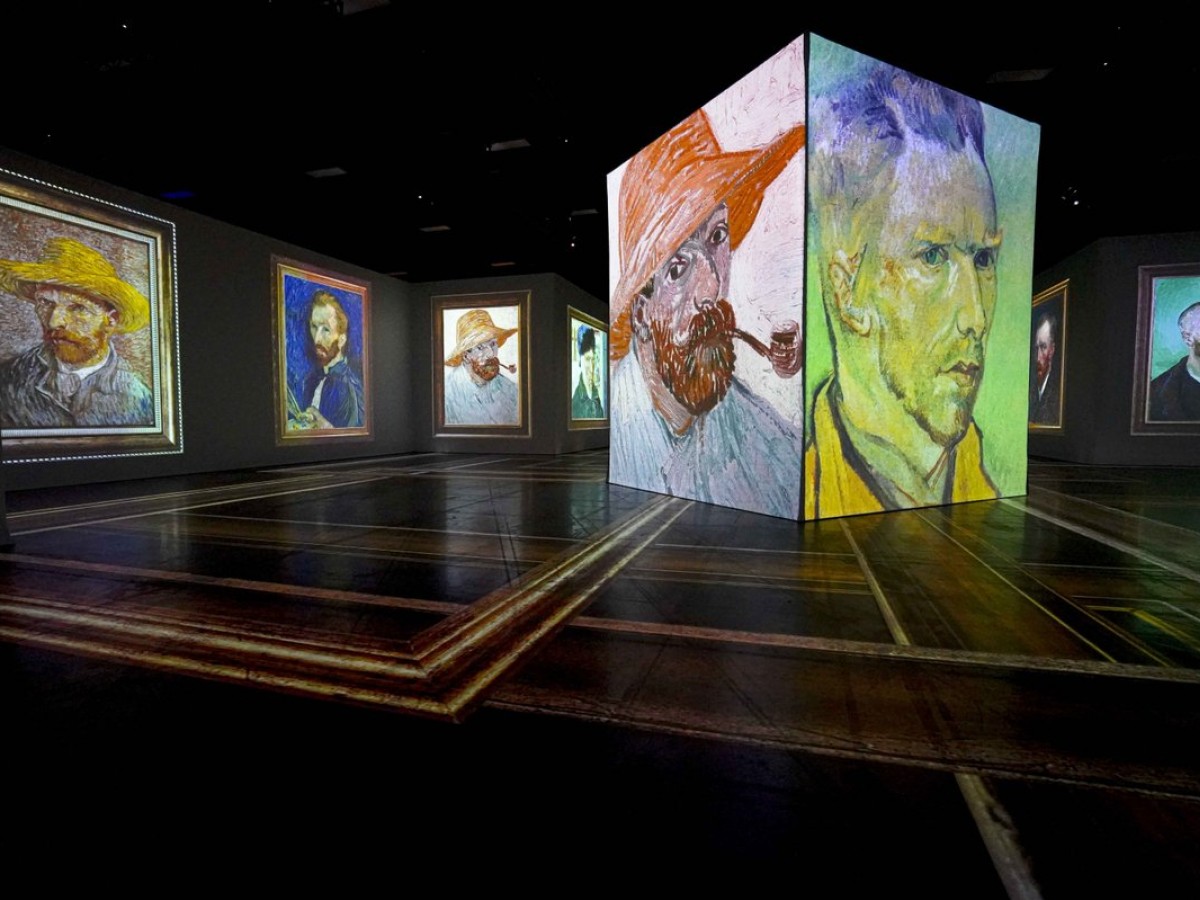 The many self-portraits of Van Gogh (photo by Maddy Reico)

Mesmerizing is an apt word to describe Imagine Van Gogh: The Immersive Exhibit at the RBC Convention Centre Winnipeg.

While we don’t want to give too much away – as this is something you really need to see with your own eyes (and as we’ve already noted on our own personal Instagram stories, the combination of visuals and sound alone are an easy sell – we’ve received a lot of “wows” and heart cat eye emojis), here’s a few things you should note before you go:

The exhibition works in several ways.

Firstly, it begins with a great introduction to the life of Vincent Van Gogh (including his infatuation with Japanese prints), which art history fans, and anyone who has been to his museum in Amsterdam or seen his works in the MoMA will attest.

Second, once you enter the towering exhibit itself, the feast for the senses is staggering.

Some of his most famous works (over 200 are shown throughout an hour loop), along with photos from his life and days in the south of France (where many of his masterworks were created) surround you and are brought to life with dazzling effect.

These images correspond to a soundtrack that moves from tranquility – hello Erik Satie’s “Gymnopédie No.1”— to intensity, via Sergei Prokofiev’s badass “Romeo and Juliet, No 13 Dance of the Knights.”

Given the size and scope of the exhibit, along with plenty of sanitation stations leading to and found within the start of the experience, there’s no need to worry about crowd sizes.

The exhibition space is 25,000 square feet in Hall D, which is located at the top of the Convention Centre and has really high ceilings. On top of that, the tickets are all time-allotted, while capacity is kept at a minimum, meaning you have this huge space seemingly to yourself making social distancing a cinch.

Plus, mask-wearing is mandatory too, ensuring the safety of viewers and event staff.

In sum, and to keep it short, this is one hour that will surely leave an impression.