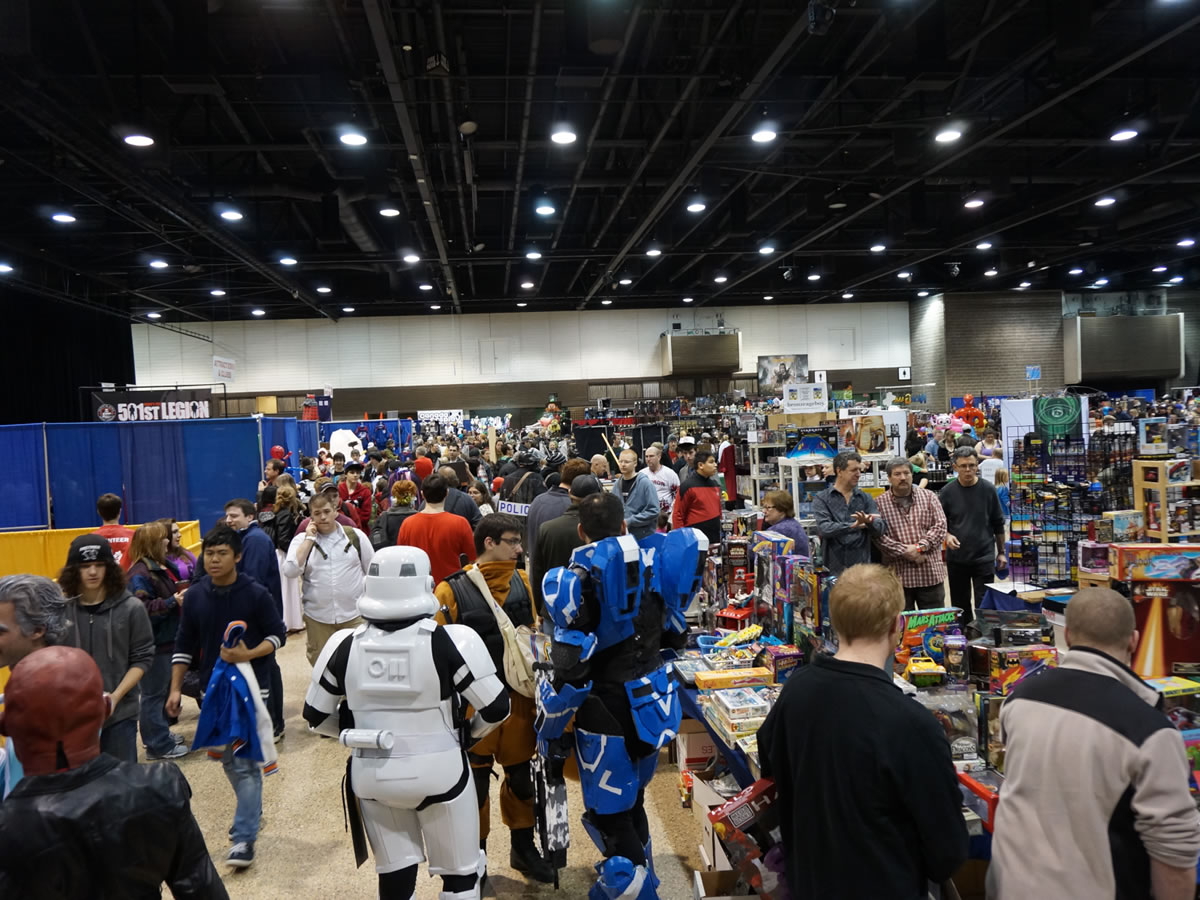 Winnipeg's Central Canada Comic Con is an extravaganza for everyone

Winnipeg's Central Canada Comic Con is an extravaganza for everyone

Great Odin's raven I am excited for this year's Central Canada Comic Con (or C4, as the kids in the know are calling it).

Full disclosure: I'm a closet comic book fan (and by closet, I mean Missus now makes me keep all my old issues in the closet). I've been collecting a steady amount of Thor and various other Marvel comics since I was a kid. I was especially enamoured with a couple issues where Thor fought and often took it to the Silver Surfer -- my brother's favourite Marvel character. Not to say Silver Surfer isn't pretty cool in his own right, but I've always enjoyed comic book characters who have a healthy dose of hubris.

Anyway, I could talk about the Marvel universe all day. And while internet forums can be a satisfying outlet for some of that, there is nothing better than attending a Comic Con! And guess what Winnipeg, we have one of the best one's in Canada, and it all starts this Friday!

Starting at 2 p.m. on Friday, October 31st, and running until Sunday, November 2nd, Winnipeg's RBC Convention Centre (375 York Ave.) will be transformed into one of the wackiest, most entertaining examples of fandom you've ever seen. And it's not just for comic and sci-fi fans like me.

I'll be bringing Lil' because that girl is obsessed with J.R.R. Tolkien and all the new film adaptations that Peter Jackson has done with his works. (Yeah, I'll admit it might have to do with the fact that in our house bedtime reading mainly involved Middle Earth, but a father knows best doesn't he?)

When I took her to The Hobbit last year she couldn't stop talking about how awesome all those bearded dwarfs were. Needles to say when I take her to the Central Canada Comic Con this weekend she is going to freak out because the actors who play the dwarfs will be there! I suppose if a certain someone is on her best hobbit behaviour a reward of some photo ops and autographs will be on the agenda.

As if this isn't exciting enough for Lil', when we go on Friday she'll also get to do some pre-game trick-or-treating from 5-7 p.m. During this time artists, clubs, and exhibitors across over 200 booths will be giving out candy as part of their Family Day activities, which run throughout the weekend. This is taking Halloween to a whole new level.

Joining us in attendance this weekend will be my two childhood chums Ralph and Evan, who, aside from being comic book fans like me, are also big into wrestling and anything having to do with sci-fi television. Ralph is so stoked to finally meet two of his favourite wrestlers, Tito Santana and Jake "The Snake" Roberts, who will both be in attendance, while Evan is in full-on fanboy mode now that he has learned the cast of Lost Girl, his favourite sci-fi show, will be there. 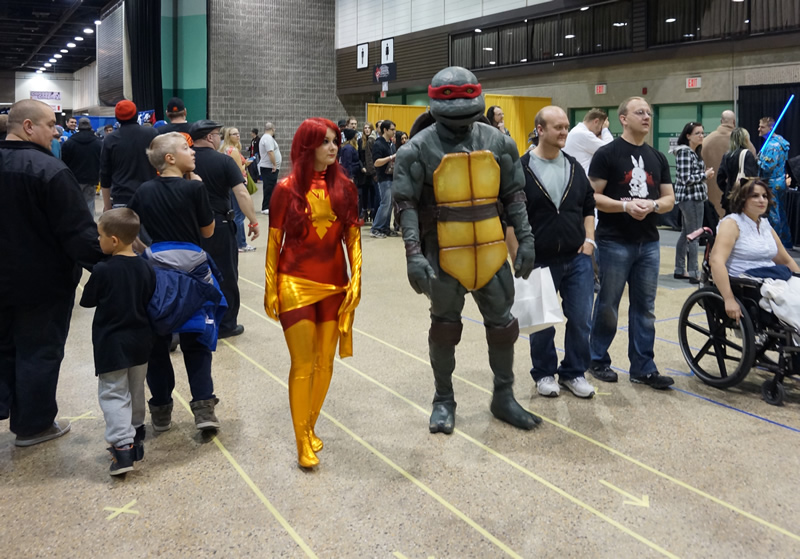 And of course, one of the best parts of Comic Con is seeing all the incredible costumes that all us fans wear. From Batman, to Luke Skywalker, to Superwoman, to Xena Princess Warrior, you are almost guaranteed to see fans giving it their all -- including me, especially when I don my Terminator outfit (because, as I tell Missus every year, "I'll be back"). So be sure to check out the costume contests that happen on Friday (7 p.m.), Saturday (6 p.m.) and Sunday (4 p.m.), as you will be blown away at the time, commitment and craftsmanship that people put into this.

Last year over 44,000 fans attended C4, which has grown exponentially year after year since the organizers switched it to focus more on comics, toys, anime and artists in 2006.

They've had everyone from Patrick Stewart to William Shatner -- unfortunately not in the same year so we could finally see who is a better captain between Picard and Kirk -- to Adam West, the original television Caped Crusader, to Bret "The Hitman" Hart, the greatest wrestler of all time (take that Hulkster!).

So dust off that cape, charge up that lightsaber, break out that bustier and get the face paint ready -- the Central Canada Comic Con is about to take this city by force. The Force that is.