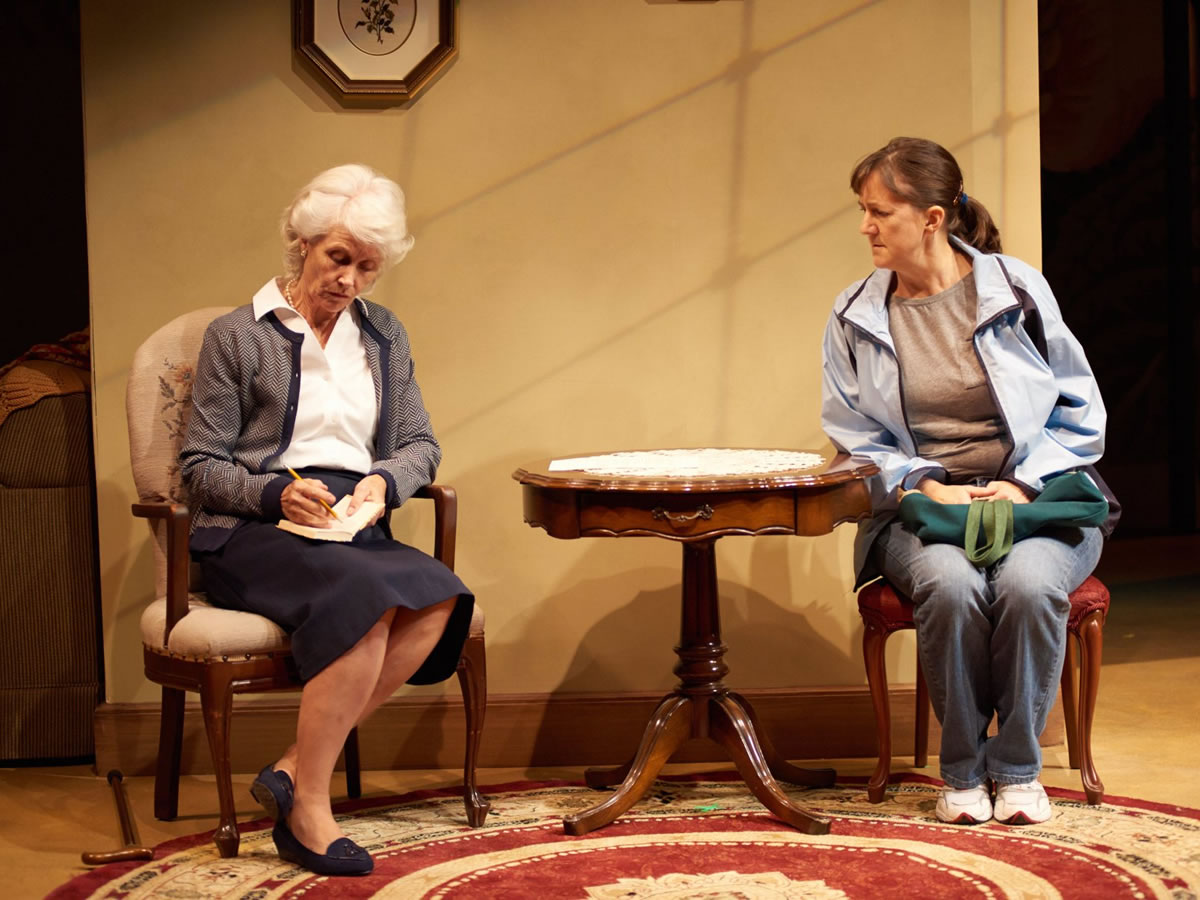 I would be hard pressed to remember watching a play -- not just in Winnipeg, but anywhere else in North America -- that had such warmth, heart and humour as Small Things did.

Written by Daniel MacIvor (a celebrated veteran of Canada's theatre scene) and directed by Robert Metcalfe (PTE's artistic director), Small Things tells the story of a widowed, gabby and somewhat dowdy mother named Birdy (played by Ellen Peterson) who starts to do house work for a slightly prude but well-put-together widow named Patricia (masterfully played by Barbara Gordon). Completing the triangle of characters is Birdy's open-minded-yet-unenterprising daughter Dell (played by Alissa Watson) whose propensity for pot supplies some good laughs.

On the surface, it could have merely been one of those stories about a couple of characters from opposite sides of the spectrum being thrown together while the awkwardness unfolds -- but Small Things was so, so much more. 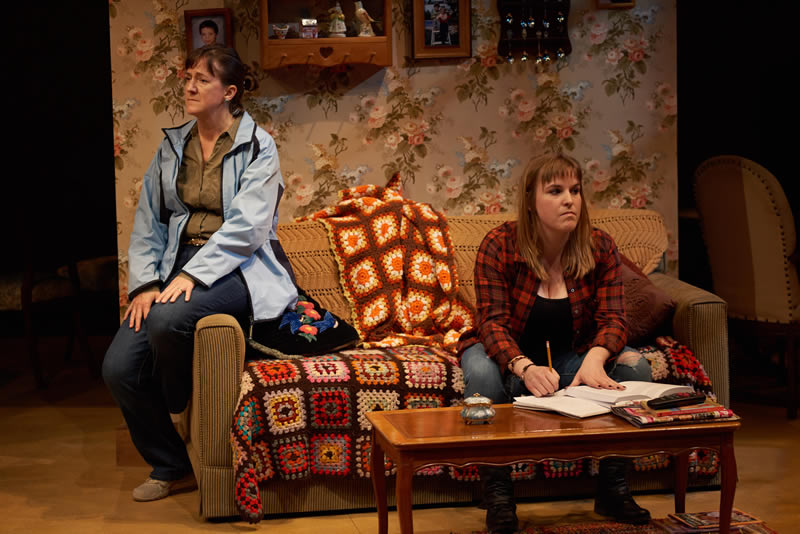 The banter was biting and witty and quite sentimental when it needed to be, while the wardrobe (by costume designer Jamie Plummer) was spot on. Mister Peg -- who considers himself quite the fashionista (you should have heard him remark after a performance of God of Carnage on how unfitting it was that a play featuring affluent Manhattanites had the actors in such frumpy shoes) -- loved how Birdy was attired in what her refers to as the stage one What Not To Wear look of baggy mom jeans buttressed by white running shoes and an ill fitting T-shirt (I tell you, he nearly wept when that TLC show ended), while Patricia was the definition of dignity with her from-fitting cardigans and pencil skirts.

Attire aside, MacIvor's approachable writing along with the spot-on performances and the play's breezy pace (Small Things is just two 35 min segments with a brief intermission) was what really seemed to win the audience over. All the jokes, especially the anecdotes delivered by Patricia, were met with uproarious on-cue laughter by the audience (the bit about weed toast was sublime), while the moments of sweet-sentimentality had everyone in our section sighing. 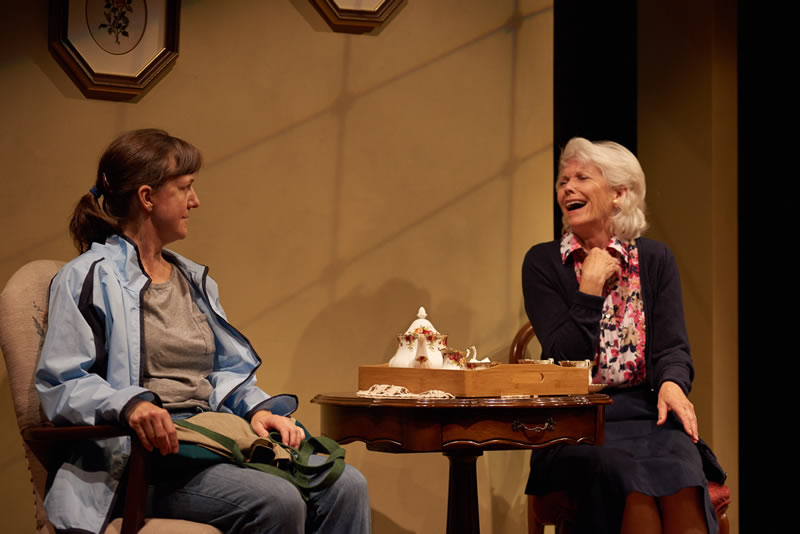 And that is what you have to love about Prairie Theatre Exchange, which is located on the third floor of Portage Place shopping mall in the heart of downtown Winnipeg . It is such an intimate setting to take in a play as every seat makes it seem you are right there with the performers. In many respects, it is how live theatre should be, and we should count ourselves lucky that here in Winnipeg we have a venue with such a dedicated team, led by Robert Metcalfe (whose introduction to this world premiere I found just charming), in Prairie Theatre Exchange.

With that being said, the 2014-15 season is looking like another great lineup -- Mister Peg is especially excited for Life, Death and the Blues (which PTE alluded to last night with a blues guitarist entertaining in the lobby) featuring the sultry Juno award-winning songstress Divine Brown.

Attending PTE is a great night out, their theatre going patrons are of the hipper variety (so be sure to have a glass of vino or two after the show to talk with the artsy folks) while in winter their heated underground parking (free for subscribers) is always a bonus.

Small Things runs until November 2nd. Be sure to get your tickets today before you come to the Peg, because you don't want to miss this one.