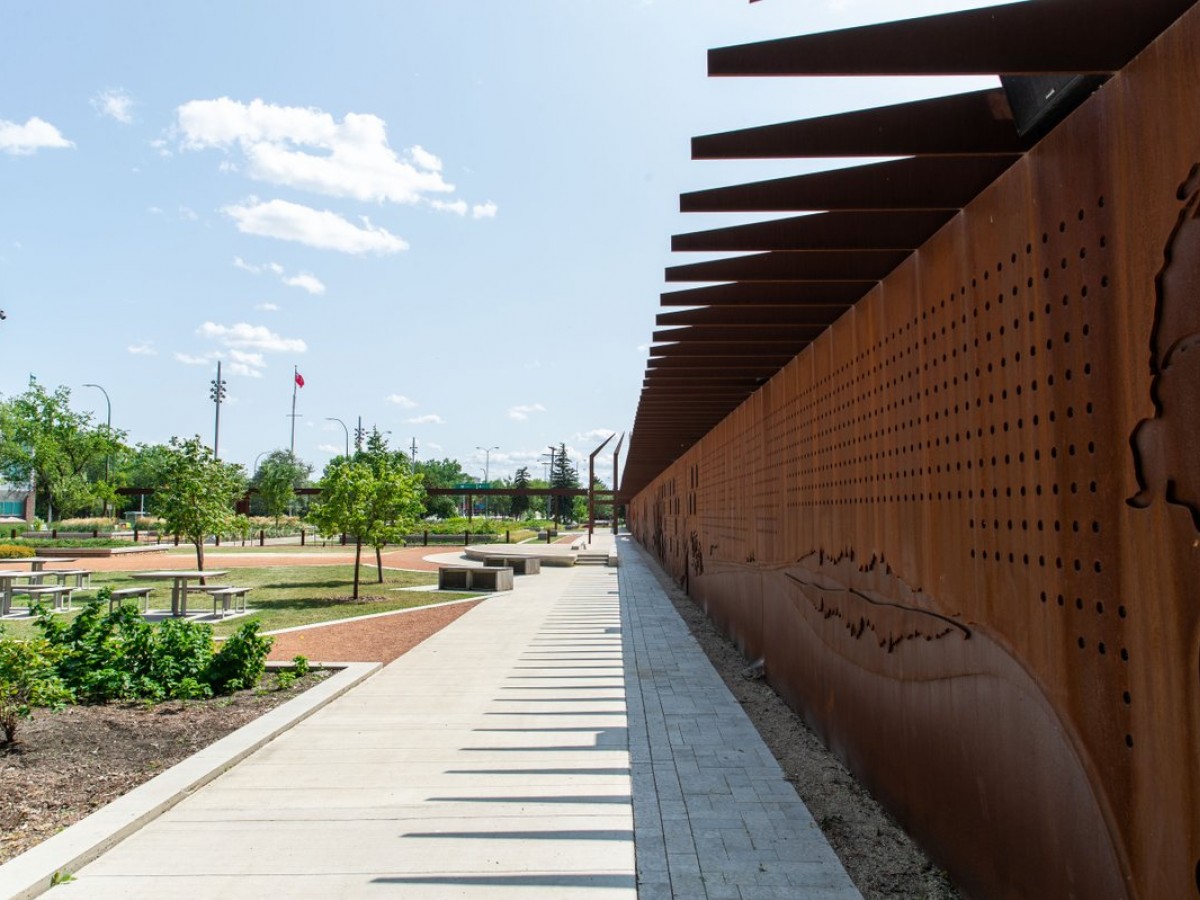 The second installment in our virtual Winnipeg series focuses on smaller attractions, while we also have audio-guided walking tours you can do now

It’s not just  Winnipeg’s biggest attractions that are available for exploration online.

Some of our coolest buildings and tours are just one click away, while we also have plenty of resources to experience Winnipeg’s history.

Easily one of Canada’s – nay, North America’s most fascinating buildings, the true meaning of the Manitoba Legislative Building’s architecture escaped the view of historians and visitors for nearly a century. It wasn’t until Dr. Frank Albo revealed the building – which was started in 1913 and completed in 1920 – to be a modern homage to Solomon’s Temple, with both his book The Hermetic Code and corresponding tour that he runs with Heartland International Travel and Tours.

While you can’t currently embark on a Hermetic Code Tour (2020 dates were originally scheduled to run April 22 to September 16 on Wednesday nights), you can watch this fascinating documentary by Canadiana called Winnipeg’s Secret Code. It does a top-notch job telling the history of the building, examining its unique architect and architecture, while shedding light on Winnipeg’s early 20th-century history – all in just 18 minutes!

Another super cool piece of Winnipeg history is Fort Gibraltar, a replica of the original circa 1810 North West Company trading fort. Each winter the fort plays host to Festival du Voyageur, Western Canada’s largest winter festival, while come summer the fort is always alive with costumed interpreters who will bring you back to the life as it was during the early 19th century fur trade. It’s also regularly used as an event space for weddings, beer festivals, the Poutine Cup, and everything in between, and, as you can see in this photography virtual tour, it is quite the handsome setting.

The opening three seconds of this virtual tour – which shows a full 3D map of the many rooms in this historic mansion – are worth clicking alone.

Built in 1895, the Danavert is a “small mansion [with] big history,” being the former home of Sir Hugh John Macdonald, the son of Canada’s first Prime Minister, amongst others.  As you can see in the virtual tour, the museum brings you right into the Victorian era replete with ornate wallpaper, plush carpets, and countless artifacts spread throughout its many rooms.

Heritage Winnipeg is a charitable non-profit organization with a website that totally rocks. We can’t tell you how many times we’ve turned to this website to learn more about Winnipeg’s brilliant historic buildings, or to see what our streets looked like from the 1870s to the 1950s.

This virtual tour can bring you through the historic Exchange District quadrant by quadrant, sharing historical photos, videos, and text laden with gems like this, “He resided in Armstrong Point in a home, named 'Helensia,' after his wife.” (re: George D. Wood)

History buffs will also dig Winnipeg In Focus, which houses over 1540 historic photos of the city, spanning nearly every era of Winnipeg’s history. You can spend hours scrolling through the shots at random, while there is also a search bar and advance search function that works quite well.

West End BIZ online mural tour
One of Winnipeg's most diverse neighbourhoods, the West End's colourful, vibrant murals set this neighbourhood apart. Each mural tells unique stories about local heroes, urban history and the many cultures found in the West End. Discover the murals that make up the BIZ's award-winning walking tours from the comfort of your keyboard through its online mural tour.

Tours you can currently embark on

The Forks: A self-guided audio tour is something that indeed does fit the safe-distancing guidelines, as it simply involves exploring the gorgeous natural areas of The Forks. All you have to do is download the audio file, and award-winning columnist and University of Manitoba Professor of Native Studies Niigaan Sinclair will narrate you through the area. You’ll hear about the area’s 6,000 year history, about the meaning behind the designs of all the public art and architecture on display, and learn of artifacts that have been uncovered where you stand. The 50-minute tour features guest appearances from famed architect Étienne J. Gaboury, Royal Canoe’s Matt Schellenberg, and Elders Barbara and Clarence Nepinak, to name but a few.

This nifty website uses a sliding tool to juxtapose historic photos of the city with modern photos taken from the same sight (including a circa 1900s photo set beside a contemporary photo of the below-mentioned stone arch at Upper Fort Garry). It provides a really intriguing glimpse at how the city has changed over time, with some of the more dramatic changes including St. Boniface Cathedral – which you can see in its former glory before the fire in 1968, and Portage Avenue today vs a scene from the 1919 General Strike. Along with the website, they also have an app that can be used to go on two historic walking tours of downtown and The Exchange District.

Download this app and let it take you for a 3.47 km stroll through the sweet streets of Saint-Boniface, the city’s French Quarter. The app features a map to follow, along with plenty of interactive elements that will illuminate this neighbourhoods' sturdy, resilient history. The best part, is that right now, you could technically do this tour should there not be too many people milling about.

Another app you can currently use out in the wide world (and by wide world we mean from a safe distance from other people) within the historic circa-1820s original stone archway comes courtesy of Upper Fort Garry. Where once stood a late 17th-century Hudson Bay Company fort (conveniently located downtown on Main Street, right across from The Forks), you’ll now find Upper Fort Garry Provincial Park. It boasts numerous features including gardens and the $3-million Manitoba Liquor & Lotteries Heritage Wall, which at 400 ft. of length just may be the largest piece of public art in Canada. (It also houses 7,000 LED bulbs which come together to create a cool light and sound show that plays regularly throughout the day.)

The app itself uses GPS-based technology that you can activate when walking through the park, whereby your phone or tablet will light up to share info, stories and historic photos on exactly where you are standing.