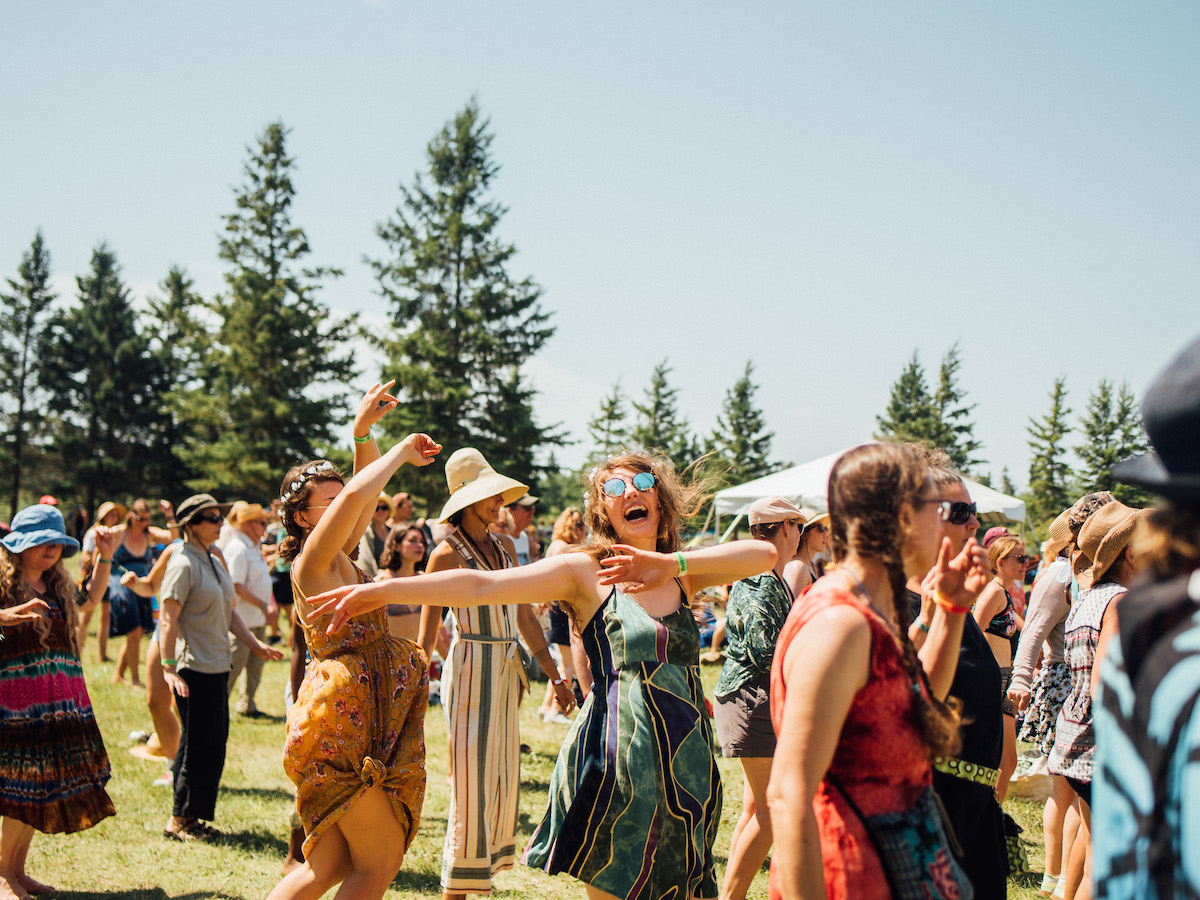 You'll want to get your dance on when you find out who's playing at this year's Folk Festival (photo: Ally Gonzalo)

An audio-visual guide to the 2020 Winnipeg Folk Festival Lineup

The  Winnipeg Folk Festival 2020 lineup is now out and it boasts more tasty jams than all of the city’s Stella’s locations put together (which is saying a lot, because Stella’s jam is legendary*).

On that note, to entice you to get your early-bird tickets today, we’re back with this 2020 Tourism Winnipeg audio-visual guide to the festival, showcasing just a few of the must-see performances that you can take in during the four-day festival (July 9-12 at  Bird’s Hill Park).

Back with new music for the first time in four years, albeit only two songs, the Icelandic rock band Kaleo is surely one of the biggest names on this year’s ticket.

Starting out slow and simple, "I Want More" feels a lot like the songs on their 2016 album A/B -– blues rock vibes for days. Whistling, bird chirping and soft strumming makes you wish it was already summer. Bonus tidbit: Kaleo was formed in the town of Mosfellsbær, which is known in Iceland as “the green town.” This is so apropos, as Folk Fest is easily one of the greenest music festivals in the world, having received numerous awards for its sustainability initiatives.

This song, and pretty much everything Khruangbin does, is like entering a whole new world – there’s just so much atmosphere to envelope you. This instrumental trio is all the rage on the current jam scene right now, as everyone is enamoured with how tight they are. Donald "DJ" Johnson Jr.’s drumming is like a metronome, while the fabulously wig-wearing tandem of Lara Lee (who plays bass while swaying so mesmerizingly) and Mark Speer (whose guitar is cleaner than a plate charger straight from the dishwasher) enthrall. Do yourself a favour and YouTube some of their live stuff, you’ll be hooked.

Japanese Breakfast - “Body is a Blade”

Thirty Helens would agree: Everyone is in love with Michelle Zauner, the lead singer/songwriter of Japanese Breakfast. She can rock out on a sprawling trippy number like “Diving Woman” then record a ballad that will break your heart like the above “Body is a Blade,” which is about the death of her mom. Her lyrics are often astonishing too; for instance, has the loss of a parent ever been put more succinctly than “What's this place if you're not here?” Bless you, Michelle.

Vile has this charming vulnerability to him with his quiet, shaky sort of voice, all of which is complimented by his virtuoso guitar playing. Outside of his main stage performance, you’ll want to see if he hits one of the smaller stages in a workshop because his acoustic playing is enchanting.

Singer/songwriter Natalie Mering found a time machine in the late 60s/early 70s and is currently only visiting us with her spellbinding songs. On that note, seeing her live at Folk Fest is a must, as she just may re-enter that time machine to go back to take part in the Isle of Wight Festival where she’d be even more revered.

Prine is such a legend that we are afraid to even write a sentence on him, while we’re equally afraid of what our dads would say if we didn’t give him a plug here. Just watch the above, then try not to be shattered by the rare beauty of it all.

Van Etten has been big on the indie scene for quite some time now, but last year she really took off with “Seventeen,” her ode to growing up in NYC. It has been lavished with praise from Rolling Stone, Consequence of Sound, and The Guardian, which listed her album Remind Me Tomorrow as the fourth best of 2019. One our personal faves of hers is “One Day” from her 2010 album Epic. The “ohohohs” that hit before the chorus are addictive and we bet you can’t listen just once.

Of course, this is just a sampling of all the incredible acts you can catch this summer, including headliners Vance Joy, Tash Sultana and Tegan and Sara. This year there will be a special Celebrate 150 performance, the “Manitoba Songbook” featuring some of the city’s best talent, along with a dedication on Sunday to founder Mitch Podolak (“Mitch’s Sunday Feast"), featuring his son Leonard playing with Scott Nolan, Natahan Rogers and more.

Plus, the Winnipeg Folk Festival is also just so magical. The ambiance is tranquil for the whole family and you are guaranteed to see people of all ages dancing barefoot (from ages one to 80), the food – all by local chefs and restaurants – is excellent and the festival organizers continually are adding  new experiences to make the fest even better. Learn more and get your tickets today at  winnipegfolkfestival.ca

*Note: for more locally made tasty jams, you should also check out  Flora and Fauna and Tall Grass Prairie.