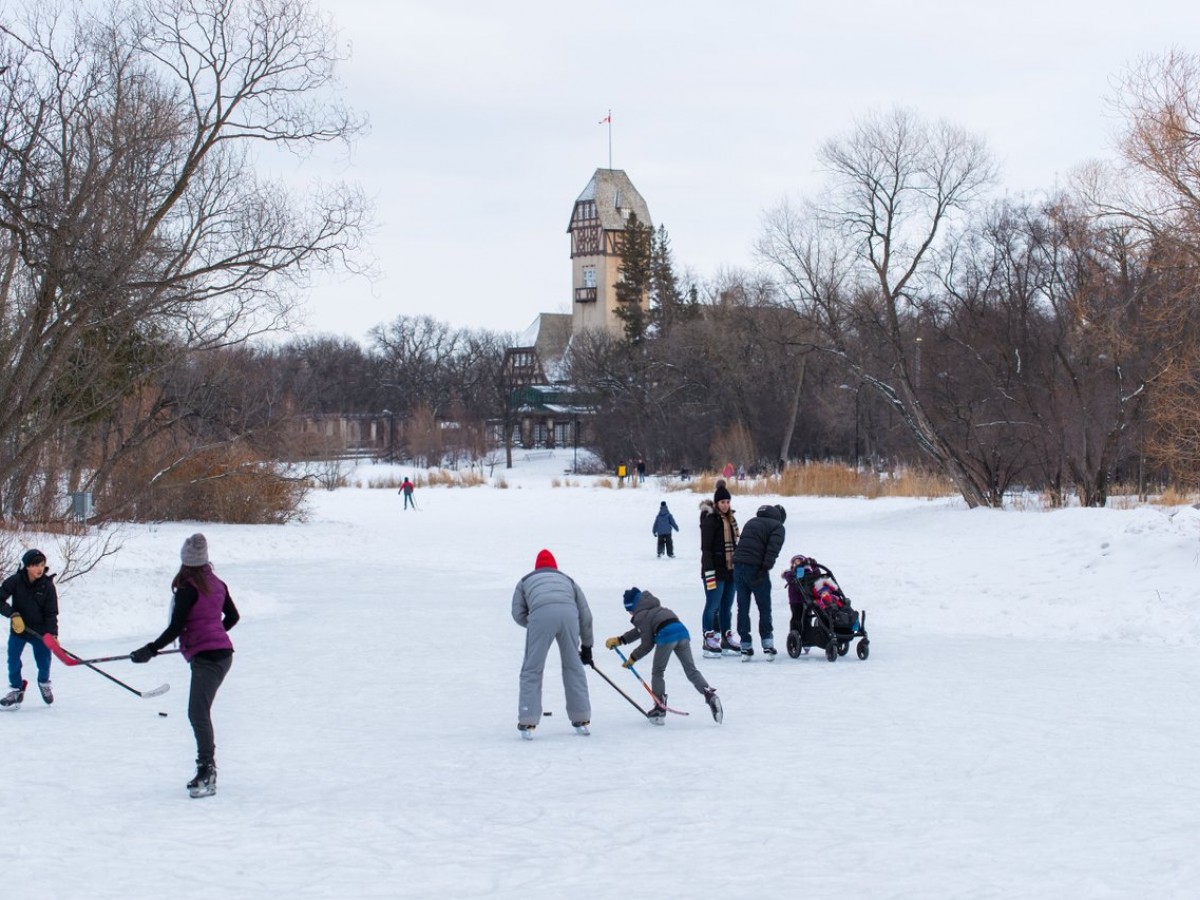 20 ways to experience winter in Winnipeg for 2020

Does your New Year’s resolution include getting outside more? Doing something adventurous? Indulging in more self-care? Well, has Winnipeg got you covered this winter.

From one-of-a-kind attractions and events to the most Zen-worthy experiences, the city can help you bang out those must-dos in one season.

1. Try not to get lost in the world’s largest snow maze at  A Maze in Corn. Take a sleigh ride, slide down the snow mountain or just kick off your boots inside the warming barn.

2. Soak in outdoor thermal pools surrounded by snow at  Thermëa by Nordik Spa-Nature. Yes, your robe does freeze solid, but it’s quickly thawed by popping into one of the many saunas.

3. Learn how to winter from the experts — the polar bears, seals, muskoxen and other Arctic animals at Assiniboine Park Zoo’s  Journey to Churchill, the world's most comprehensive Arctic species exhibit. After, go for a skate in the park at the Riley Family Duck Pond.

4. Kick up your heels to the sound of the fiddle, down some traditional pea soup, and marvel at the masterfully created snow sculptures at  Festival du Voyageur (February 14-21, 2020), Western Canada’s largest winter festival.

5. Make your day a little bit steamy inside  sauna | Winnipeg’s two new barrel-shaped structures at The Forks. Pop out to cool down in the outdoor lounge with a glass of wine, then head back in to finish your 90-minute sweat session.

6. Prepare to be dazzled by the 300,000 LED lights on and around the Manitoba Legislative Building for  Illuminate 150, a bright reminder to celebrate Manitoba’s 150th anniversary.

7. Revel in winter and all its associated activities at  Arctic Glacier Winter Park. Skating (on-land trails and rinks), tobogganing and Crokicurl, oh my! Try it at night when all the twinkling lights are on display as a DJ begins to play.

8. Watch the puck drop at Bell MTS Centre during a  Winnipeg Jets or Manitoba Moose game, or check out the city’s new WHL team, the Winnipeg ICE, at Wayne Fleming Arena.

9. Work up a sweat inside at  Activate Games, an interactive experience that has you dodging lasers, stomping on LED floors, and solving puzzles in numerous physically and mentally challenging rooms.

10. Crush winter at  FortWhyte Alive where you can do all the things - tobogganing, snowshoeing, ice fishing and cross-country skiing. For something a little more laid back, grab a stick and roast some bannock by the fire or take in one of the many workshops offered at the urban oasis.

11. Shop for all your outdoor essentials at Winnipeg’s newest mall, Outlet Collection Winnipeg.

12. Strap on some spikes and scale Club d’escalade de  Saint-Boniface’s ice tower, a 20-metre high, three-sided structure that provides a challenge for climbers of all levels.

13. Step off blustery Main Street into the Centennial Concert Hall (and some other unique venues) for the Winnipeg Symphony Orchestra’s  New Music Festival (Jan. 25-31). While based in classical music, this week-long event weaves in pop, metal, indie rock, augmented reality technology and more for rich programming that will expand your musical repertoire.

15. Warm your insides with a seasonal selection of winter ales from one of  the city’s craft breweries. Pour a pint of Barn Hammer’s dark and spicy Embrace, see if you can detect a hint of gingerbread in Torque’s Bumper Shine or pair a Belgian pecan brew and meat/cheese board at Nonsuch.

16. Look up and learn what is currently visible in Manitoba’s winter night sky at the  Manitoba Museum’s Planetarium. Then head upstairs to the new Winnipeg Gallery, which combines modern mediums with artifacts that explore the rich history of the city.

17. See what animal tracks you can spot in the snow that surrounds  Oak Hammock Marsh while on a snowshoe hike. Inside the interpretive centre, enjoy a cup of hot chocolate while you learn more about this important ecosystem and its inhabitants.

18. Make this winter the luckiest one yet at one of  Winnipeg’s premier casinos. Explore the magic of Manitoba’s only walk-through saltwater aquarium at Club Regent before pulling up a chair at a table game or slot machine. Or, indulge in the opulence of McPhillips Street Casino, where after a payday on the modernized games floor you can relax in the contemporary Lot 180 with a hand-crafted cocktail.

19. Feel the horse power as the gentle giants at Assiniboine Park Zoo’s  McFeetors Heavy Horse Centre pull you through the snow on a two-horse open sleigh. Make sure to give these Percherons a big pat after -- if you can reach that high.

20. Cross-country ski the 15 kilometres of well-groomed trails at  Windsor Park Nordic Centre, then pop inside the rustic clubhouse for a hot chocolate in front of the fireplace.