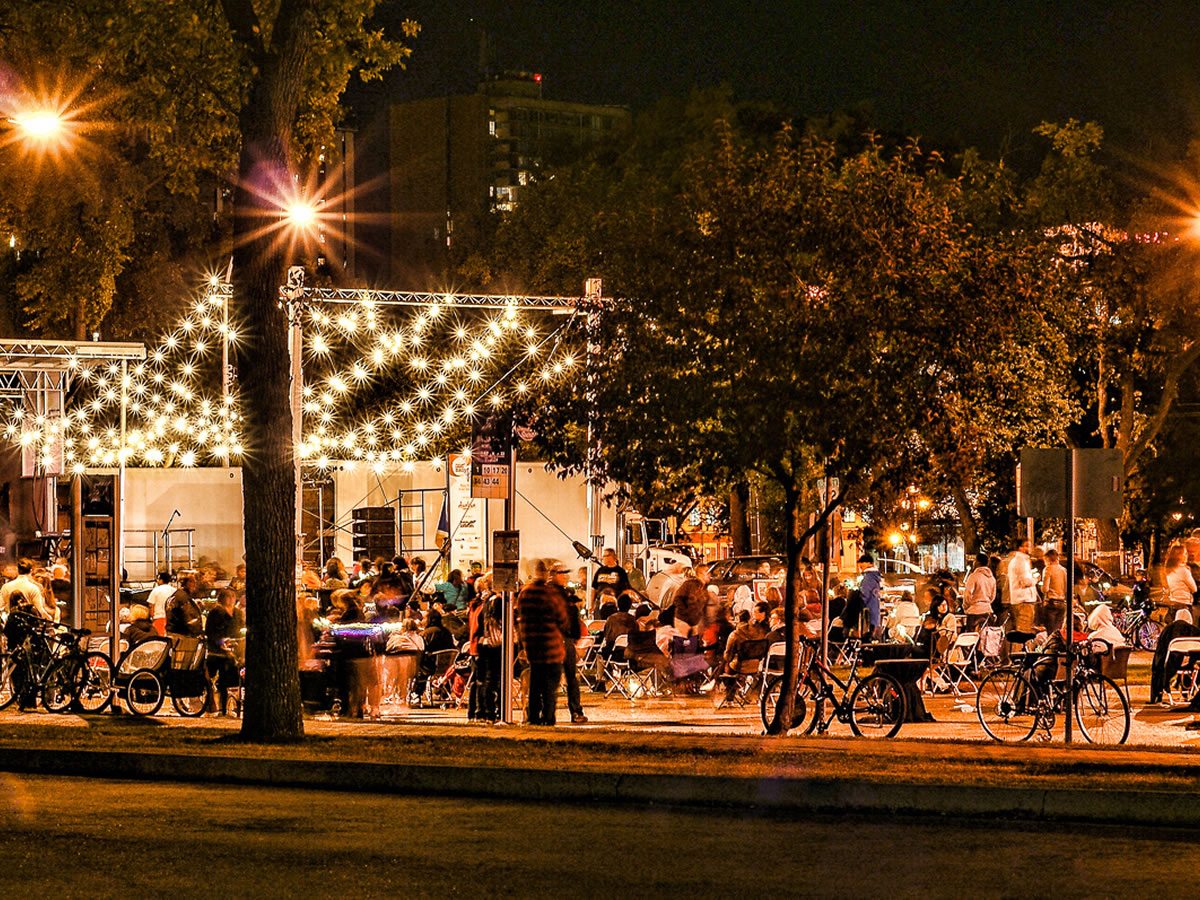 Almost too much to do at Downtown Winnipeg's ManyFest

As the name may tell you, there are more than a couple things to do at ManyFest, which is sponsored by Manitoba Liquor and Lotteries.

The city's largest street festival comes to life on Broadway when over 40,000 people from across the province and beyond our borders hit the streets this weekend, September 5-7. 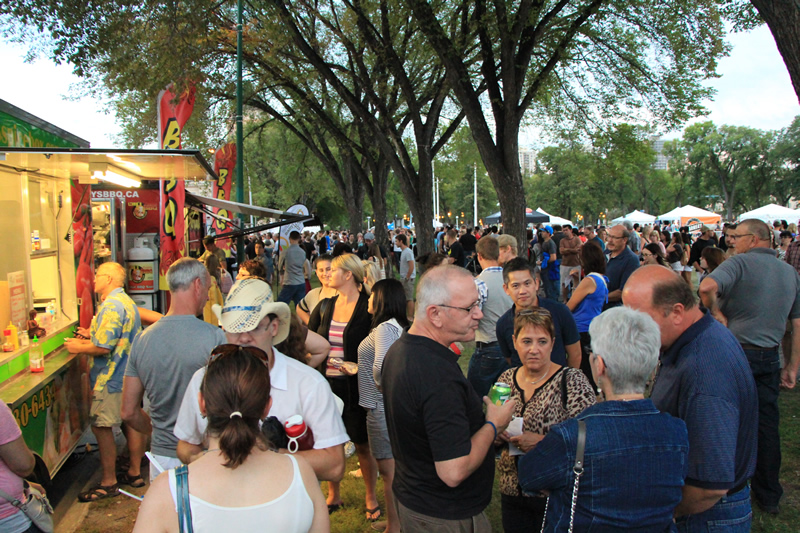 They'll be basking in the merriment of it all; getting their groove on during the Big Dance on Broadway (which runs 4:00 pm - 11:00 pm Saturday, and noon - 6:00 pm Sunday) as some of our best bands hit the stage -- including the always funky Moses Mayes; eating their way through 25 food carts so they can help crown a winner of the Food Truck Wars (our good pal Peg City Grub is one of the expert judges!); and maybe, if they are like Mister and I and can find a 'sitter, possibly sipping an afternoon away at the Wine and Beer Gardens in Memorial Park (whose proceeds go to charity, so let's not be all judge-y).

For our family, it all starts on Friday when Mister, 'Lil and myself head down to Memorial Park to take in the Giant Movie in the Park. 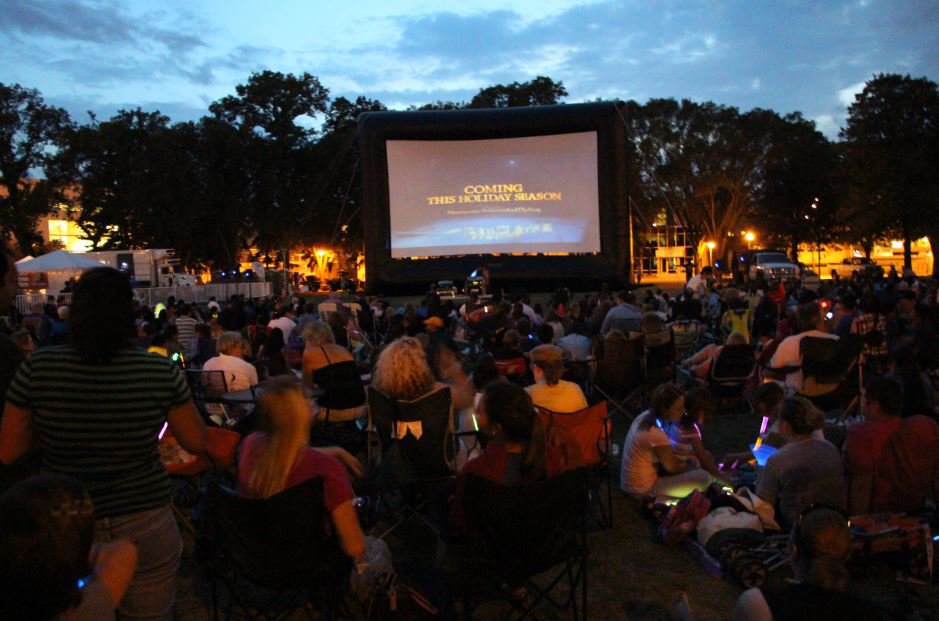 The Giant Movie in the Park is a great way to kick off ManyFest (manyfest.ca)

You'd have to be one sour grape to say that there is not a touch of magic in the air when you get a pile of people, all bundled up in blankets, watching a film on the outdoor screen. This year they'll be playing Jumanji, to celebrate Robin Williams, while also accepting donations to Mood Disorders Association of Manitoba, because host sponsor Downtown Winnipeg Biz is classy like that.

On Saturday night, our whole family will be racing -- or should I say dressing up in neon and having a blast? -- as part of the Electric Donkey Run, which is every bit as fun as it sounds. 'Lil loves glow sticks , so we'll be sure to deck her out in them as we start the race at The Forks which then runs 5 km through St. Boniface then ends on Broadway. 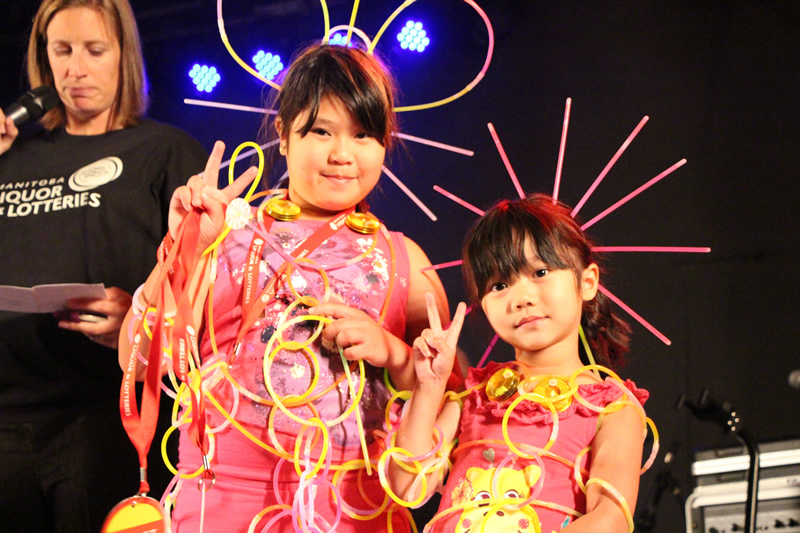 Even kids get into the spirit of the Electric Donkey Run (manyfest.ca)

Sunday we'll again be at it, riding our bikes to Broadway to take in Ciclovia to watch the thrills and spills that are always guaranteed in the soap box race. Mister can then take 'Lil to make some new friends in the MiniFest Kids' Zone (which runs just about all day Saturday and Sunday), while I go for a complimentary message in the chill zone. 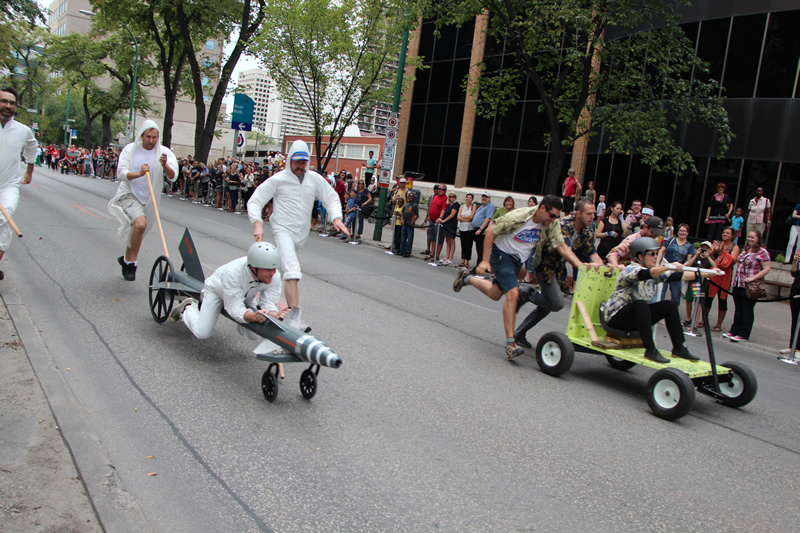 Ciclovia's soap box derby is not for the faint of heart

Yes, ManyFest has it all!