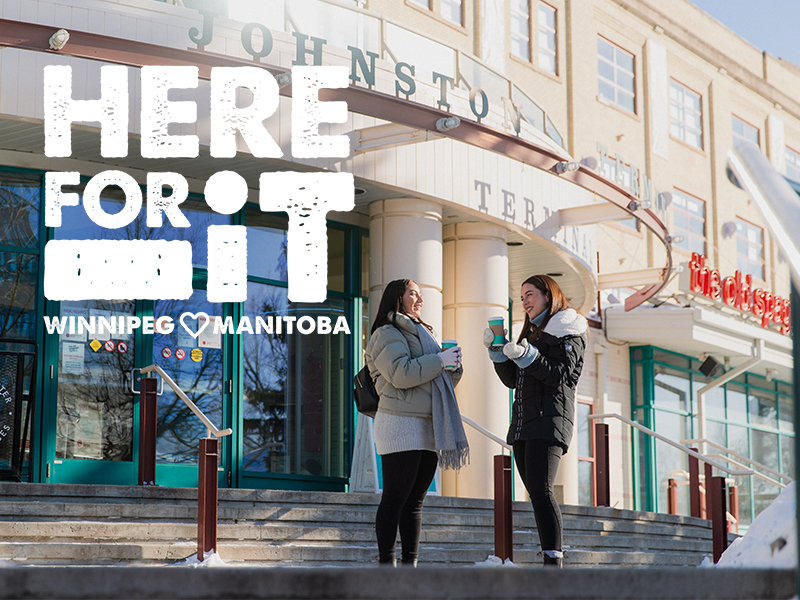 Spring would normally be the apex of our theatre season. It would also be a time when Jets’ Games are the most boisterous as the team makes a playoff push in between huge shows at Bell MTS Place.

While that’s not the case this spring, there’s still plenty to be had at our world-class attractions and online, via our enchanting performance groups – and we’re here for it. 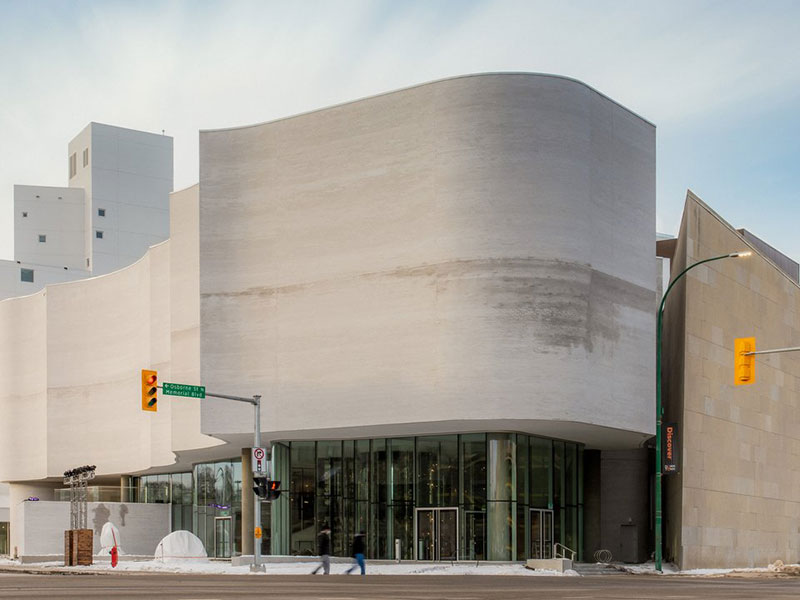 Here for the Arts

The biggest story on the Winnipeg attractions scene for 2021 is surely Qaumajuq, the Winnipeg Art Gallery’s (WAG) four-storey, 40,000 square foot Inuit art centre, which is connected to the WAG. It is home to the world’s largest collection of contemporary Inuit art, with features that include a massive glass vault housing hundreds of sculptures, an auditorium, and architecture that pays homage to the stark beauty of the Arctic landscape. The building itself is astonishing, with a curving, snow-drift like façade that currently features a projected light show referencing the Northern Lights entitled Quamajuq365.

Within the WAG itself you’ll also find exhibits like Salon Style — which artfully presents some of the oldest works in the collection; a new exhibition on Ivan Eyrie–one of the region’s most-celebrated artists–entitled Looking Through; and Simply Splendour– showcasing Master Drawings and ceramics that are part of the WAG’s decorative arts collection.

Canada’s Royal Winnipeg Ballet has successfully transitioned their 81st season into digital productions, which continues this spring with The Magic Flute (April 30-May 2). The production, which feature the breathtaking dancing and rich costumes audiences have come to expect from the RWB, are being produced by FRANK Digital featuring music by the Winnipeg Symphony Orchestra (WSO). 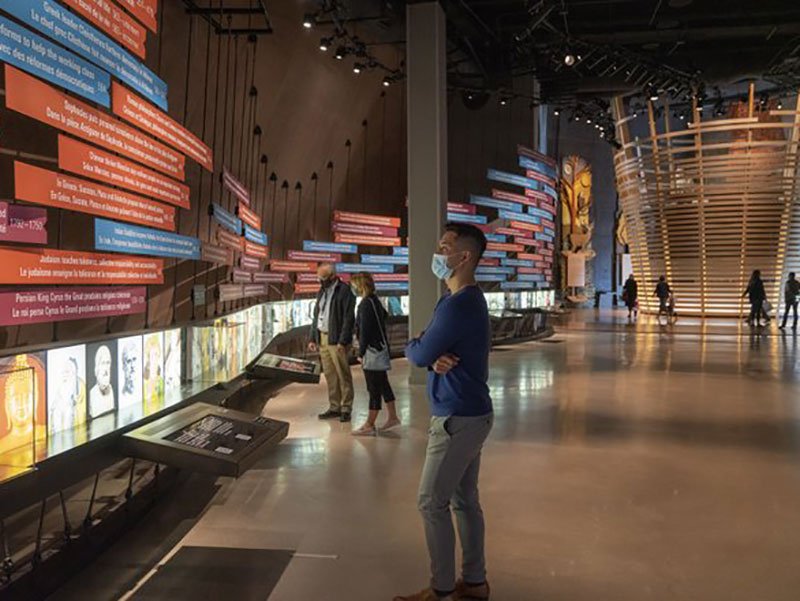 Assiniboine Park Zoo offers ample room to explore and see many of its 180 species, including Amur tigers, snow leopards, Arabian camels, cougars, lynx, and of course, the zoo’s signature group of polar bears and its Journey to Churchill exhibit, which plays a starring role in CBC Television's Arctic Vets.

Returning for Spring 2021 is Aunt Sally's Farm.This new throwback exhibit -- the original opened in 1959 and takes its name from Sally Warnock, an animal rights activist in Winnipeg who was a founding member of the local Humane Society -- features pot-bellied pigs, llamas, miniature donkeys and a huge flock of goats who command the whole exhibit as they galavant over the heads of visitors in these amazing rainbow bridges.

More renowned attractions include the Canadian Museum for Human Rights which, given its incredible expansive architecture, provides ample space to social distance while viewing its galleries. The Manitoba Museum is open too with plenty of updates, including a new Discovery Room exhibit celebrating 50 years at the current location, a spiffed up Welcome Gallery (where the immense bison-hunt diorama will continue to greet you) and upgrades and improvements throughout.

For outdoor attractions like The Forks, FortWhyte Alive and Oak Hammock Marsh, check out our Get Outdoors guide while you should be sure to check on the status of Thermëa by Nordik Spa Nature–the city’s incredible outdoor spa—before you plan a visit to this steamy oasis.

Return to Here for it Winnipeg

Staying connected with Winnipeg's attractions, virtually
Flock to these Winnipeg spots for the best in birding
See the city in a new way with these audio tours