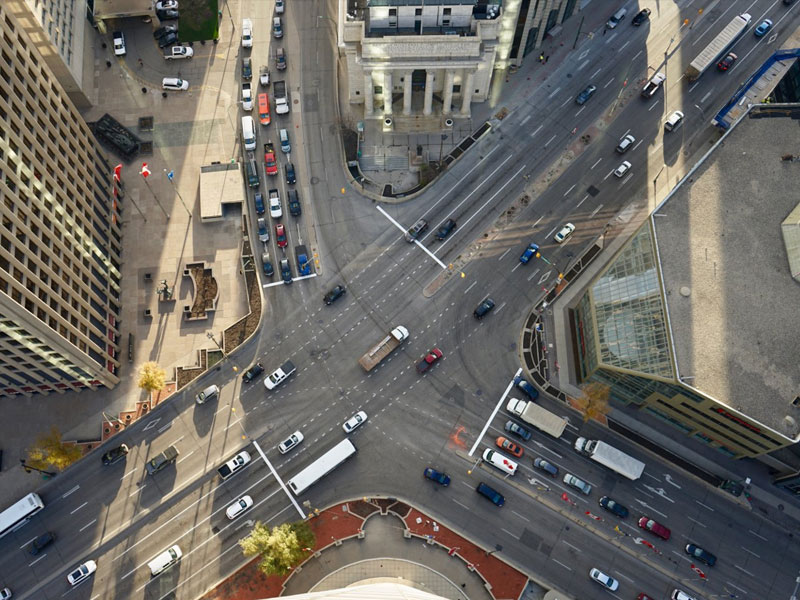 Wander around downtown for the day and you'll find yourself surrounded by Winnipeg’s famed architecture, a mix of turn of the 19th century and early 20th century masonry (or, as we like to say, stone skyscrapers) and modern glass buildings. You’ll also be introduced to downtown’s culinary scene, where gourmet sandwiches, food trucks, and handcrafted cocktails are aplenty.

Above all, you’ll see the people that make this place so great - like the singer/songwriters on stage at downtown’s many live music venues, the tour guides who can introduce you to landmarks like the much-photographed oculus at the VIA Rail Station, the chefs and shop keepers of the trendy boutiques and restaurants, and our famed Golden Boy, who looks out from his perch on top of the  Manitoba Legislative Building.

You can’t mention downtown without talking about  Bell MTS Place, which is the home of both our NHL team, the Winnipeg Jets, and our AHL team, the Manitoba Moose. Bell MTS Place is also the go-to venue for big touring acts like Fleetwood Mac, Lady Gaga and Arcade Fire, and is one of the busiest arena venues in North America. Also in the SHED (Sports, Hospitality and Entertainment District) are cultural landmarks like the Burton Cummings Theatre, Dalnavert Museum, the Millennium Library, Canada’s Royal Winnipeg Ballet and the restored Metropolitan Theatre.

The Forks, Winnipeg’s most visited tourist destination, is also part of downtown. Amongst its sprawling grounds you’ll find the iconic architectural marvel, the Canadian Museum for Human Rights, the Children’s Museum, the Manitoba Theatre for Young People and the bustling Forks Market– which contains vendors selling locally-made gifts, food, fine wines, and skate rentals in the winter. The iconic river intersection boasts one of the world’s longest skating trails in the winter, and water taxis and boat tours in the summer.