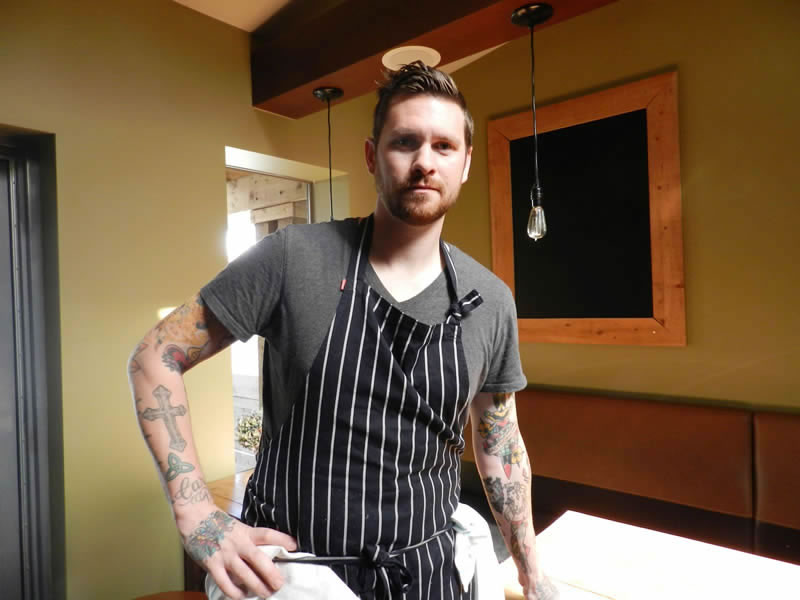 Even though it opened in 2009 (which seems like a lifetime for a trendy restaurant), Segovia remains Winnipeg’s most nationally acclaimed restaurant.

It currently sits at No. 46 on the Canada’s 100 Best List (while it also appeared on the 2015 and 2017 editions) and has had notable mentions in the Globe and Mail, Toronto Star and Maclean’s, to name but a few. Ask any chef in town what their top choice place to eat at on their days off and the answer is almost always, Segovia.

Donnelly is the star graduate of Red River College’s culinary arts programs, having gone on to cut his chops with renowned Michelin-starred chef Tom Aikens in London, while the dishes at Segovia have drawn on his travels through Spain. Even while helming the most popular restaurant in town, Donnelly pushes to perfect his craft, having staged for Fergus Henderson at St. John Bread and Wine, one of the world’s foremost nose-to-tail eateries.

Like its namesake, that being the Spanish town north of Madrid, the restaurant is known for its Spanish tapas. These range from traditional numbers like croquetas and plates of jamon Iberico, to fish dishes featuring under-utilized ingredients (on the prairies) like razor clams, sardines, and salt cod.

Pretty much everything you are going to have here is going to be delicious, while Segovia is also a great choice for vegetarians and vegans too, with a kitchen that adapts well to any dietary restrictions.

Pro tip: Segovia does not take reservations, so either get there when it opens at 5 p.m., or be prepared to have your name taken down then head for a drink at any of the numerous bars in the surrounding Osborne Village area. G+T fans will relish the Segovia version (which is not on the menu) that utilizes lime sorbet.