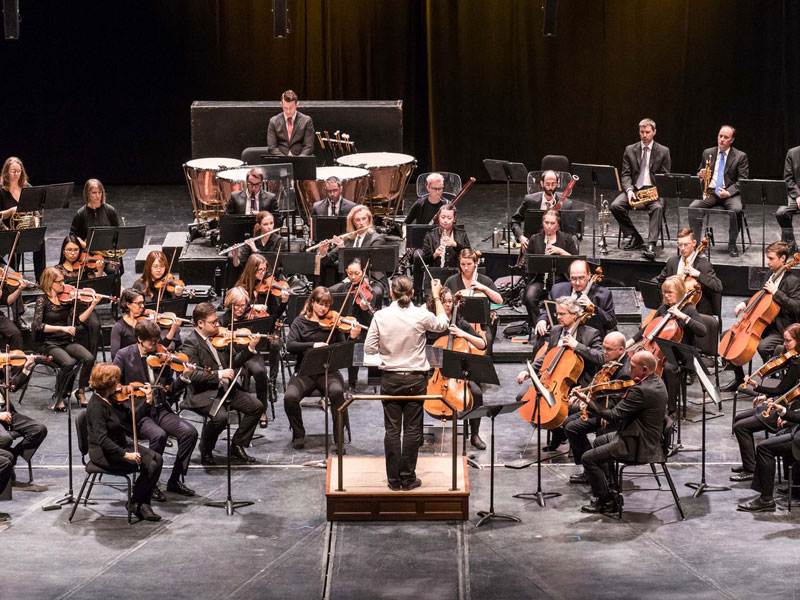 Come fall and winter, as the temperature outside begins to drop, Winnipeg’s arts and culture scene really turns up the heat.

For starters, music fans will relish every minute they spend in the city, as on any given night there are more live musical acts performing in Winnipeg’s clubs than anywhere else in Canada (per capita).

As Allan Reid, the president and CEO of the Canadian Academy of Recording Arts and Sciences and the JUNO Awards recently said, “Winnipeg is the city of great beginnings,” continuing that “an amazing range of musical talent grew-up in this vibrant prairie city,” while going on to cite icons like Fred Penner, Loreena McKennitt and Burton Cummings.

Neil Young, The Guess Who, Chantal Kreviazuk and so many more international stars have also cut their chops on the city’s stages, so don’t be surprised if you get swept up in the moment while watching a future rock star at a venue packed with locals grooving to the music. Some of these great music clubs include the Times Change(d) High and Lonesome Club, the West End Cultural Centre, the Good Will Social Club, the Pyramid Cabaret and the Park Theatre.

To experience a live music atmosphere, look no further than Festival du Voyageur (FDV) (February 12 - 21, 2020), one of the world’s greatest winter festivals where massive tents with straw floors provide the perfect party environment. Western Canada’s largest winter festival brings in bands from across North America, while the overall theme celebrates both the region’s fur-trading history and its Métis culture. At FDV, you can expect plenty of dancing, costumed interpreters who are living life inside Fort Gibraltar like it was the mid-1800s, and more French food than your appetite can handle — including everyone’s favourite, maple taffy on a stick.

If you want to give your ears a real refined treat, you can’t beat a night with the Winnipeg Symphony Orchestra (WSO). The WSO is an institution that is renowned for its ability to cover so many genres — be it classical, pop, film scores, and live interactive events.

If you want to saturate your senses in an abundance of creativity, mark your calendars for the WSO’s New Music Festival . During this week, you can catch an incredible range of genre-defying concerts — past participants have included members of Arcade Fire and the Smashing Pumpkins — and events in unique settings that provide a real showcase as to how creative this city can be.

And it’s not just music that has put us on the entertainment map.

Winnipeg is known as “Canada’s Cultural Cradle” and is the home of numerous national performance groups and institutions that have been granted the royal prefix. So, you could say that it’s no trouble to find some entertainment that is fit for the Queen.

One particular group that always brings a bit of majesty is Canada’s Royal Winnipeg Ballet, who have been sweeping audiences away for nearly 80 years.

It’s also easy to lose yourself during plays by the Royal Manitoba Theatre Centre (MTC), who stage works at both the John Hirsch Mainstage and the Tom Hendry Warehouse (where you can catch edgier, smaller productions).

More excellent theatre productions can be found at Prairie Theatre Exchange (PTE), a theatre in Portage Place Shopping Centre that is so intimate that some seats are literally on the stage.

Take in an evening of soaring arias and pulse-pounding chorus pieces during the  Manitoba Opera’s twice-annual performances of some of the millennium’s best-known works.

Winnipeg is also home to numerous galleries that are guaranteed to provide a feast for the eyes.

For starters, there is the Winnipeg Art Gallery (WAG), which is both Canada’s oldest civic gallery and the home of the world’s largest collection of contemporary Inuit art — featuring over 13,000 objects, including some 7,500 sculptures all catalogued to represent each town and region of the Arctic. To ensure that most of this collection can be put on permanent display, the WAG is in the midst of creating the Inuit Art Centre which is planned to be a four-storey, $65-million space whose architecture and exhibit space will be indicative of Canada’s North. It is set to open in late 2020.  The WAG also has countless exceptional works from Canada’s Group of Seven, excellent paintings from the late Gothic and early Renaissance periods, along with works of photography and more.

Other notable galleries in the city include the Plug In Institute of Contemporary Art — where you’ll be confronted by thought-provoking works in a variety of mediums, numerous galleries in the Exchange District like Mayberry Fine Art and Gurevich Fine Art, while Assiniboine Park is home to the Leo Mol Sculpture Garden and WAG@ThePark, both of which have outstanding works by two the city’s most celebrated artists, Leo Mol and Ivan Eyre, whose works (particularly in the medium of sculpture) you can find all over the downtown core.

Of course, new visitors to the city will naturally be drawn to our most spectacular building, the Canadian Museum for Human Rights (CMHR), where a lengthy visit is a must. Whether you take a guided or self-guided tour, the CMHR will draw you through a journey that literally ascends from darkness to light, with 10 awe-inspiring, sometimes harrowing, and always-interactive galleries presenting human rights issues from across the globe and through the ages.

For a slightly more localized trip through time, make your way to the Manitoba Museum for an immersive experience, featuring breath-taking world-class dioramas, a digital recreation of an ancient sea, and a vibrant reproduction of 1920s Winnipeg including a black and white cinema playing Charlie Chaplin films. With nine galleries to enjoy, an adventure awaits around every corner!

We must also mention our headline-grabbing Warming Huts, which have been covered by publications from all over the world including The New York Times and countless European architecture and design magazines. These structures can be found all along the skating trails.   Famed designers, architects and artists — including Anish Kapoor, Frank Gehry and Tanya Tagaq — have all had works out on the ice, while new structures come up each year — the results of an international design contest awarded by jury.

A tremendous resource for discovering Winnipeg’s central, creative hub (which spans from downtown throughout the historic Exchange District) is through Design Quarter Winnipeg. This non-profit, via their website [www.designquarterwinnipeg.ca], social media, and physical maps (which you can pick up at our office, the Travel Manitoba Visitor Centre, and The Exchange District Biz office) has curated detailed guides to the locally owned and design-driven shops, restaurants, and businesses that constitute a walkable hub awash with creativity and innovation. They also host their own events throughout the year that provide a showcase for all the creative and aesthetically pleasing businesses and arts groups found within central Winnipeg.