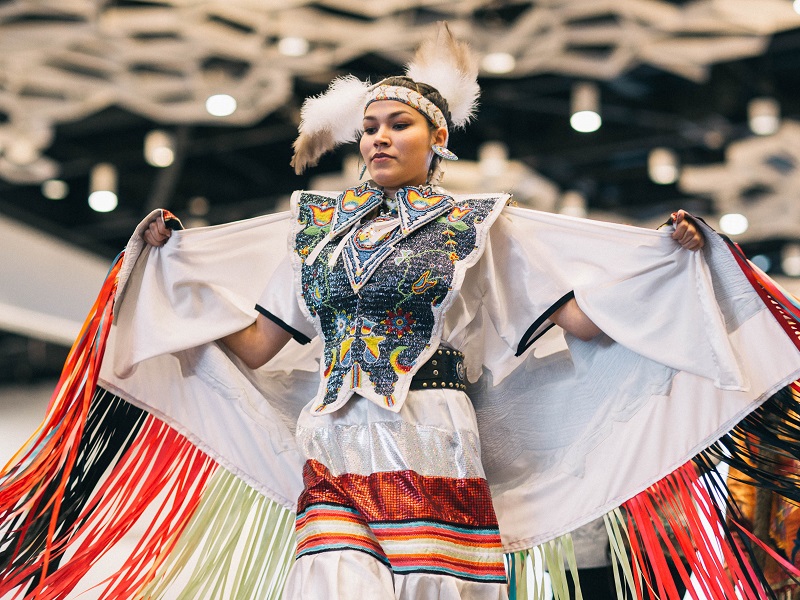 
Welcome to Treaty One Territory

Winnipeg is located on Treaty No. 1, the original lands of Anishinaabe, Ininiwak, Anishininiwak, Dakota, and Dene peoples, and on the homeland of the Métis Nation.

Begin with a visit to the Canadian Museum for Human Rights, which brings to light various Indigenous rights issues with galleries on residential schools and their legacy, MMIW (REDress Project), and the Indian Act. Here, you can also join the Mikinak-Keya Spirit Tour, which is delivered by Indigenous guides trained by Elders and offers insight into the Seven Sacred Teachings of three cultures through story-telling and art.

At the Manitoba Museum, you’ll discover the history of Manitoba’s Indigenous people through artifacts, exhibitions and stories, including the gallery We Are All Treaty People, where Manitoba’s treaty medals are on display. A 1.5 hour guided tour introduces the history of treaty making in Manitoba and encourages participants to reflect on the spirit and intent of treaty relationships.

For more Manitoba history, explore Lower Fort Garry National Historic Site, where Treaty No. 1 was signed in 1871, and Upper Fort Garry, an important site in the Red River Rebellion and the Métis resistance.

The Winnipeg Art Gallery is an important stop for anyone looking to learn more about Indigenous art. It houses the largest public collection of contemporary Inuit art in the world with over 13,000 works. Next door, the WAG Inuit Art Centre will open in 2020, featuring a stunning glass vault three stories high and filled with thousands of Inuit carvings, plus an interactive theatre, and hands-on workshops.

For outdoor adventurers, try an Indigenous-led bicycle tour with Traditional Trails, where you’ll pedal to places of Indigenous significance within Winnipeg. These bike tours highlight the oral history of Treaty One territory, Métis history, and current Indigenous-led activism.

Parks Canada presents the 6,000 Years in 60 Minutes tour, on which you’ll explore The Forks site while learning the Indigenous and fur trade history of the area. Assiniboine Park Zoo offers the All My Relations tour, which highlights cultural perspectives on the interconnectedness with nature and the land from the Ininiw, Anishinaabe, Métis, and Inuit cultures.

Other tours of interest include the National Centre for Truth and Reconciliation, where you can learn about the history of residential schools through documents and artifacts including a sacred Bentwood Box, The Forks Oral History Tour led by elders, and the Aboriginal Peoples Television Network (APTN) headquarters, the first Indigenous broadcaster in the world.

Join in the festivities of the annual Indigenous Day Live, or witness hundreds of dancers at an International Pow Wow as part of Manito Ahbee Festival. Other incredible events throughout the year are the Wall-to-Wall Mural & Culture Festival, Sākihiwē Festival, and the Winnipeg Aboriginal Film Festival.

Hungry? For a modern take on traditional Indigenous food, be sure to stop by Feast Café Bistro, where you’ll find local favourites like bannock pizza, bison burgers, chili, and Indian tacos on the menu.