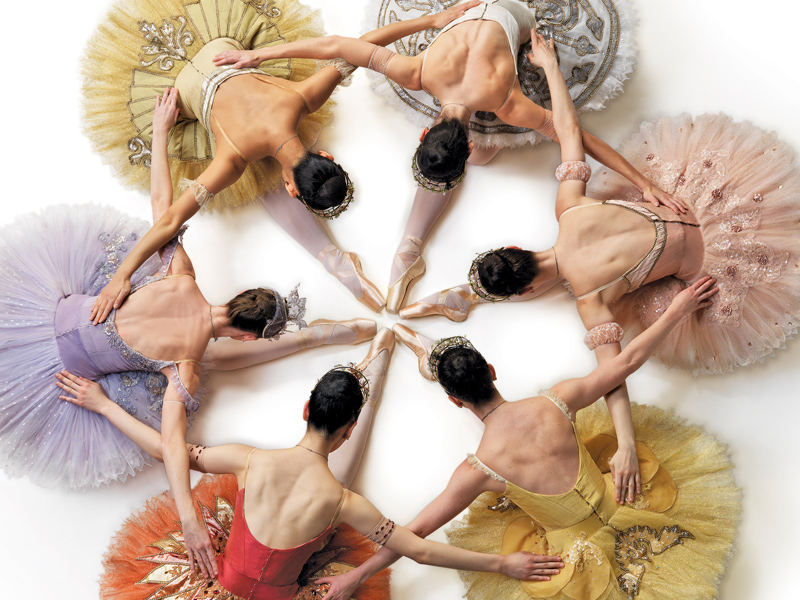 Winnipeg is known as “the cultural cradle of Canada,” so no matter what time of year you visit we guarantee your artistic appetite will be well fed.

For starters, nothing seems to ring in the warm air like a new season at  Rainbow Stage, Canada's largest and longest continually-running outdoor theatre company located in picturesque Kildonan Park.

During the summer, the  Winnipeg Symphony Orchestra (WSO) takes their sweet sounds out of the Centennial Concert Hall to open-air venues like  Assiniboine Park’s Lyric Theatre and The Forks’ CN Stage and Field. In particular on Canada Day, the CN Stage hosts an incredibly diverse concert, the culmination of which sees the WSO playing alongside noteworthy local bands as fireworks pulsate above The Forks.

For more sweet sounds and scenes in the great outdoors the  Lyric Theatre at Assiniboine Park provides an ideal setting for the whole family (or a special date). Set up a blanket or some folding chairs and catch Canada’s Royal Winnipeg Ballet (RWB), who perform for free as part of Ballet in the Park in July, while from June to August you can experience up to 30 free concerts and events – including films, performances from the WSO, and various other acts – as part of the Casinos of Winnipeg Summer Entertainment Series.

Now this being Winnipeg – a city with arguably more live music per capita than any other Canadian city – there will always be other forms of live music to be had at smaller venues across the city. Downtown a local favourite is the  Times Change(d) High and Lonesome Club, whose tiny honky-tonk room on Main Street has seen some of the best blues and folk artists in North America, while the West End Cultural Centre has always been a vocal supporter of the arts. Newer places include The Good Will Social Club, which seriously features live music (or some kind of happening) every night. (For a complete listing of shows in the city check out this Live Music Calendar  from our friends at Manitoba Music.)

Music festival fans are also in their element in Winnipeg during summer. The big daddy event of them all is the  Winnipeg Folk Festival (July 9 -12), an annual cultural extravaganza held at Birds Hill Park brimming with culture, song, dance, and artisans (the Folk Fest peeps also put on monthly concerts around the city #hearallyear). On the outdoor concert front there is the TD Winnipeg International Jazz Fest ival (June 16-21), which sees multiple lively free shows at The Cube stage in The Exchange District (along with primetime shows at venues throughout the city), while the Cube also hosts the annual Soca Reggae Festival (July 10 - 12), and MEMETIC – the Manitoba Electronic Music Exhibition of Technology, Innovation and Creativity (August 13 - 16), which features a host of live DJs.

For Winnipeg theatregoers the marquee summer event is the  Winnipeg Fringe Theatre Festival, which pretty much turns the entire Exchange District into one massive performance piece from July 15 - 26. More than 180 companies from across Canada and around the globe will be bringing their plays to venues around the theatre district, while outside, centred around Old Market Square, you can catch live music, street performers and other out-there forms of entertainment from noon to midnight.

A uniquely Winnipeg theatre experience is  Shakespeare in the Ruins, which sees the St. Norbert Ruins – a completely outdoor venue – serve as the stage for some of the Bard’s best.

The Winnipeg Art Gallery (WAG) is always a wise choice in the summertime (and anytime!). The WAG is home to over 25,000 works, spanning the late Gothic period to the present in a variety of mediums. Included in this is the world’s largest public collection of contemporary Inuit Art, which encompasses over 13,000 pieces, representing nearly every community in the Arctic.

Throughout The Exchange District and downtown several other galleries of note should also be on your agenda. This includes  Urban Shaman – an Indigenous artist-run centre that specializes in contemporary Indigenous art; and cre8ery and Plug In Institute of Contemporary Art – featuring everything from video installations to works from up-and-coming and internationally acclaimed artists.

An incredible one-of-a-kind festival that needs to be on your Winnipeg summer agenda is  Manito Ahbee (May 13-17), which celebrates Indigenous heritage and culture with events that educate, unify, and above all, inspire. It begins with the lighting of the sacred fire at the Oodena Celebration Circle at The Forks (May 14), a ceremony guided by elders from across Turtle Island where offerings of tobacco are made accompanied with music and dance. The other big public event at Manito Ahbee is the International Pow Wow (May 16 - 17) at the RBC Convention Centre. Over 800 dancers in brilliant regalia will compete in numerous categories in what is Canada’s largest – and North America’s second largest – pow wow, while drumming and singing from some of North America’s best drum groups is sure to inspire awe.

Another impactful event in Winnipeg is  Indigenous Day Live (June 20), an annual celebration put on by the Aboriginal Peoples Television Network (APTN) at The Forks. This year marks the 10-year anniversary, where live bands, food vendors, a pow wow, artisans, and fireworks celebrate Canada’s Indigenous communities.

If you’d like to do some globetrotting for two weeks in August, look no further than  Folklorama, (August 2 - 15) the world’s largest and longest-running multicultural festival. For 51 years Folklorama has been celebrating diversity through the creation of pavilions which are run by nations from around the world. Within these pavilions, which are located across the city, you can immerse yourself in the heritage and splendour of the host countries through food, dance, drink and live entertainment.

Finally, because Winnipeggers love a bargain –  visitors will fit right in when they find one too – you can download the  Culture Card app, which will save you on ticket prices, accommodation, and purchases with Canada’s Royal Winnipeg Ballet, the Winnipeg Symphony Orchestra,  Alt Hotel, and Boon Burger.