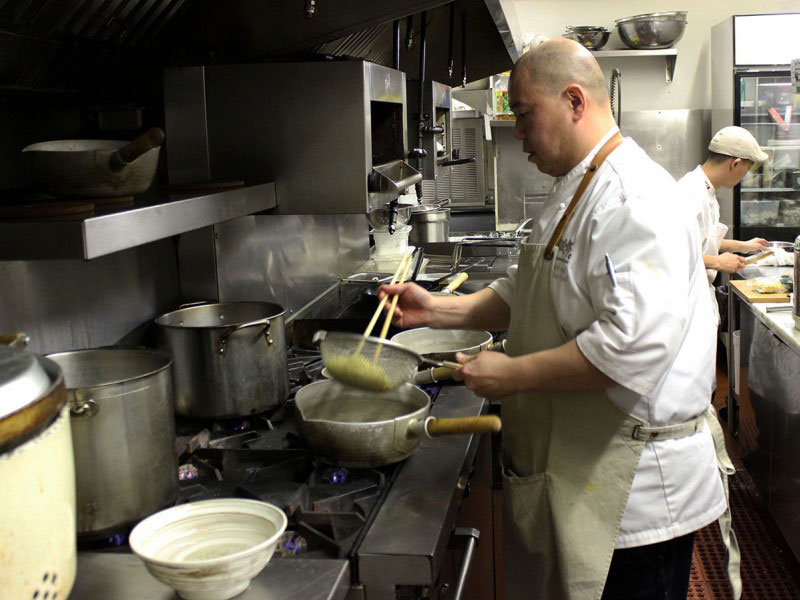 Lam has consistently set the gold standard for Japanese cuisine at Yujiro. During lunch, you can often find a lineup outside the door as diners wait their turn for his near-legendary ramen bowls, which, in the words of Lam, are “crazy, pungent, spicy ramens.” These hearty bowls utilize numerous broths and condiments, often drawing on the chef’s culinary and ethnic background – he’s from Hong Kong and has created a chili sauce that pays homage to his parent’s hometown of Chaozhou in southern China.

At dinner, Yujiro’s selection of sushi, sashimi and izakaya-style dishes are expertly crafted, while the chef also frequently puts on lengthy omakase dinners (tickets must be purchased in advance) that sell-out fast.

The team behind Yujiro, which includes the affable owner Esther Lo, has also just opened a second location called GaiJin Izakaya (2 - 1575 Regent Avenue), which serves ramen all day along with a fine selection of izakaya dishes.

Along with Yujiro being named as the reader’s choice for best Japanese, Lam was also a 2017 Wester Living Foodies of the Year finalist.

Check out some of Ed's favourite Winnipeg spots: