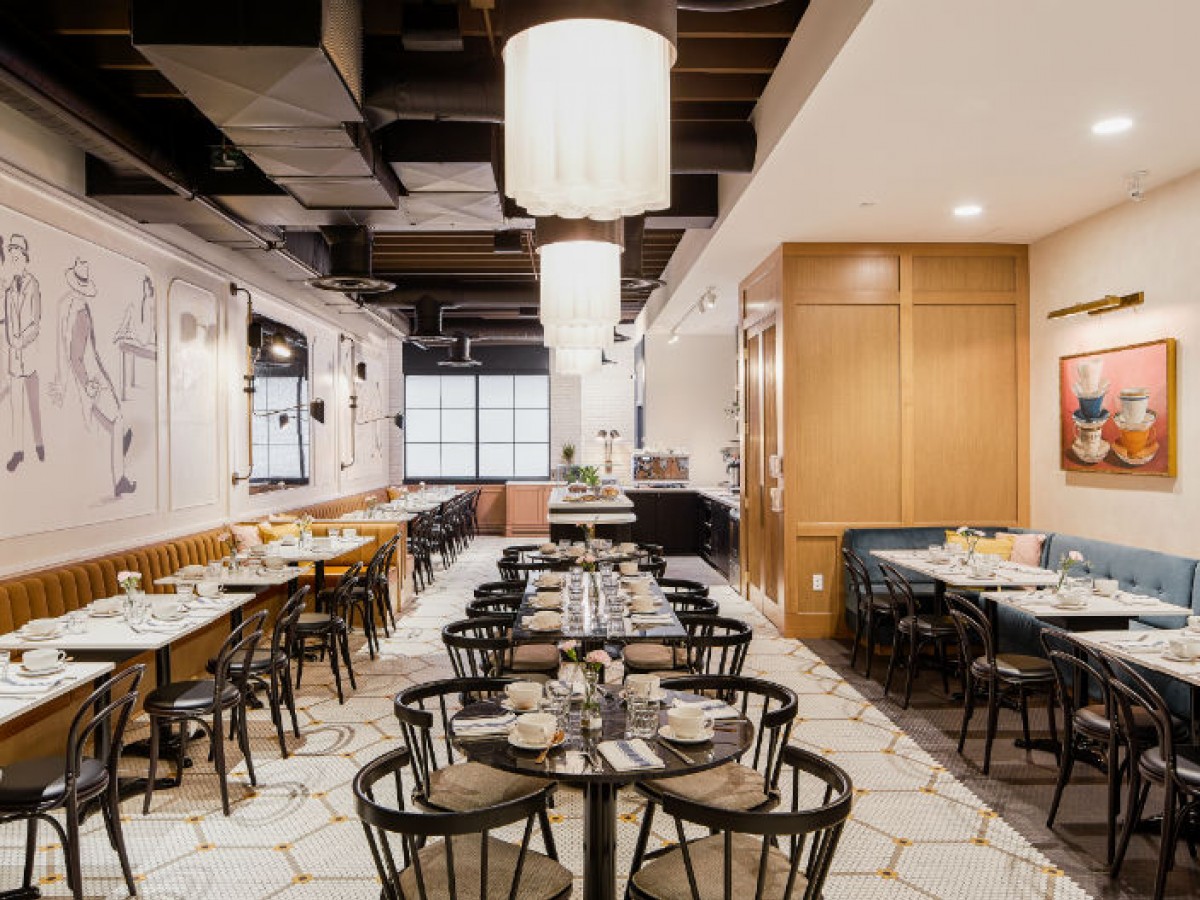 To spin what Dr. Dre might say, The Norwood is up to some good.

The Saint Boniface hotel is about to open two new restaurant concepts – Pauline and The Wood Tavern – in rooms so handsome they could make the pages of Architectural Digest.

But considering this is a Sparrow Hotels property, whose portfolio also includes the hotels Inn at the Forks and Mere, along with the restaurants SMITH and ERA Bistro at The Canadian Museum for Human Rights – not to mention Riverstone Spa, this adherence to gorgeous interiors should come as no surprise.

Pauline is a brunch spot with an aesthetic that pays homage to the restaurant’s namesake, Pauline Boutal (1894-1992), who was a French-born Winnipeg artist and theatrical designer. Along with being the artistic director of Winnipeg’s Cercle Molière Theatre for 27 years, Boutal was also the fashion illustrator for the Eaton’s catalogue for 23 years, particularly through the 1920s and 30s.

Her work during this time period is the aesthetic that the designers – Calgary’s FRANK Architecture + Interiors, who are also responsible for the new look of Pizzeria Gusto from a few years back – have embraced for the space, creating a room that harkens back to a 1920s Parisian bistro.

One side of the room has Dijon-yellow banquettes while the other has a powder blue one, both of which service white granite two-and four-top tables with those iconic oval-shaped French bistro chairs. Running down the middle of the room are circular black granite-top tables that seat four, while everything is laid over charming white hexagon-shaped tiles. The walls are white with copper lighting accents, while black and white illustrations that pay homage to Boutal’s catalogue work graces the walls, leading to a café counter at the back of the room.

Breakfast features the usual suspects in the way of hashes, Benedicts, and omelettes, along with a selection of open-faced sandwiches, bowls, and freshly pressed juices. The coffee is fair trade. There’s also a selection of wines available by glass and bottle, and brunch cocktails too, of both the boozy and non-boozy variety.

If you are entering Pauline from the hotel lobby (both restaurants also have street entrances), it is on your left. The shiny chromed-out open kitchen – which serves both restaurants – is immediately on your right. The kitchen is hard to miss, particularly during service as it literally radiates heat via the massive wood fire oven used for many items on The Wood Tavern’s menu.

In contrast to the crisp whites of Pauline, The Wood is dark and rich, with brown textured walls on one side and brick on the other, both featuring dark green banquettes. Many of the chairs are originals from when the room was the dive bar version of The Wood, but they have been refinished with a handsome cognac leather surely at great cost. Communal-style seats run across one length of the room.

Another item from the previous space is a large voyageur-themed wood work, painted charcoal to give it a new lease on life.

The large main dining room seats 85, while at the back you’ll find a private dining room that seats 14 with whimsical woodland-themed wallpaper replete with foxes and some folky art on the walls. It’s pretty much like walking into a Wes Anderson set for a film about a moustachioed man whose hobbies include chopping wood and entertaining an assortment of small woodland animals for tea.

There’s also another much larger private room that can hold 50 just off to the side, while they’ve hidden the VLTs (another holdout from the previous space) in a separate area that will now be called the Carousel Gaming Lounge. This lounge has its own sexy bar too with a cedar ceiling and another tile floor reminiscent of the old space.

When you enter The Wood Tavern from Marion Street, you’re met by a long bar whose taps pour nine local beers, much like at SMITH which has one of the city’s best local draft selections. SMITH also has one of the city’s best craft cocktail programs, something that will continue here. Several flat screens are found behind the bar, ensuring the lounge works as a place to watch the game.

Given this cooking apparatus, which will burn oak and pine, the menu for the Wood Tavern flexes with plenty of smoky carnivorous options, like a soy-glazed half chicken, Andouille sausage, and Atlantic salmon (all of which come with seasonal sides), a roster of burgers, and ribs that are smoked first before being finished over the charcoal. There will also be more entrees on top of this, and a selection of bar snacks and small plates.

With the street entrances off Marion Street to all the spots, along with large windows that invite you into the spaces, there’s no shortage of curbside appeal. Plus, the neighbours include Black Bird Brasserie, Mrs. Mike’s burger shack, Pasquale’s Italian Ristorante, and Le Croissant further down Tache Avenue, ensuring the whole area continues to progress as a welcoming, walkable culinary destination.

Both rooms are set to open very shortly, perhaps as soon as the end of this week, so be sure to follow Pauline and The Wood Tavern on Instagram for the latest updates.