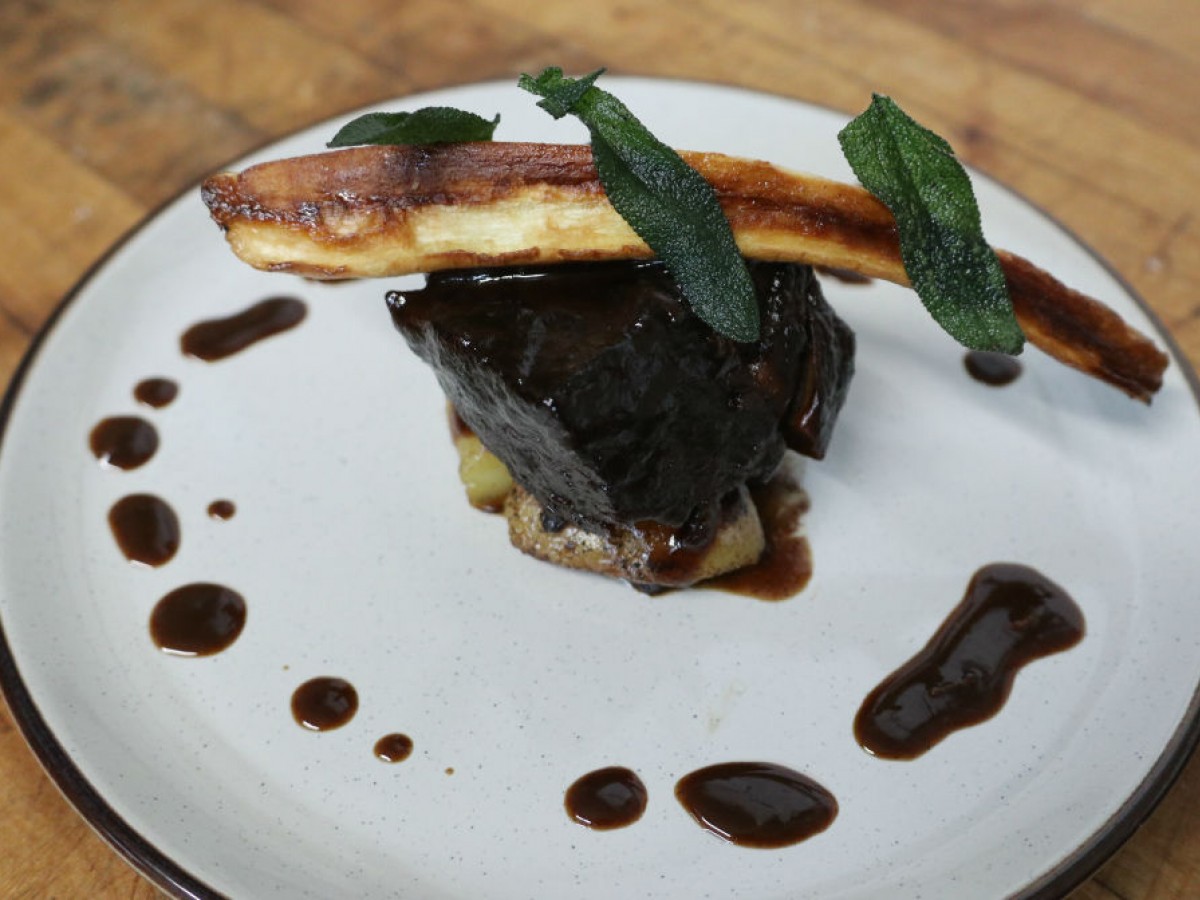 A new pop-up experience, which could very well turn into a new food series in the city, is providing a platform for local Indigenous chefs.

It’s called Ishkode, which means fire in Ojibwe and Cree, and will be staged at The Cloakroom (full details below), from Oct 22-26.

One of its organizers is restauranteur Noel Bernier, who is Métis and originally from Fisher Branch, Manitoba. One of his purposes in cultivating this event is to rectify a glaring absence of recognition for Indigenous chefs who are working, catering and teaching here in Winnipeg.

“Indigenous chefs have not gotten any profile for any cutting-edge projects because there just haven't been many opportunities; however, these chefs exist in the industry en masse,” said Bernier.

“So Ishkode is really meant to bring light to as many Indigenous chefs in our community as possible, and to provide them a platform to produce creative modern cuisine from an Indigenous inspiration.”

Thus far, there are four chefs for this series, including Glenna Henderson, Steven Watson (whom we have interviewed below) and Melissa Ubran Brownee, while Bernier has a total of 10 Indigenous and Métis chefs looking to get involved should the series expand.

These dinners, which are adhering to a theme of pre-colonization, are also meant to help these chefs (and their diners) explore just what Indigenous cuisine is and perhaps could be.

“Who can define what modern Indigenous cuisine is?” said Bernier. “Not someone who studies it. It can only be defined by the people in those communities, representing their own heritage.”

The other organizer is Kyra Wilson, an Anishinaabe social worker who provides advocacy to First Nation families that are involved with Child and Family Services within Manitoba.

Throughout the seven-course dinner Wilson will, to quote Bernier, “Be leading cultural learnings and talks on food sovereignty, so our guests walk away with an enhanced educational experience about Indigenous culture, rather than just a single dimension on what’s the food about.”

Below, we’ve decided it’s best to let chefs Glenna Henderson and Steven Watson explain their cooking backgrounds, stories and reasons for participating in their own words. 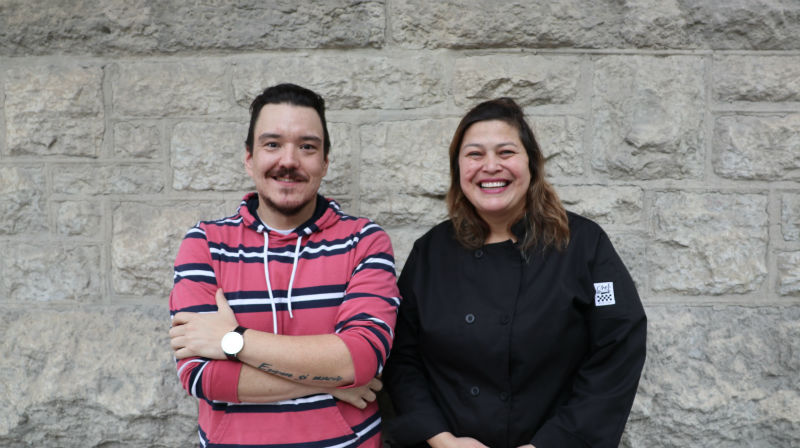 For Ishkode, two of her dishes involve wild rice – one being a cold wild rice salad with blueberries, cranberries and pine nuts, with plenty of acidity and sweetness from a dressing that uses raspberries, along with a creamy wild rice soup with local vegetables.

Why is wild rice an important ingredient for you?

The reason I use wild rice a lot is because, from the age of two, we were going out to get rice in the boats – we have pictures of me in the rice piles on the canoes – so that was a big thing for our family, and also to fish.

We would smoke fish underground, digging a hole and smoking whitefish. I can also remember my grandma getting the caviar out of sturgeon and putting it in bucks then bringing it into the city to sell. So there is a lot of history there; that’s how they survived before social assistance and different things that took over the community. We were really self-sufficient. And I’m only 46 now, so this was just 40 years ago they were still doing this to survive. 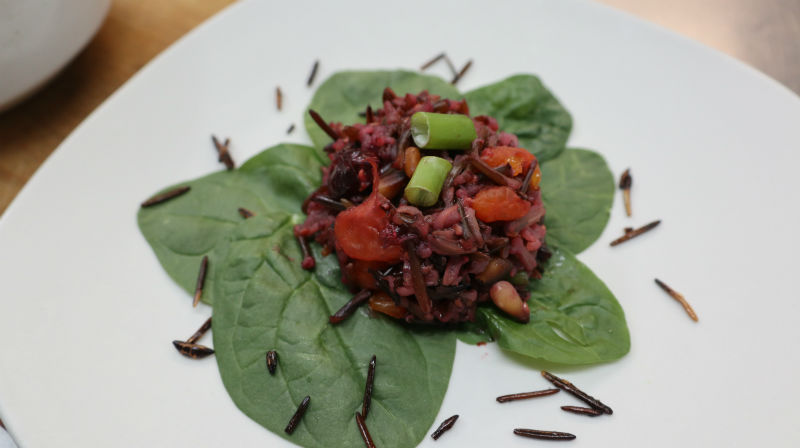 Where did you learn how to cook?

Teaching came from a young age. One of my grandmas was in a wheelchair and she’d get me to bring her all the ingredients so she could make bannock in her lap. People would come visit her, during her last years when she lived with us, and they would bring big things of fish and wild meats and so I had to learn. I had to learn [to cook with these] because she couldn’t get up and go to the kitchen anymore. So she would be like, ‘Don’t do it like that, do it like this. Brown this meat, do this.

That’s why my business is named Cookem – that is “grandmother” [kokum in Cree], and my dad’s mom is Daisey… she had the food knowledge that I was taught.

Why are you taking part in Ishkode, and what do you want people to take out of it?

We want to be able to share these things and we want to be able to market them. [For instance] I want to say this is not rice as you would know it. This is a grass, and it has fibre and complex carbohydrates – things that are healthier. This is something my kids didn’t even know. We lived down south until my kids were seven and 11 and they had never had wild rice, because where would you find it? Now it’s part of their diet, and they are 18 and 20. Even for them to say, ‘This is what mom learned when she was little,’— you want to be able to pass it on.

If you [local restaurants] have an interest in Indigenous foods, if you want to start incorporating them into your restaurant, bring us in. There’s probably 50 to 100 Indigenous Winnipeg cooks who would be really happy to do that. 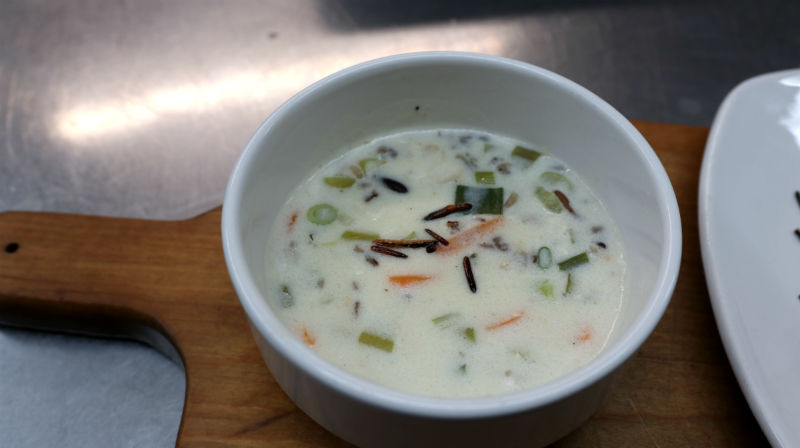 Steven Watson is a culinary instructor at Commonwealth College in Winnipeg. Watson was born in Thompson, and moved to Winnipeg as a child. He’s been a chef in Winnipeg for 20 years, a number of those being with WOW Hospitality (namely 529 Wellington and Green Gates). He was also on the team that opened Brazen Hall, he’s cooked at Chateau Lake too and various other spots.

One of his grandmothers is from Peguis First Nation, but she was part of the Sixties Scoop, while his great uncle is Senator Murray Sinclair, who was the Chief Commissioner of the Truth and Reconciliation Commission.

How did you get involved with Ishkode?

I actually saw a Facebook post about it, so I approached them [Noel and Kyra]… I’ve been doing this kind of food for a while now. For two-and-a-half years now we’ve been researching Indigenous food. We created a menu for it we call 1491 [at Commonwealth College], which is only ingredients found here before 1491.

When we say local we mean, ‘Could you get it here 500 years ago within reason?’ So we are not getting salmon here 500 years ago, but pickerel, whitefish and teas and herbs and vegetables and of course, bison and elk and different things that we can do.

Where did you get this idea?

It came up after we were asked to do a function that was a food sovereignty summit for Indigenous people through Four Arrows. They wanted to do a food sovereignty summit because there are obviously major issues with food on reserves, due to various reasons…  So we had to ask ourselves, ‘Well, what is Indigenous food?’ And sure, we talked about bannock and bison stew, but admittedly that’s more Scottish, French and European.

The Italians, French, Chinese, Japanese – they’ve all had hundreds upon hundreds of years of food culture development. Here for the Indigenous that could never happen; it was gone, it was stripped. It would all have ended a few hundred years ago due to colonization. So we’re trying to think what would happen next here, if we could go back. 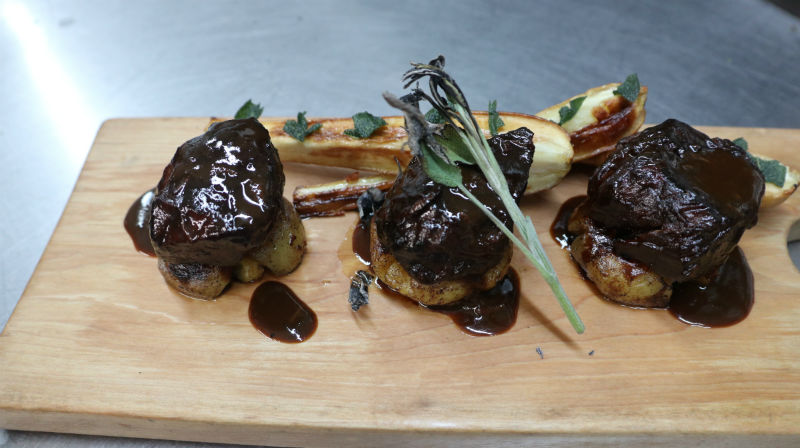 What are the inherent challenges, and what are some dishes you are working on?

We’ll do things like smoked whitefish with wild rice, and bison with berries, wild onion tobacco, sage – which we fry and which we’ll also burn some sage. This will be to an ode to smudging and that other culinary trend of aromas that maybe aren’t familiar to the actual food itself, like how they will burn oak leaves in the Midwest [like Chicago’s Alinea] to make you think of autumn. It’s the same kind of idea, anyone who has been to a smudging will know that smell… so that’s what we are trying to do.

We also thought, what does bannock mean 500 years ago? Well it’s not flour, baking powder, salt and sugar; it’s whole grains ground with berries and nuts, and the fats can only be animal fats.

We use a lot of duck fat, which is fine, it’s delicious, but our big problem is salt. We can’t find a way they would have had salt. So for a sauce, instead of thickening it with a roux and salt to heighten flavour, we have to reduce it, which is expensive. Now your sauce is using two litres of bison stock. But that’s fine, because it brings out all sorts of flavour. It’s bitter and sweet because of the berries; it’s got all these cool flavours in there and the texture is almost like a monté sauce [think a Hollandaise] – but then again it has no butter.

Why are you taking part in Ishkode, and what do you want people to take out of it?

I learned to cook from my grandma, but because she was part of the residential school system and became Catholic, her cooking was very Ukrainian… She became very Western and completely lost the Indigenous side. So, my whole life was not knowing what that was.

These past few years I’ve been getting back into it, trying to find what I can do to reclaim that a little bit. I can’t follow Truth and Reconciliation like my great uncle – I’m not a judge or a senator. I’m a chef and I can cook, so what can I do there – and that’s [what is also] lacking: True Indigenous food.

It’s great to see and join Glenna and Melissa, and other people that are now doing this stuff.

Ishkode Indigenous Pop-Up runs from Oct 22-26 at The Cloakroom - 200- 70 Albert Street, 6 p.m. to 11 p.m. Tickets available here. Tickets are available with or without wine/beer pairings, while the organizers are also putting aside a select number of seats for elders and youth to participate at no cost.


*note: Interview answers have been edited for length and clarity.