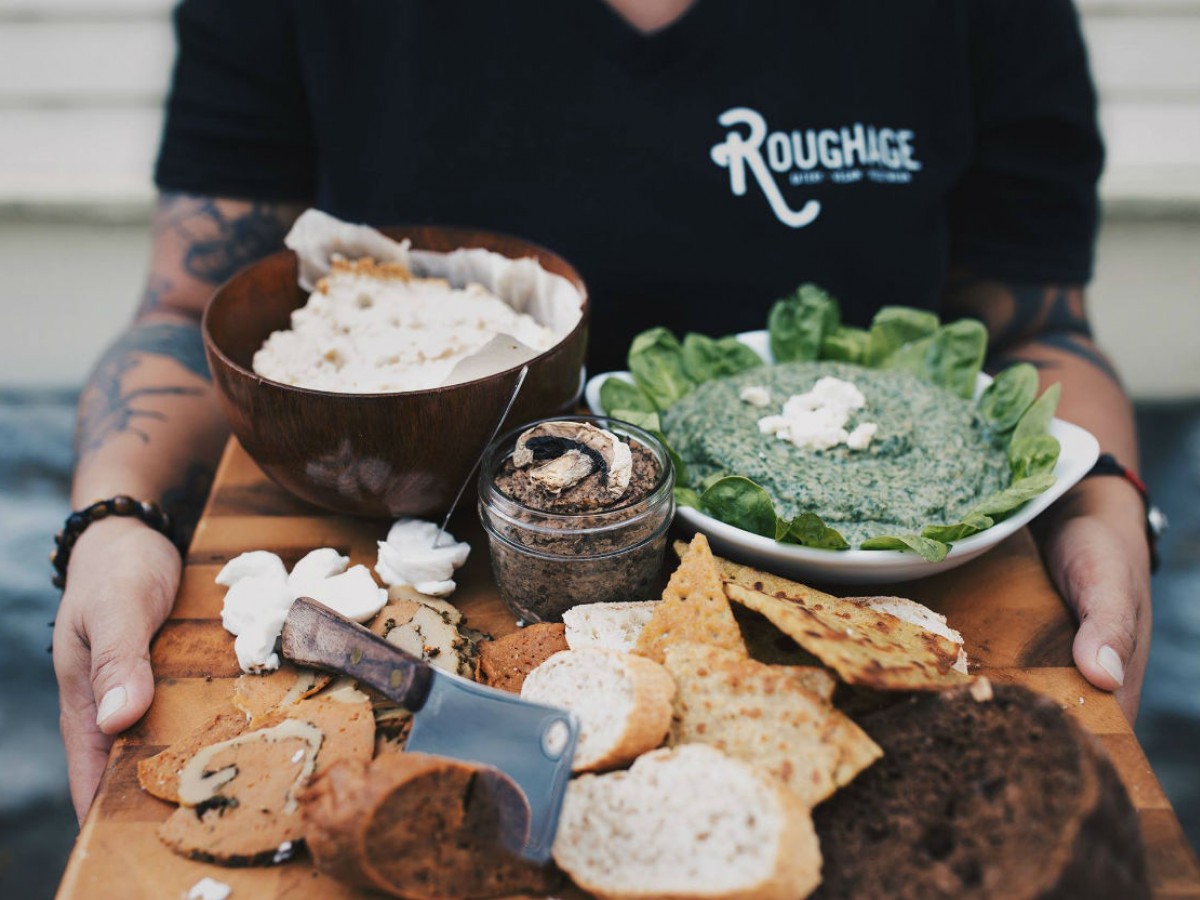 It looks like decorative gourd season is also bringing with it plenty of delicious dishes you'll want to squash.

While we can't exactly promise pumpkin and spice below, we do have a brand-new vegan restaurant, an Indigenous pop-up experience, one of Winnipeg’s most anticipated openings, and a pretty posh annual culinary event to boot.

While it’s perhaps the newest restaurant on the Winnipeg scene, the chefs/owners of  Roughage Eatery – Jessie Hodel and Candice Tonelete (who have also been married for seven years) – are no strangers to the city’s culinary scene. For the past two years they’ve brought their Roughage concept to pop-ups, farmers’ markets and events across the city, serving some of the most flavourful vegan comfort cuisine we’ve had.

As of September 14, they now have their own tiny restaurant (it holds just 10 people) on Sherbrook Street in the former location of Khao House. (Opening day was actually so busy that they ran out of food, so let it be known that the hype is real!)

Everything here is vegan and made in house, including the cheeses — all of which are made with nuts (primarily cashews) and zinging with flavour via plenty of acidity and herbs, and charcuterie – which is made with seitan (wheat gluten). Their use of seitan is particularly impressive, mimicking the texture of meat for dishes like the Vegan Cheeze Steak ($12) and UnTurkey while having plenty of depth too.

While chef Christa Brunea-Guenther’s Feast Café has done much for Winnipeg's Indigenous food scene (including her recent appearance on MasterChef Canada, and all the national publications she’s been featured in), Indigenous cuisine is still so underrepresented in the city and on the national food scene.

On that note, mark your calendars for October 22-26, when diners will be introduced to chefs representing several Indigenous and Métis communities. Ishkode Indigenous Cuisine Pop-Up takes place over five nights, with one seating per evening. The event will run as 7-course meal inspired by the theme of "pre-colonization.” Participating chefs thus far include Melissa Ubran Brownee and Glenna “Cookum Daisy” Henderson, while the event will be hosted by Kyra Wilson and Noel Bernier. There will be art by Dwayne Bird and Nicole LeClair, along with performances and discussions on food sovereignty.

Tickets are available here (two options, with or without wine/beer pairings) while the organizers are also putting aside a select number of seats for elders and youth to participate at no cost. The event is being held in The Cloakroom, a beautiful new event space in a heritage building in The Exchange District, which overlooks Albert Street and McDermot Avenue.

One of the city’s most anticipated new openings will be the food and beverage hall at True North Square.

Whomever curated the Hargrave St. Market did a dandy job, as the kiosks will feature Miss Browns – whose sandwiches and brunch dishes are so good they can bring a tear to one’s eye (yes, the smoked brisket with brie, chimichurri and wilted greens was that good, okay?!); Saburo Ramen & Donburi – a new concept by chef Ed Lam and his crew of Yurjiro and GaiJin Izakaya; and Fools & Horses coffee – their third location, lord love a modbar.

Two more kiosks are concepts by  Academy Hospitality (Pizzeria Gusto, The Merchant Kitchen; the executive chef of which is Jesse Friesen, the two-time Gold Medal Plates Winnipeg champion - more on that below). Yard Burger will sling well-sauced beef, veg and chicken burgers (along with freshly cut fries) and The Good Fight Taco, will draw on The Merchant’s taco and bowls program to offer numbers that surely Diane Lockhart and Lucca Quinn would approve of (#LoveThatShow #JoinTheFight).

There will also be one full-service restaurant by Academy Hospitality called Gusto North where you can expect the chewy-yet-crunchy Neapolitan-style pizzas and pasta dishes you find at Pizzeria Gusto.

For drinks, they’ve brought in Kenora’s Lake of the Woods Brewing Company, which will have a brewing operation on the second level of the market, along with a retail store and tap room on the first floor, along with a bar (also run by Academy Hospitality) called Rose Bar, which will serve craft cocktails, wine, and local and imported beers on tap.

Rumour has it this could be open as early as mid-October, but don’t hold us to that.

On October 30 at the RBC Convention Centre, seven Winnipeg chefs will be competing for the right to represent the city at the Canadian Culinary Championships.

The annual event is called Canada’s Great Kitchen Party (formerly Gold Medal Plates), which serves as a fundraiser to provide youth with funds to excel in the fields of sport, music and cuisine, while providing a culinary showcase for local chefs, who will be putting their best dish forward (paired with a Canadian wine, beer or spirit) for a panel of judges.

Of course, you don’t have to be a judge to eat all the dishes. Your ticket also provides you with the chance to meet former and current Olympic athletes, along with taking part in all the beverage pairings. After the culinary competition, there will also be a concert featuring Jim Cuddy, along with Barney Bentall, Anne Lindsay, Bill Henderson, Devin Cuddy and Sam Polley, while the night’s emcee is gold-medalist and Amazing Race Canada host Jon Montgomery.

This year’s roster of chefs is quite impressive, with many former podium-placing chefs coming back for gold.

The gold medal winner will go on to compete at the Canadian Culinary Championships in Ottawa from January 31 to February 11, 2020, against 11 other chefs from across the country.