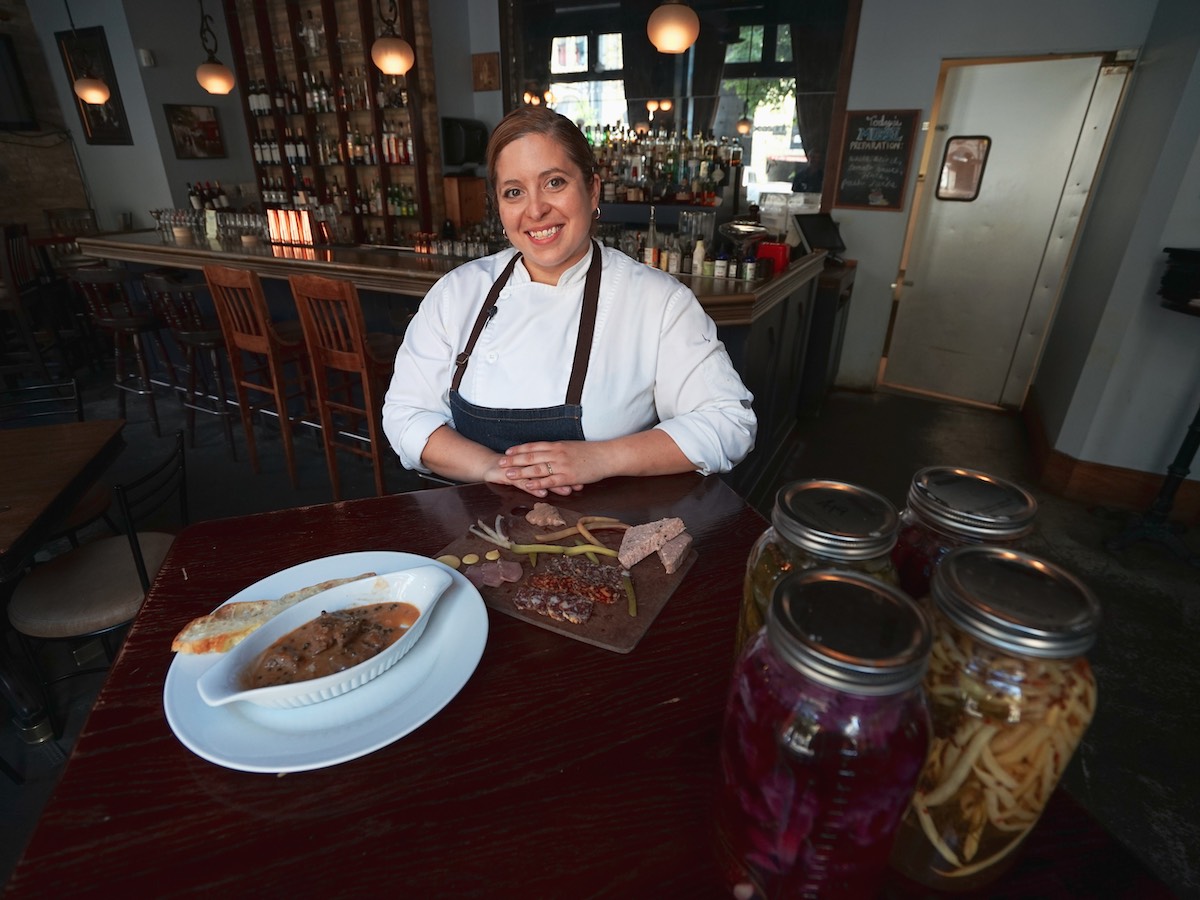 WATCH: Chef Melissa Makarenko dishing it up at Peasant Cookery

A born and raised Winnipegger, she did her culinary arts degree at Red River College (back at the old campus), before working for Fairmont for almost eight years. It was with Fairmont that she cooked at some of Canada’s most-picturesque and noted properties, including The Algonquin Resort in Saint Andrews by-the-Sea, The Queen Elizabeth in Montreal, Chateau Lake Louise and Fairmont Winnipeg.

From Fairmont, Makarenko made a name for herself here in Winnipeg for the past seven years at the always busy Resto Gare Bistro and Train Bar, including four years as the chef de cuisine. During that time, she has podiumed twice at Gold Medal Plates Winnipeg (which is now Canada’s Great Kitchen Party) – a bronze in 2015 and silver in 2016. Having been on the judging panel at both events, I can attest to how great chef Makarenko's dishes were, particularly the trio of wild boar in 2016.

Just three weeks ago she took over the kitchen of Peasant Cookery as the chef de cuisine, one of  WOW Hospitality’s most-noted and acclaimed restaurants (WOW’s other properties are 529 Wellington, Carne Italian Chophouse, Prairie’s Edge and Celebrations Dinner theatre, along with WOW Catering which, along with offsites, operates out of the New Millennium Centre and Masonic Memorial Centre).

During this time, on top of regular dinner and lunch service, she and her team have already shucked 2,200 oysters in three evenings (needless to say, Peasant’s buck-a-shuck Wednesday nights are popular, when the Village Bay Oysters are flown in from PEI the day of service), and pickled over 600 lbs. of vegetables, with another 600 lbs. coming in from local farms this weekend.

The menu at Peasant has always been about unfussy French bistro fare, using local ingredients in a manner that allows them to shine.

In the above video, chef Makarenko goes over this ethos, preparing a dish from the upcoming new fall menu featuring chicken livers in a brandy, pickled green peppercorn cream sauce, along with highlighting the picking program and Peasant’s near-legendary housemade charcuterie boards, which are begging to be picked at while you sip some rosé, or a craft cocktail, while seated on the well-appointed patio that overlooks Old Market Square.