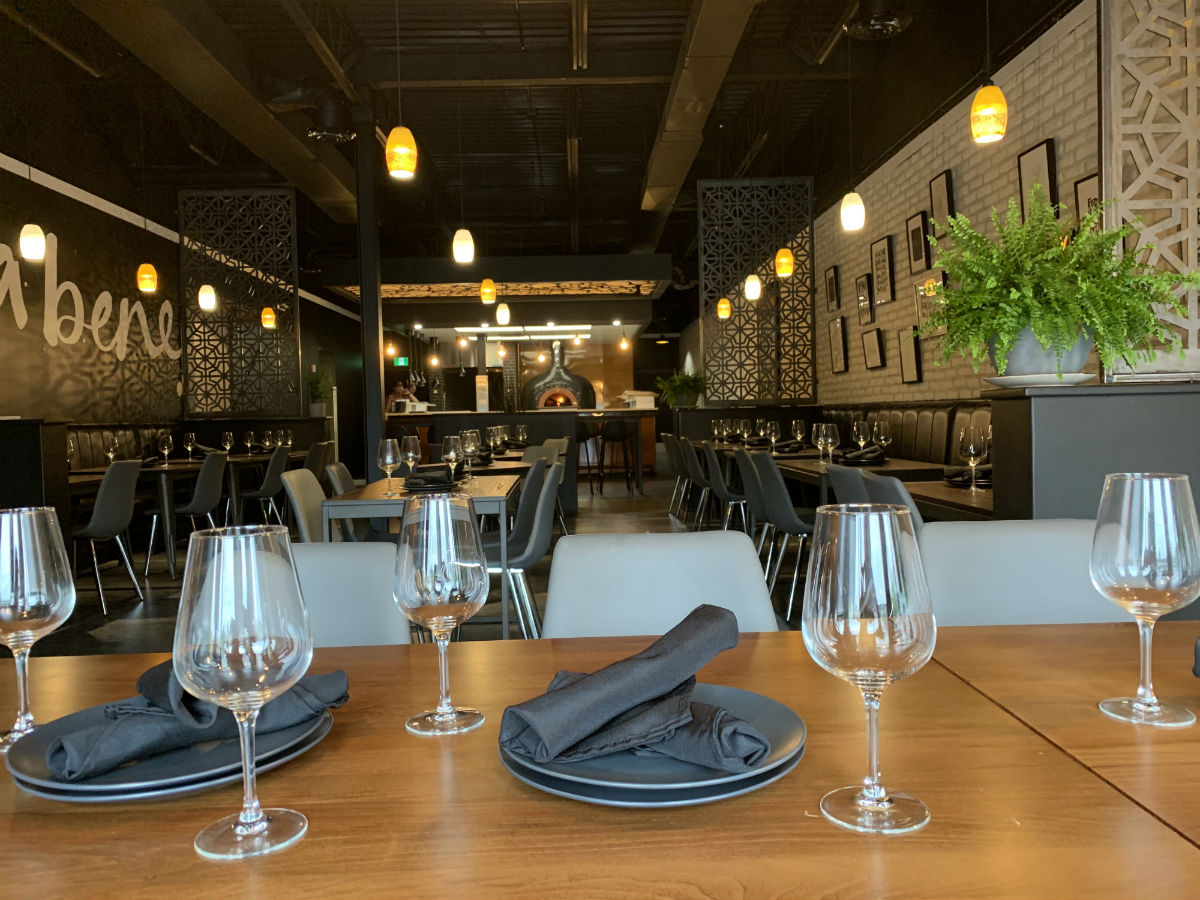 The start to this summer has been hot – just like these brand-new culinary offerings below are shaping up to be.

While it’s been quiet in regards to big restaurant openings these last few months, Charleswood has a striking new room that is looking to shine. On top of that, a River Heights culinary power couple is branching out with a third concept, this one in The Exchange District; there’s a new kiosk on the Esplanade Riel that is making absolutely killer crêpes; Winnipeg’s sweet tooth (and need for Instagram ready treats) just keeps growing; and you can now experience authentic Kyoto-style ramen as part of a four-course pop-up experience in the former location of Café Ce Soir.

So without further ado, here’s our roundup of a few of the new things you’ll find this July, progressing from savoury to sweet.

A new and welcome addition to Charleswood (the soft-opening was just two weeks ago), Osteria del Piolo (Tavern of the Peg) focuses on rustic Italian fare meant to share – much of it cooked over a wood-fired grill and within a wood-fired oven.

Owner Darcy Bruneau has put together a really sexy room here (see lede photo). One of the main accent pieces is located on the ceiling and is composed of cross sections of logs that he and chef Scott Malazdrewicz cut and put together by hand. There are plenty of black walls for accents – one of that features a large script from local artist Kal Barteski that reads mangia bene (“eat well”), while many framed works from Barteski (including ones that run with that tree ring theme) also grace the white brick wall running the length of the room where black banquettes support two-and four-top tables. Other design elements include raw steel lattice-like dividers in the dining room, while the exterior too is encased in a lattice-like design that looks pretty dope. There’s also an outdoor patio encased by a large wood fence.

From the majority of the seats you’ll see the open kitchen where large format meats meant for sharing from chef Malazdrewicz – like a bone-in 45 oz tomahawk steak ($70) and whole sea bream, both cooked over open fire – pizzas, and a few pastas make their way out. There are also a number of Instagramable share plates, like a gooey fried burrata ($17), and plenty of vegetable dishes that make use of the smoky notes from the oven and grill.

The tight wine list, which has been co-curated by Ellement Wine & Spirits, has a nice mix of Old World and Canadian wines (along with some bottles from Napa’s Charles and Charles #roseallday), they also do a number of craft cocktails and they only serve local beer.

Ramen lovers rejoice! A new summer pop-up concept has taken over the space that was once Café Se Soir and it’s pretty much a one man show from Atsushi Kawazu. While Kawazu has been living and working in Winnipeg for a number of years (he moved here 13 years ago to study international development at U of W), this Kyoto native recently moved back to Japan to learn the art of ramen making, which he’s now sharing until August 23.

Ramen Takeuma at Cafe Ce Soir is only running Wednesday through Sunday and can only be booked online. During each seating, diners will be treated to a four-course meal from Kawazu for $37.45 that includes goame, tatsuta-age (which is different from chicken karaage in that the crust is lighter, being composed of potato starch, while it’s usually served with Japanese mustard), a large bowl of ramen (differs nightly), and a light dessert.

So far,  the reviews are all raves, so book your seat today.

The stretch of St. Boniface that runs from Provencher Boulevard onto the Esplanade Riel is an embarrassment of riches when it comes to culinary delights.

Here, you have Chocolatier Constance Popp covering the sweet side of things; Dwarf no Cachette bringing the Tokyo kawaii experience with cutesy takes on ramen, donburi, and okonomiyaki; Promenade Café and Wine’s French flavours; along with Le Monkey Bar right on the bridge, which specializes in frozen, housemade vegan treats.

The Monkey’s new neighbour is Ker Breizh Crêperie, where you’ll find both sweet and savoury crêpes like you would in Brittany, France, where owners Yvonnick le Lorec and Ketty Pichaud are from. The couple has been dazzling customers with these crêpes since they first started appearing at The St. Norbert Farmers’ Market last year.

They recently won the eighth annual  Lion’s Den Grand Prix business competition in April and have since taken over the kiosk in late May to offer Winnipeg gourmands the chance to taste authentic buckwheat Breton crepes that are made with local ingredients right before your eyes.

Since late summer 2013, Red Seal chefs Kristen Chemerika-Lew and Kyle Lew have been doing some mighty fine things in their tiny restaurant  Chew (530 Waterloo Street) – along with becoming a family of four. Both have impressive resumes that include some big hitters in Toronto like Buca, One and Bymark, while their retention of a fanbase at Chew allowed them to take over the space next door in late 2014.

This second spot, aptly named  The Store Next Door, has become popular for breads, pastries, adorable cakes and locally made goods, which is the model they are now bringing to The Exchange District.

Lark, the couple’s third venture, will open in the next few weeks in the former location of Albert Street Cocktail. On top of plenty of baked goods and take-out foods, they will also store some higher-end grocery goods, which will be a welcome addition to the area that has plenty of culinary options – Lark’s immediate neighbours are Cordova Tapas and Wine and Amsterdam Tea Room to the north, and Shawarma Khan to the south – but not so much in the way of products to cook with.

InFerno’s Bistro, the St. Boniface institution that has been serving up French flavours since 2003 (and which also has a great courtyard-style patio), has now gone into the ice cream biz – right across the street from the bistro.

Dug and Betty’s serves an assortment of out of the ordinary small batch ice creams, with recent flavours including balsamic and black pepper, matcha, ube, and Ferrero Rocher. The premise also has a liquor license to boot, meaning soon you can also get adult-oriented sweet treats like boozy shakes and beer floats.

This place is also for the dogs – in the best way possible. It’s named after InFerno’s original chef/owner Fern Kirouac Sr.’s basset hounds (his two pooches also grace its logo) and they also serve cool treats for your four-legged friends.

The 20-seat café just opened yesterday (up until this point they'd been serving out of a take-out window), while they also have a patio too. The boozy creations should come into play soon once the license is finalized.

Located in The Maples, The Icing Castle’s cloud-centric interior design is #adorbs and is only outdone by its bingsu and halo-halo (Korean and Filipino shaved ice) creations, which come in a range of flavours from tiramisu to melon to meringue. Some of these are served in cups, while you should also look out for specials that will see their bingsu creations showcased in mini watermelons and such. They also serve cones, some of the kwaii-ist meringues you’ve ever seen, along with an espresso bar utilizing beans from De Luca’s.

Chef/co-owner Eumi de Jesus is a graduate of Red River College’s Culinary Arts program (the other co-owner is Eumi’s aunt, Amelia Co-Ping #familybusiness) while at their soft opening on July 8 they sold out of everything by 7:30 p.m., so it looks like we have a hit on our hands.

Here’s the  Facebook for hours and more, while their website (which soon will be updated) is available here.