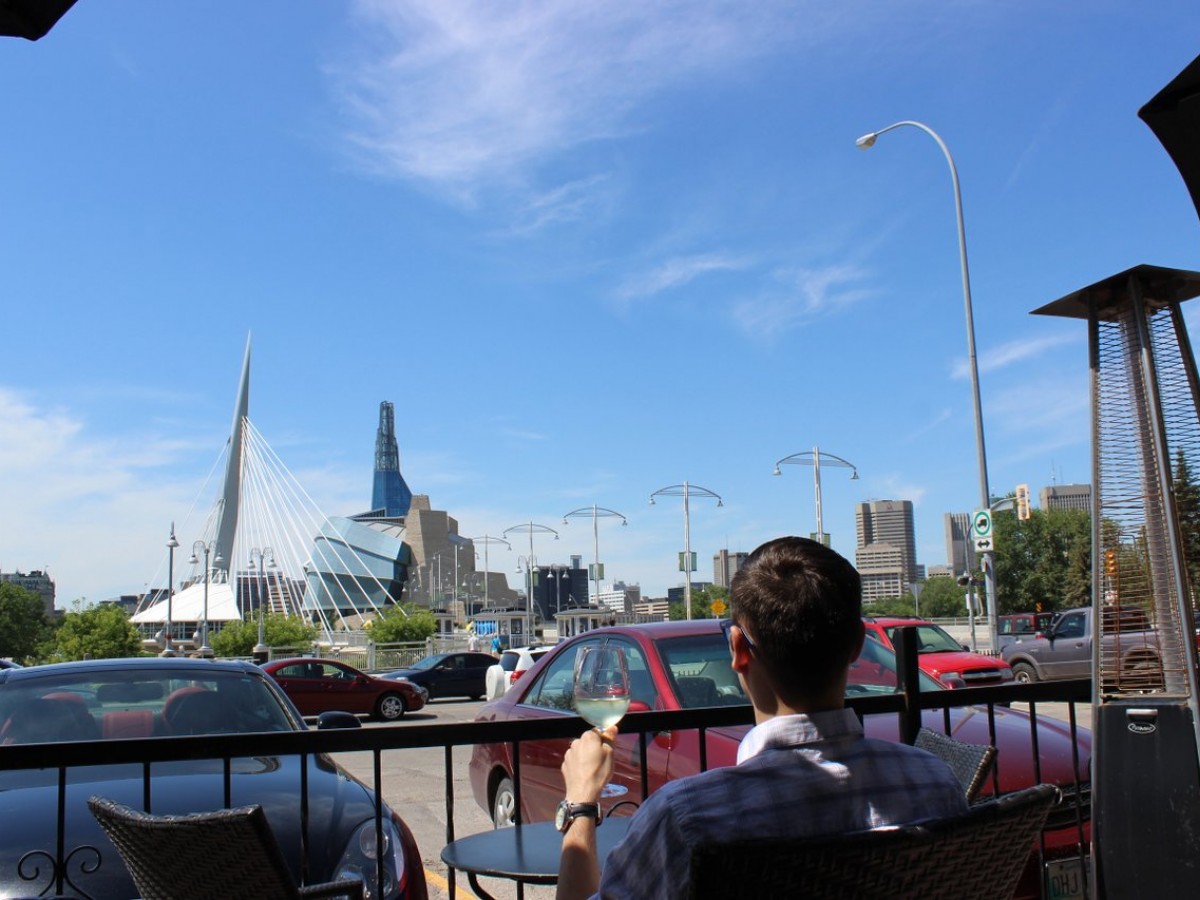 Experience the French flavours of St. Boniface with Tourisme Riel

St. Boniface has so much French flavour, particularly when it comes to its culinary scene.

The city’s heart of francophone heritage and culture is simply splendid in summer, with cute residential areas surrounding main streets like Provencher Boulevard, Des Meurons Street and Taché Avenue, where you can pull up a seat on a café patio and drink in all the amicable ambiance.

Tourisme Riel is all about sharing this experience. That’s why this summer, on every Wednesday night in July and August (5:30 p.m. to 9 p.m.), they are offering the Bon appétit Saint-Boniface Culinary Walking Tour, which will showcase some of the best experiences the neighbourhood (and indeed Winnipeg) has to offer.

The tour starts in St. B’s Old City Hall at 219 Provencher Boulevard, where a knowledgeable guide will introduce you to the history of the area, along with the sculpture garden on the grounds.

From there, it’s on to some of Winnipeg’s best restauraunts for a four-stop multicourse dining experience as you work your way from savoury to sweet with a couple glasses of wine and plenty of historic facts, points of interest and witty anecdotes thrown into the mix.

Photos from our Creative Coffee House at @mystellas au CCFM was a fantastic evening! Thank you to all who came out! All photos of the event are on Facebook! #mbcatholicschools #winnipeghighschool #coffeehouse #creativearts

One stop is Stella’s au CCFM, home to one of the city’s best courtyard-style patios. Here, under a canopy of trees (and often to the sounds of live music), you’ll experience why Stella’s – which has eight locations, the first having opened in 1999 – has become such an institution in Winnipeg.

Just Across Des Meurons Street from Stella’s is where you’ll find Resto Gare and Train Bar Bistro, another stop on the tour. Here, chef Melissa Makarenko works wonders with classic French cuisine, all served in a circa 1913 train station replete with an adjacent train cart dining room. The train cart also frames a charming courtyard-style patio that is studded with plants, providing several settings for your dining pleasure.

Birthday party, family gathering, night out with old friends, small boutique wedding we have many spaces to choose from. Call Linda love today let her and her team make that small get together have have a big lasting memory. #frenchbistro #familygoals #familydinner #frenchfood #pegcity #winnipegfood #winnipegwine #stboniface #stbbiz #cheflady

Another notable French bistro on the tour is Promenade Café and Wine, where the dining room looks across the Red River to The Forks, downtown Winnipeg’s skyline, and the iconic Esplanade Riel and Canadian Museum for Human Rights. For years now, culinary power couple Connie McKane-Brandson and Shaw Brandson (they also own Gibraltar Dining Corp) and their team have made Promenade one of Winnipeg’s most popular restaurants with its luxurious menus and well-curated wine list.

Right across Taché Avenue from Promenade, in fact right on the Esplanade Riel pedestrian bridge, is where the tour provides a sweet ending with some amazing views to boot.

Le Monkey Bar and the brand new Crêperie Ker Breizh greet and bid adieu to visitors who are entering and exiting across the Red River.

Le Monkey Bar specializes in dreamy, all-vegan cool treats, with almost everything made in house, from the popsicles to the dark chocolate peanut butter cups to the plant-based “milkshakes.”

Did you know we have new neighbors this summer! @kerbreizh_in_winnipeg serves sweet and savory homemade gluten free crepes. The Esplanade Riel Bridge is lit

Crêperie Ker Breizh’s owners, Yvonnick le Lorec and Ketty Pichaud, have been dazzling customers with their sweet and savoury crêpes – representing their homeland of Brittany – since they first started appearing at farmers’ markets. They recently won the eighth annual Lion’s Den Grand Prix business competition in April, and have since taken over this kiosk in late May to offer Winnipeg gourmands the chance to taste authentic buckwheat Breton crepes that are made with local ingredients right before your eyes.

Bon appetit Saint-Boniface Culinary Walking Tours run every Wednesday in July and August (July 3 to August 28). Cost is $75 (tax included). Reservations are required and can be made here.

For more on the patios of St. Boniface, check out our 2019 Summer Patio Guide.