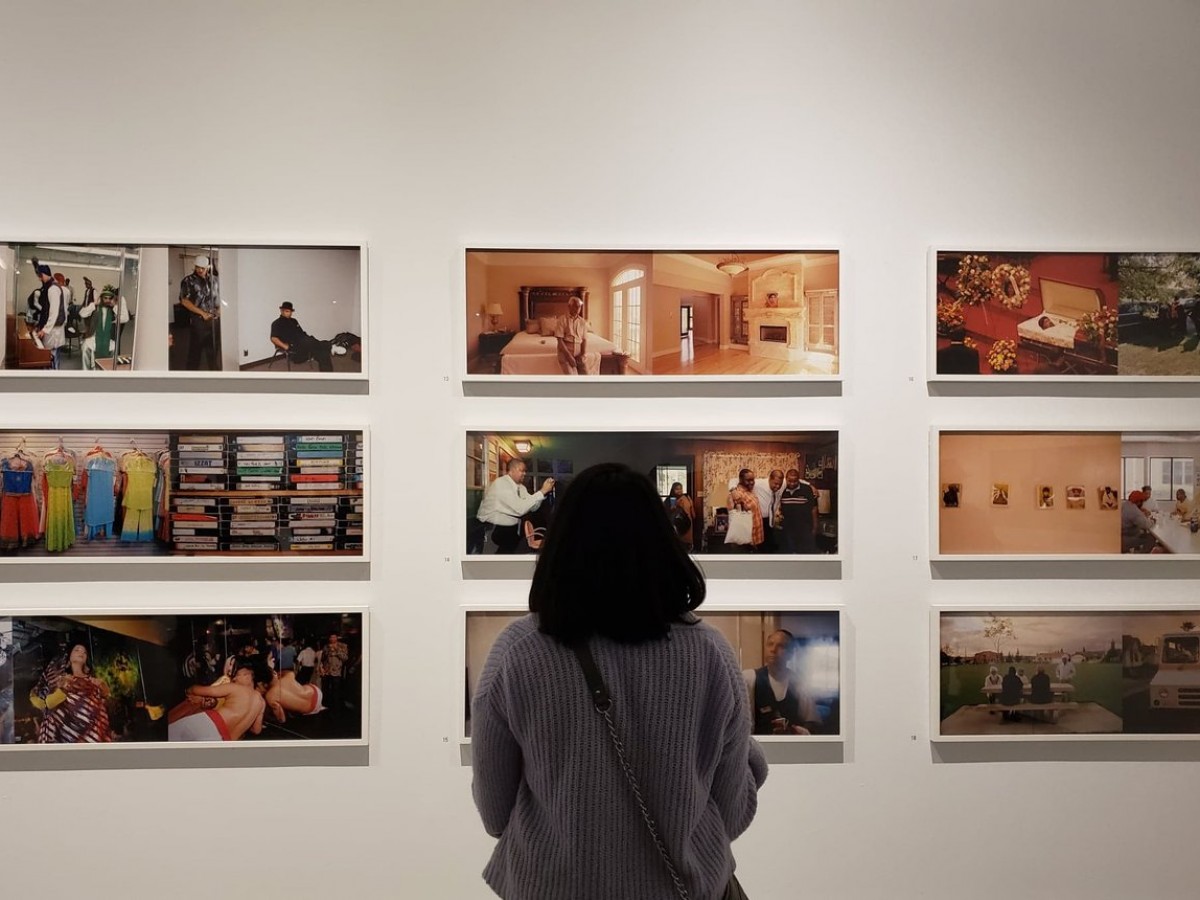 Detail of Gauri Gill: The Americans Exhibition in the Winnipeg Art Gallery (photo by Sarah Ferrari)

Many of us savour art in much the same way we savour food.

The Winnipeg Art Gallery is well aware of this and that’s why each summer they pair the two together for several delectable evenings that will satiate your eyes and palate.

FEAST (June 27, July 11, August 8) combines a culinary experience with the gallery’s latest exhibit, which this summer features Vision Exchange: Perspectives from India to Canada, accompanied by a range of dishes from some of Winnipeg’s best Indian restaurants.

Vision Exchange is a stunning exhibit by contemporary Indian artists (along with Canadian artists with Indian roots) which depicts the Indian diaspora in a variety of mediums, in such a considered way.

It’s truly a mesmerizing exhibit, and to match all the artistic flavours on offer the WAG has teamed up with Clay Oven (June 27), Charisma of India (July 11), and East India Company (August 8) to provide a range of dishes (including plenty of vegan and vegetarian fare) to consume before heading into the galleries for your private guided tour.

As well, on Thursday July 4 and August 29 (both at 7 p.m.), the WAG will be hosting thematic Vision Exchange themed parties on their fabulous rooftop patio. The Cocktail & Indian Fusion Sampler Parties (18 +, $25), will feature a cocktail party with small plates/canapés followed again by a tour of the exhibit. On July 4 you can experience dishes from East India Company’s chef Nitin Mehra, while on August 29 dishes will be prepared by chef Girvir Singh of Charisma of India. Both nights will also feature a signature cocktail that is included in the price.

Throughout the exhibit you are met with vibrant, colourful works, including a giant whimsical inflatable Taj Mahal by Winnipeg artist Divya Mehra whose title – Afterlife of Colonialism, a reimagining of Power: It’s possible that the Sun has set on your Empire OR Why your voice does not matter: Portrait of an Imbalanced, and yet contemporary diasporic India , here in your Winnipeg, among all my Peers inflatable attempt at the Taj Mahal. Acrylic deep base paint, 15' x 15' x 15' – ridicules how a piece of such grand architectural achievement has become cartoonish. (The WAG's decision to place the huge work (it’s over 14 feet tall) beside a wall of European paintings as part of the Salon Style exhibit takes the implication even further.)

Another example is the beautiful map of India and the Pakistan border composed of marigolds, which we first saw during  Art in Bloom when this digitally rendered image was actually recreated in flower form. This work, The cartographer’s mistake: the Radcliffe Line by Sarindar Dhaliwal (a Toronto-based artist born in the Punjab), is the central image for Vision Exchange’s marketing campaign, and a prime example of how a beautiful image is saturated in a colonial history that is still playing out in tragic scale.

There’s an entrancing photo exhibit by Gauri Gill ( Gauri Gill: The Americans Exhibition), featuring portraits of a range of Indian immigrants in America, brimming with personalities and humour (like the Princess Jasmine costume beside a man in a Scream mask), along with mundane scenes (dresses juxtaposed to cassette tapes) that come across as striking.

Another large piece that gets plenty of its own space is Thukral + Tagra’s  Farmer is a wrestler, which depicts the turmoil of farmers in the Punjab who are wrestling one another (full nelsons and all) within a large dial, as if they were caught in the wheel that is metaphorically grinding them down.

Full menus and tickets are available at the WAG website here.

Vision Exchange: Perspectives from Indian on Canada is on at the Winnipeg Art Gallery until September 2.