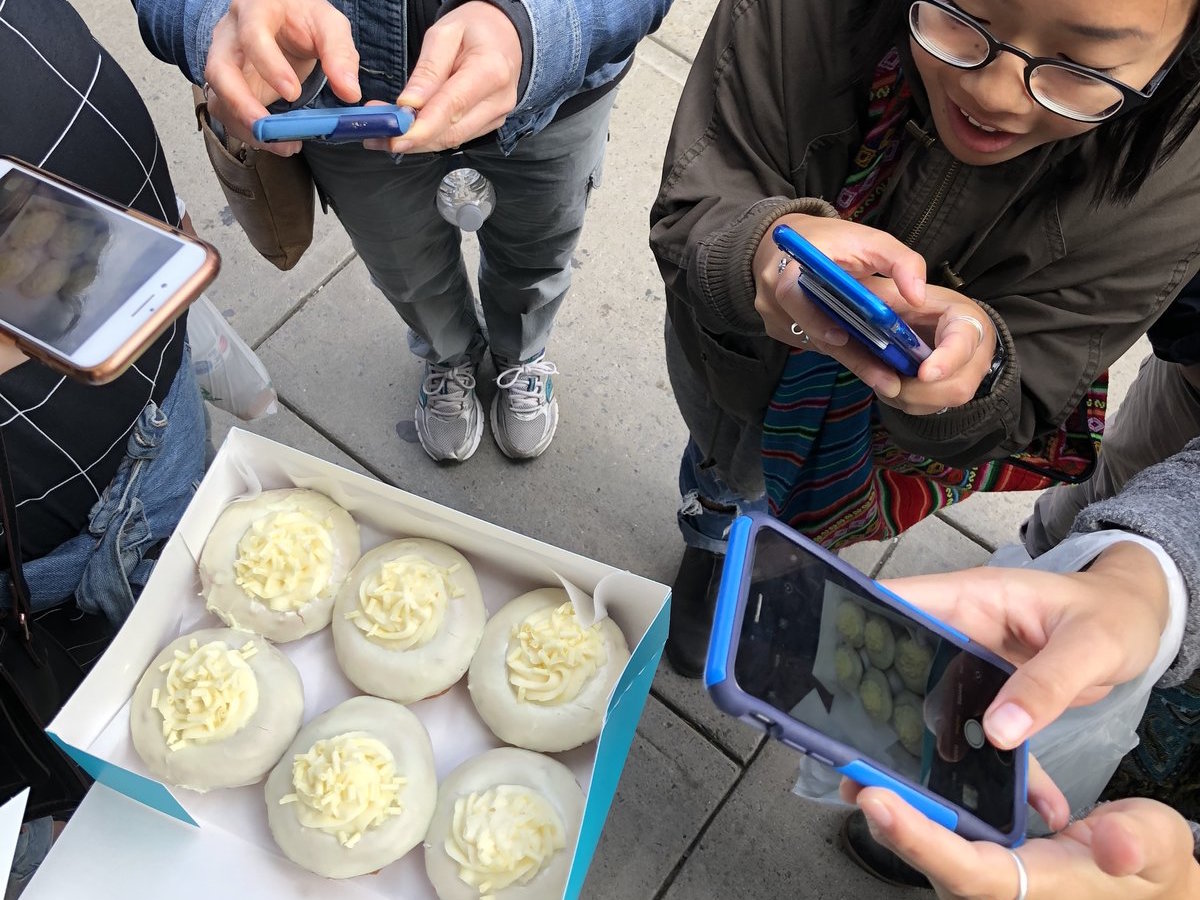 Since 2010, Culinary Adventure Co. has been making big waves on the Canadian food tour scene.

Their highly rated tours have garnered a cornucopia of media coverage, including being featured in National Geographic, USA Today, Lonely Planet, Forbes, Condé Nast Traveler and the Food Network, while in Toronto alone their Escape the City Canoe Paddle + Dining Adventure that has been such a hit that it was designated a Canadian Signature Experience by Destination Canada.

They do an excellent job showcasing a city's best casual food options, including here in Winnipeg, where they are entering what looks to be a promising sophomore season.

The tours below will have that will have your tastebuds rocking while you only have to do a little bit of walking -- and all for the low cost of just $64 to $74 per tour, per person.

As you make your way down the historic streets, stop into  Bronuts to bite into one of their fresh, handmade donuts topped with house-made garnishes. Choose from savoury or sweet flavour options like Roasted Garlic and Asiago, Chocolate Chip Cookie Dough or Strawberry Jalapeño.

Just a few short steps away is Paterson GlobalFoods Institute where you'll learn all about Manitoba's premier culinary school. The 115-year-old building was recently transformed to house culinary training facilities, a cafe and a  restaurant that features food prepared by renowned students and chefs.

One of the highlights of this tour is sinking your teeth into locally sourced, house smoked meat at Miss Browns, where the brisket is so good it once brought us to tears. You'll also taste Canada's best handmade toffee, discover the secret behind stroopwafels and see where big Hollywood names like Richard Gere, Jennifer Lopez and Brad Pitt filmed while in Winnipeg.

MADE IN CANADA FOOD TOUR™

The Made in Canada Food Tour is an ode to all your Canadian culinary favourites. Head inside The Forks Market and immerse yourself in the Canadian food culture by trying out Indigenous bannock and maple syrup like you've never tasted before. You'll be treated to wood-fired pizza with a Canadian twist from The Red Ember, which started as Winnipeg's first wood-fired pizza truck and recently opened a restaurant in The Forks Market because of its popularity.

Step into SMITH, where you'll be welcomed into the warm and modern space to enjoy a Hudson's Bay-inspired spread and drink. The restaurant boasts one of the best craft cocktail lists in the city and each meal prepared is focused on local, seasonal and Canadian products.

During the tour, you'll discover  The Forks, a historic meeting place for over 6,000 years where the Assiniboine River flows into the Red. The site has a rich history and tells the stories of early Aboriginal peoples, European fur traders, Métis bison hunters, riverboat workers, railway pioneers and tens of thousands of immigrants.

The Savour the Forks Food Tour takes you on a journey through the diverse culinary scene within The Forks Market Food Hall. Explore The Forks Market and taste the irresistible local fare from the food emporium before checking out the multitude of local shops that offer everything from Canadian artwork to uniquely Winnipeg souvenirs.

During the tour, try out the Japanese fusion cuisine at Kyu Grill, home to the Heroshima, a robatayaki-inspired skewered sandwich served on a sweet bun with mouthwatering sauces and toppings. They’ve won the People’s Choice Award at Winnipeg's Food Truck Wars four years in a row, so you know it’ll be a delicious stop on the tour.

Continuing through the endless options in the market, find out why people dub Fergies Fish’n Chips the best in the country by biting into perfectly battered pickerel paired with crisp chips and tartar sauce.

This tour also has your sweet tooth covered. Savour some of Winnipeg's most Instagrammable sweet treats at Jenna Rae Cakes, a boutique bakery known for its elegantly designed, freshly baked goods. You'll find it hard not to snap a few pics after seeing the photo-worthy creations.

While you're eating your way through the market, you'll find out why The Forks is Winnipeg's number one destination by connecting with the incredible people that help make the site so special.

For more info or to book one of these delicious tours, head to Culinary Adventure Co.